The Brigade of Gurkhas are delighted to be able to congratulate the following on their inclusion in the Queen’s Birthday Honours List 2017. 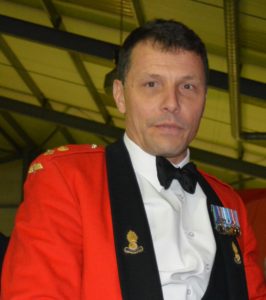 Lieutenant Colonel Richard Walker served as Commander 36 Engineer Regiment and Commandant Queen’s Gurkha Engineers over a hectic period which saw the Regiment deploy on a number of operations around the world.  Key to this was spearheading Operation MARMAT, the British

Army’s response to the devastating Nepalese Earthquakes of 2015.  Over an 18 month period almost 300 members of the British Army (the majority of whom were Queen’s Gurkha Engineers) deployed to Nepal to assist in the rebuilding effort.  Simultaneously 36 Engr Regt played a significant role in supporting Operation TOSCA 24 and the political negotiations between the United Nations, the Republic of Cyprus, and Turkey.  Additionally, personnel deployed on Exercise ASKARI STORM, continued to support Lead Commando Group activities, and provided personnel to various UK resilience operations.  Beyond this, Colonel Walker led the re-roling to a Force Support Engineer Regiment and delivered support to Public Duties and the Gurkha 200 celebrations, 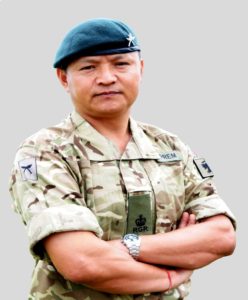 He consistently improved the lives of others while enhancing the reputation of the Army and the sheer volume of his work has been inspiring.  He worked tirelessly to support those men and their families selected for redundancy as a result of changes to Gurkha Terms and Conditions and cuts to manpower as they adjusted to unwelcome news.  At the same time, he was also the face of the Battalion in the local community as Gurkha families began to settle in the area.  He left no stone unturned and reached out across the south of England to local leaders and community councils to ensure Gurkha families were successfully integrated into the communities they settled in and in doing so he created bonds of friendship and trust that have paid significant dividends.  Inundated with offers of support from the communities he had built such strong links with following the devastating earthquakes of 2015, he coordinated the community reaction superbly, doing so with customary humility and grace whilst also playing a critical role in supporting affected soldiers and families.

Away from his exceptional efforts caring for others, Major Prem has also been crucial in the delivery of operational output.  He was ever present as the Battalion prepared for; flood-relief, support to the Commonwealth Games, training teams in Mali, disaster relief in Nepal and a deployment to Afghanistan and instrumental in their successful delivery, often quietly working in the background to solve issues others could not.  He has also been the face of the Battalion, most notably during events to mark 200 years of Gurkha service to the Crown.  From planning and hosting Royal visits to delivering Public Duties he has been consistently immaculate.

AWARDED A COMMENDATION BY THE CHIEF OF THE GENERAL STAFF 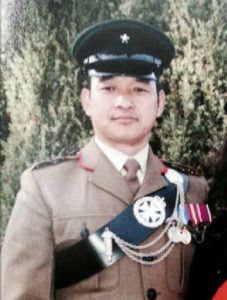 Appointed as Training Officer, Gurkha Company Catterick in August 2014, Captain Ganesh was a key figure in the Company during the earthquakes which hit Nepal in 2015.  In the immediate aftermath Captain Ganesh was central in supporting the staff and recruits of Gurkha Company. As the sole enduring Officer in the Company for 2015, Captain Ganesh took on the responsibility to care for, and guide the Company through the most uncertain period in Nepalese history. He provided a level of leadership, understanding and compassion far in excess of the norm.  He was also the driving force behind the fund raising which then took place – raising over £25,000 for the Gurkha Welfare Trust Earthquake appeal.

Against this he was also coping with the increase in recruit numbers which, from 2014 – 2015 almost doubled and as the training progressed Captain Ganesh remained at the forefront of training delivery, not content to maintain the status quo, he championed any number of training initiatives all of which have had a significant impact on the quality of training being delivered which meant that at their Pass out Parade the recruits were able to delight in results far in excess of their British counterparts.

For his excellent work, dedication to duty and personal sacrifice Captain Ganesh Rai is awarded a CGS Commendation.