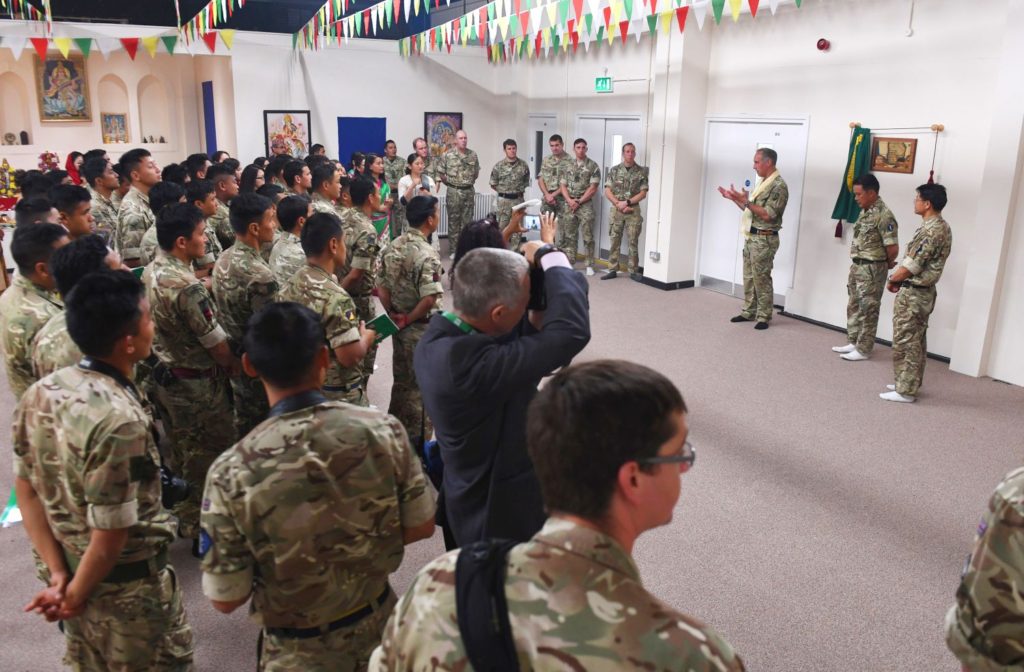 Until now, Gurkha families have had nowhere in the immediate area to pray with the closest place in Cheltenham, which is a forty minute bus ride away.

“With the growing number of Gurkha Soldiers and their families this is very important,” said British Army Major Chinbahadur Thapa, a Gurkha officer assigned to the ARRC Support Battalion. “When I first arrived there were 25 of us praying in a single small room, now there are over 100 Gurkhas [and their] families.” 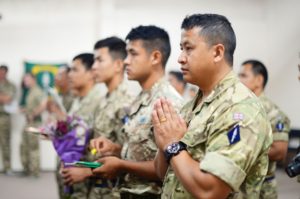 With a 45 percent increase in the makeup of ARRC Support Battalion personnel coming from the Brigade of Gurkhas over the past few years, the facility will provide a spiritual and religious hub for all Gurkha personnel and their families. 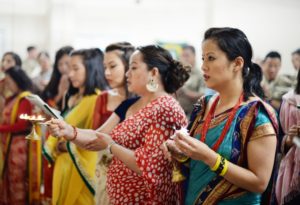 The facility, provided by the ARRC Support Battalion, will be used as the centre of all Gurkha cultural events throughout the year such as Dashain

“It is [a] fitting step forward in the transition of our organisation being enhanced by a significant amount of Gurkha soldiers,” said British Army Lieutenant Colonel Nick Abram MBE, commander of the ARRC Support Battalion. “The Gurkhas and their families really add to the unit’s community spirit and they truly deserve a fitting place of worship.”

Primarily for ARRC Hindu personnel and dependants, the temple will likewise present an opportunity for wider engagement with the local Hindu community as a way to host others in a place they can call their own.