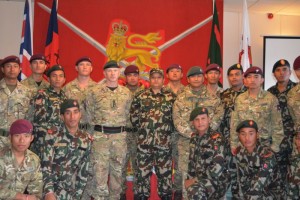 Well done to A Company 2 RGR on their gold medals on Exercise Cambrian Patrol and to the team from the Nepalese Army who received bronze medals on 18th October.

The Nepalese Army team have been training with the Brigade Training Team prior to the event so that the Nepalese Soldiers had the best chance of performing to the maximum of their ability, and they certainly did very well on this tough and difficult event. 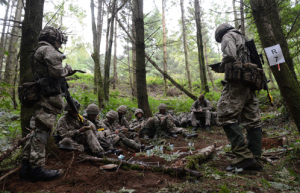 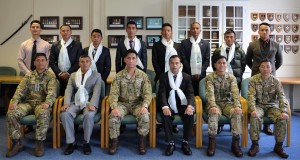 On the 20th October the Nepalese Army Cambrian Patrol team visited HQ Brigade of Gurkhas. They were welcomed by  Major Dammarbahadur Shahi (SO2 Personnel & Policy) on their arrival. Where upon they were taken to the conference room for a brief about the current news of the Brigade from Captain Lalitbahadur Gurung (Queen’s Gurkha Orderly Officer).