Dashain Celebrations took place in Estonia on Operation CABRIT led by Gurkhas currently assigned to support the tasks in Estonia working with our NATO partners.

The Brigade of Gurkhas has a number of Gurkhas currently deployed on Operation CABRIT in Estonia.

They took the chance to invite other soldiers, officers and dignitaries from the wide range of NATO countries currently supporting the operation in Estonia to the celebration. This gave them the chance to show them some of cultural and religious activities so they can learn about us in a relaxed environment. 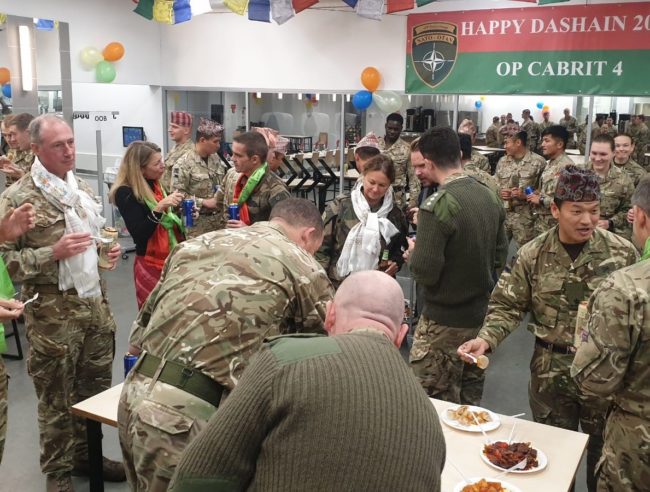 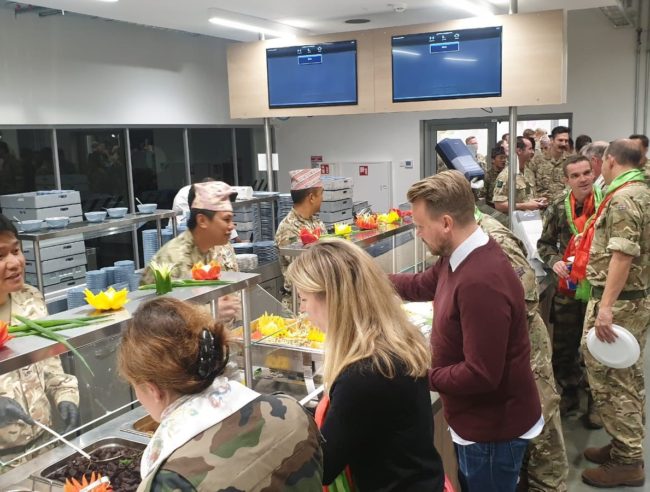 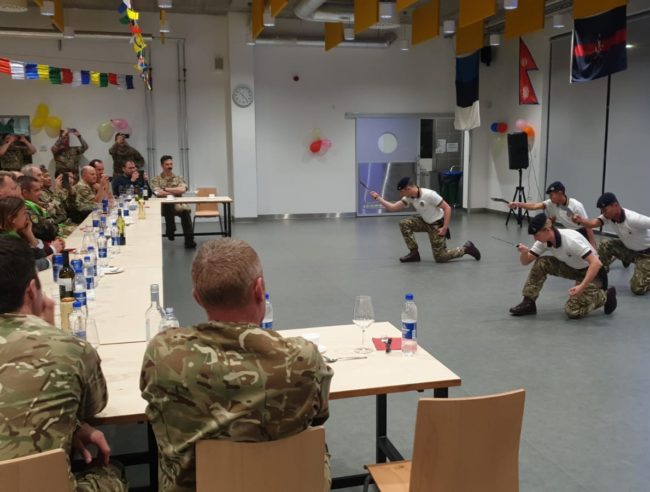 Operation CABRIT is the name of the UK operational deployment to Estonia where British troops are leading a multinational battlegroup as part of the EFP. UK Armed Forces have a leading role in NATO’s Enhanced Forward Presence (EFP) in the Baltic States in order to enhance Euro-Atlantic security, reassure our Allies and deter our adversaries.

The EFP in the Baltic States is a deployment of robust, multinational, combat-ready forces to Estonia, Latvia, Lithuania and Poland, on a persistent, rotational basis. About 900 British personnel will rotate on a continuous basis alongside Danish, French, and host nation Estonian forces, with the King’s Royal Hussars currently providing the bulk of the combat capable force.