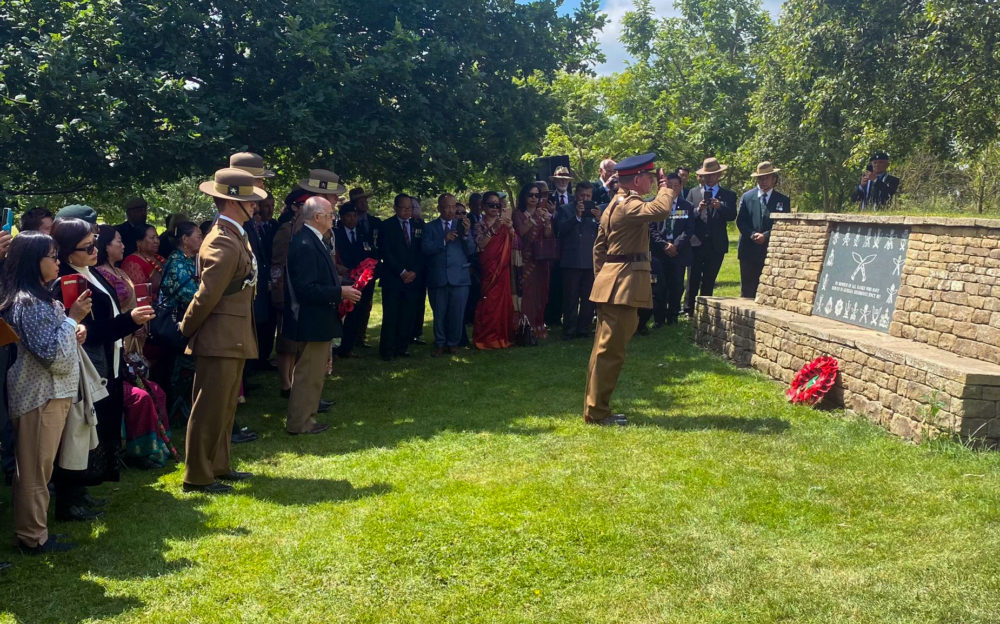 The Brigade of Gurkhas remembers those lost during the Falklands War

A service has taken place at the National Memorial Arboretum (NMA) in Staffordshire on the 14th of June 2022 to mark the 40th anniversary of the Falklands war.

Prior to the main event the Gurkha Brigade Association led their own memorial service around the Gurkha Memorial in the grounds of the NMA. It was a time to reflect and give thanks to those from 7 Gurkha Rifles (7GR) and other Gurkha personnel assigned to the Battlegroup for the Falklands War. 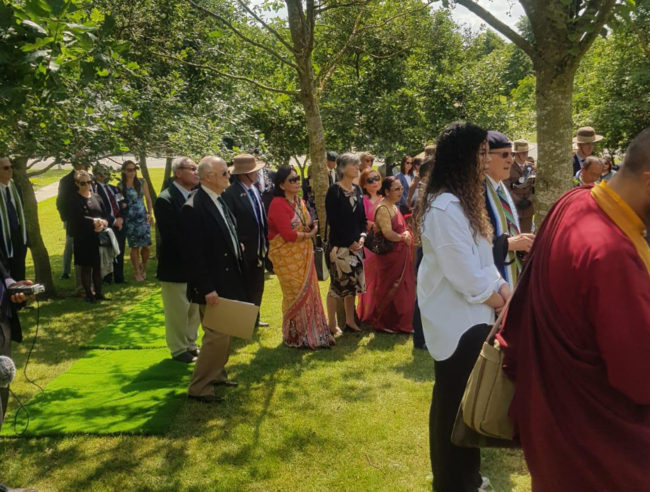 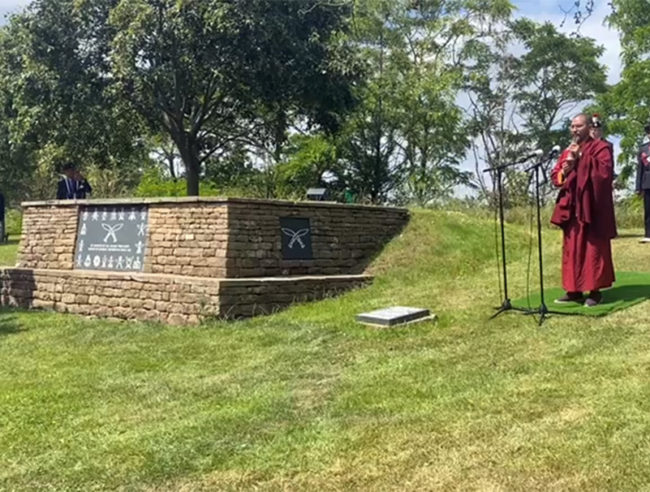 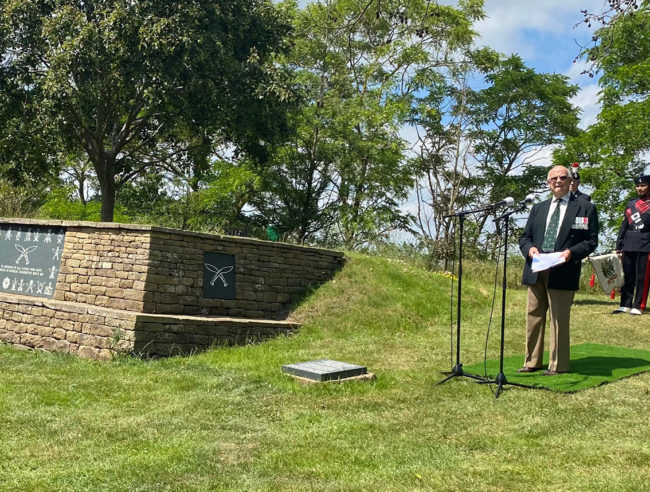 The main service took place at the centre of the National Memorial Arboretum in Staffordshire.

The Royal British Legion invited veterans, civilians and bereaved family members to the service at the Arboretum in Staffordshire to remember the end of the conflict in 1982, after weeks of fighting.

The conflict lasted 74 days, during which 255 British troops and three Falkland Islanders died, as well as 649 Argentinian military personnel.

Their names are inscribed on the Armed Forces Memorial at the Arboretum.

Watch the main event highlights by the British Legion

The history behind the war and the Gurkhas involvement

In early 1982, against a background of severe Argentinian economic unrest, the ruling military junta of Argentina attempted to use the longstanding dispute over the islands to stir up patriotic Argentinian feelings and ordered an invasion of the islands to assert their own claims to sovereignty. Despite initial successes after the arrival of invasion forces on April 2nd, Argentinian calculations that the British government would not be able to effectively respond proved incorrect. Soon British troops and ships were mobilized to retake the Falkland Islands under the codename Operation Corporate.

With the outbreak of hostilities, the 1st Battalion of the 7th Duke of Edinburgh’s Own Gurkha Rifles prepared for potential deployment to the Falklands as part of the 5th Infantry Brigade. Newly arrived in the Brigade, there was initial doubt about their inclusion, but after intense lobbying by the British Defence Attaché in Kathmandu the Battalion moved to Sennybridge in Wales for pre-deployment training alongside battalions of the Scots and Welsh Guards.

After training the Battalion returned to their Church Crookham Barracks (in a somber mood after the death of Sgt Ramparsad Limbu in a training accident) and received up-to-date radio equipment and were much photographed by the British press due to their upcoming deployment. They were also issued with two General Purpose Machine Guns per section, eight .50 heavy machine guns and MILAN anti-tank missiles, making the Battalion one of the most heavily armed in the upcoming conflict.

By May 12th the Battalion was ready to deploy and the men (alongside four members of 541 Troop of the Queen’s Gurkha Signals) were piped aboard the QE2 ocean liner at Southampton docks. For the next three weeks the soldiers kept fit and active despite their cramped surroundings, training under a programmed of ‘Tactical Exercises Without Land’ and celebrating the Battalion’s 80th Birthday during the voyage.

After the Gurkhas successful action at Mt. Tumbledown and Mt. William, the Battalion was poised to lead the assault on Port Stanley itself. However, instead the Battalion was ordered to hold its position and shortly afterward the Argentinian forces surrendered, ending the Falklands War. The Gurkhas spent a further two nights camped out in their positions before returning to Goose Green to help with the large-scale clean-up operation. It was at this point that the Battalion suffered its only fatal casualty. Lance-Corporal Budhaprasad Limbu was killed whilst working on filling in trenches when his spade struck and set off a hidden grenade. Later in 1982 Corporal Krishnakumar Rai of the Queens Gurkha Engineers would also be killed whilst engaged in similar work.

For the next several weeks 5th Brigade remained on the Falklands to help clean up the post-war chaos, boost the morale of the local population and train in the open spaces that the islands offered. By early July the Gurkhas had begun to send advance parties back to the UK and the main body of the Battalion followed shortly afterwards, sailing to Southampton on board the SS Uganda. On August 9th the 1st Battalion 7th Duke of Edinburgh’s Own Gurkha Rifles marched through the town of Fleet to a warm and welcome reception by the local residents, exactly 90 days after they had left for the Falklands. 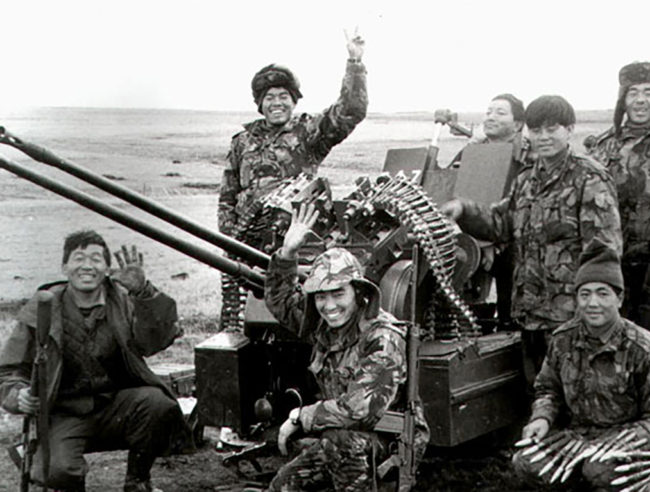 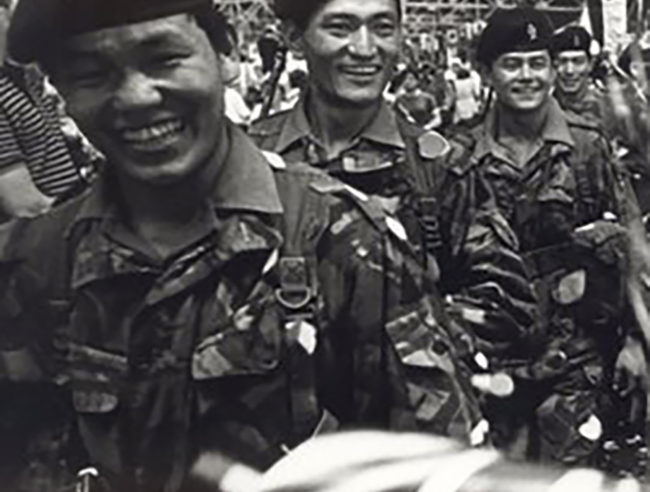 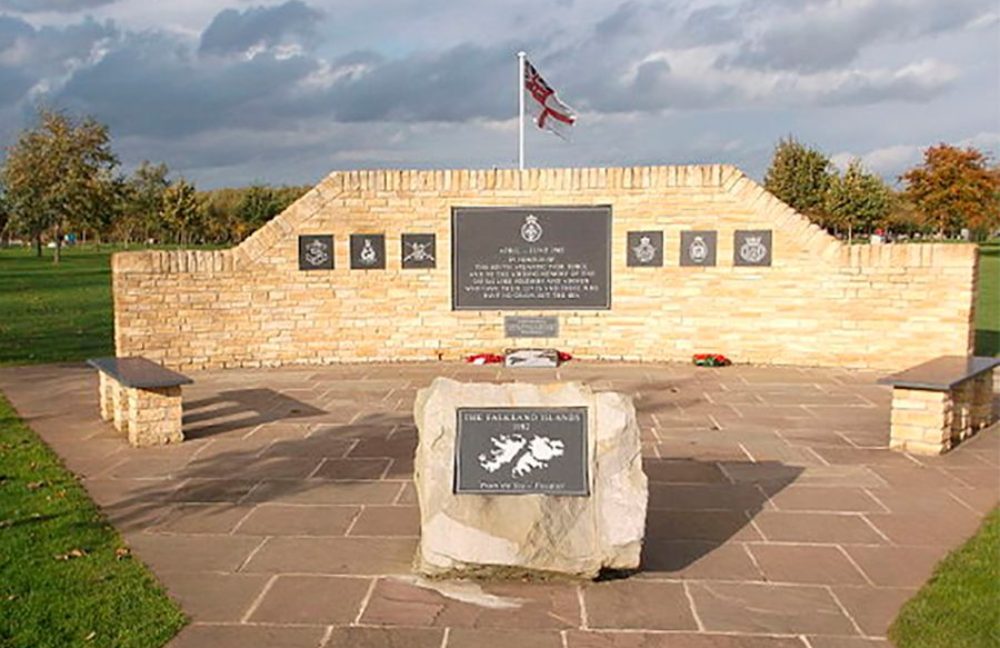 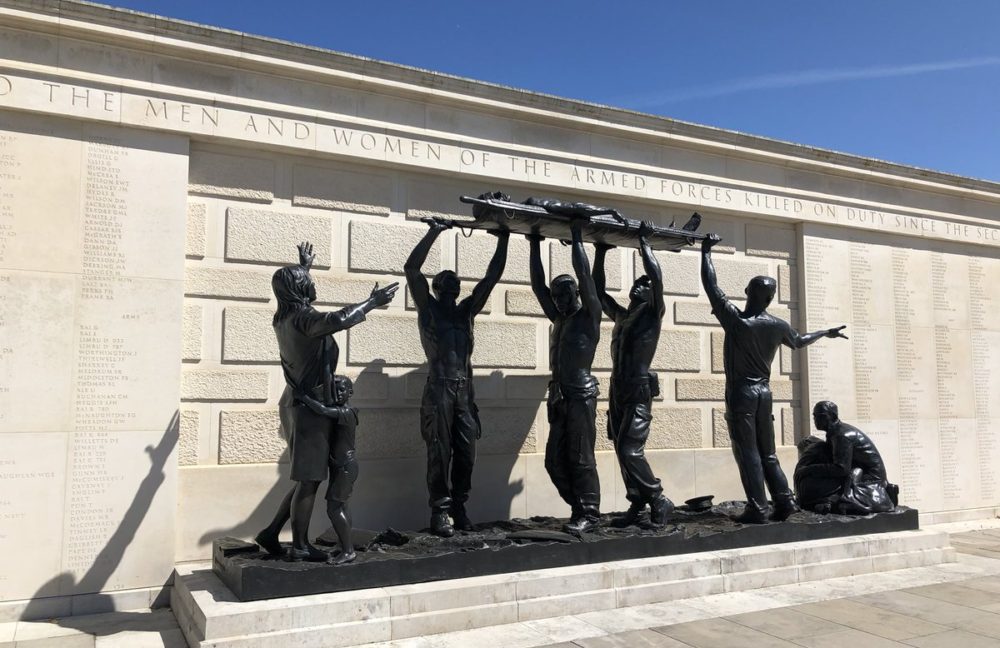