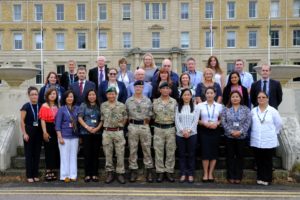 The training day was attended by all GSWs and Community Support Development Workers from relevant regions within the UK.

The event commenced with an opening address by Colonel Army Welfare Service, Colonel Nick Makin. The programme of the day also included a brief on the serving Brigade of Gurkhas, which was delivered by Deputy Chief of Staff, Major Surya Rai. 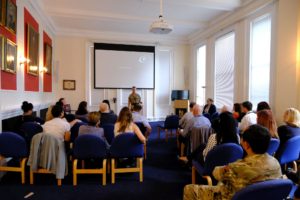 Prior to the Brigade of Gurkhas brief, the attendees were given a guided tour of Robertson House including Headquarters offices by SO2 Personnel Policy, Major Dammar Shahi.

The training day was aimed at increasing the awareness on Gurkha cultural aspects as well as the welfare requirements specific to the Brigade of Gurkhas.

The key outcome of the day’s event remained the development of mutual understanding between Army Welfare Service and Gurkha units. Other areas included the review of the GSW Job Description and reporting procedures.