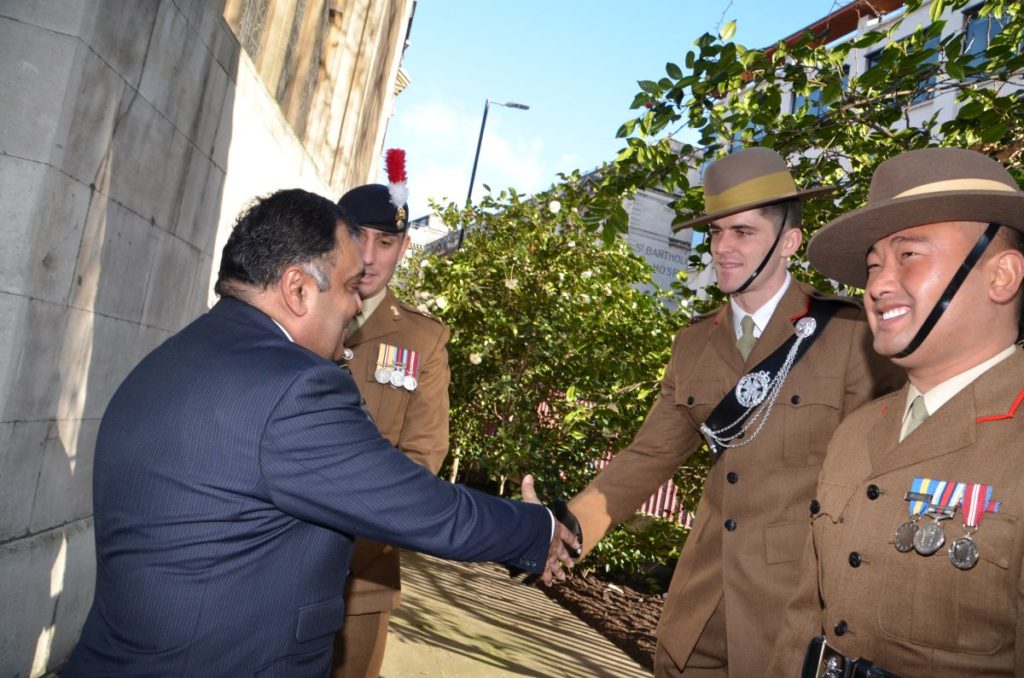 Members of 1 Royal Gurkha Rifles were invited by the High Commissioner of India Mr Y K Sinha to an event in London who paid homage to the valiant soldiers and officers of 1/5 Gurkha Rifles and the 1st battalion of the Royal Fusiliers at a simple and poignant ceremony at The Church of Holy Sepulchre (Holborn) in London. 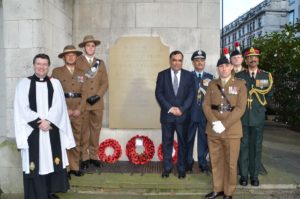 The two Battalions fought shoulder to shoulder in Italy during World War II as part of the 8th Indian Infantry Division. Today’s Ceremony commemorated the Battle of Mozzagrogna in November 1943.

At the end of War, in an impressive parade, 1/5 Gurkha Rifles presented a silver Khukri to the 1st Battalion of The Royal Fusiliers to cement their special bond forged in battle.

The High Commissioner  recalled his deep association with the 5th Gurkha Rifles of the Indian Army. His father had commanded 3/5 GR during the Indo- Pak conflict of 1965 and was later Colonel of the Regiment and President of the Gurkha Brigade of the Indian Army. 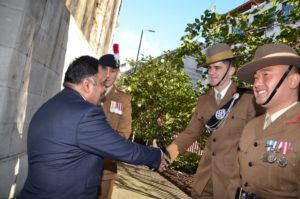 The solemn ceremony was attended by veterans of the Royal Fusiliers, serving officers and soldiers of that regiment as well as the Royal Gurkha Rifles of the British Army. The Defence and Military Advisers of the High Commission also attended the ceremony.