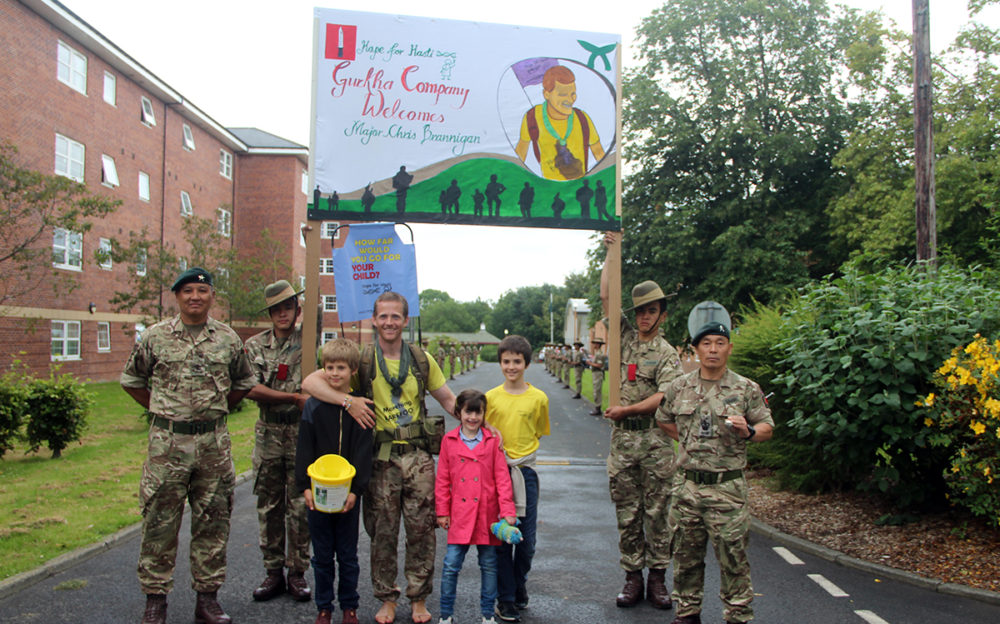 He started a challenge in which he planned to walk 700 miles barefoot with 25kg on his back and full combat kit including body armour in a bid to fund research into his daughter’s rare genetic condition.

On 4th August, Major Brannigan was received by Gurkha Company in Catterick. He and members of his family, including his daughter, Hasti, were warmly welcomed with the Guard of Honour followed by a zestful CQC Khukuri drill. 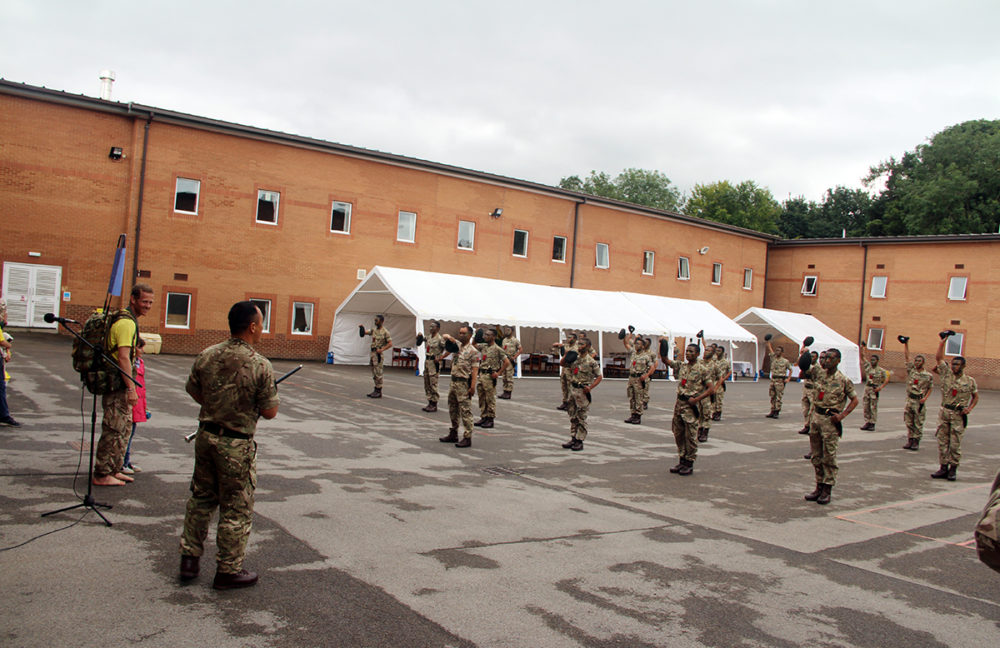 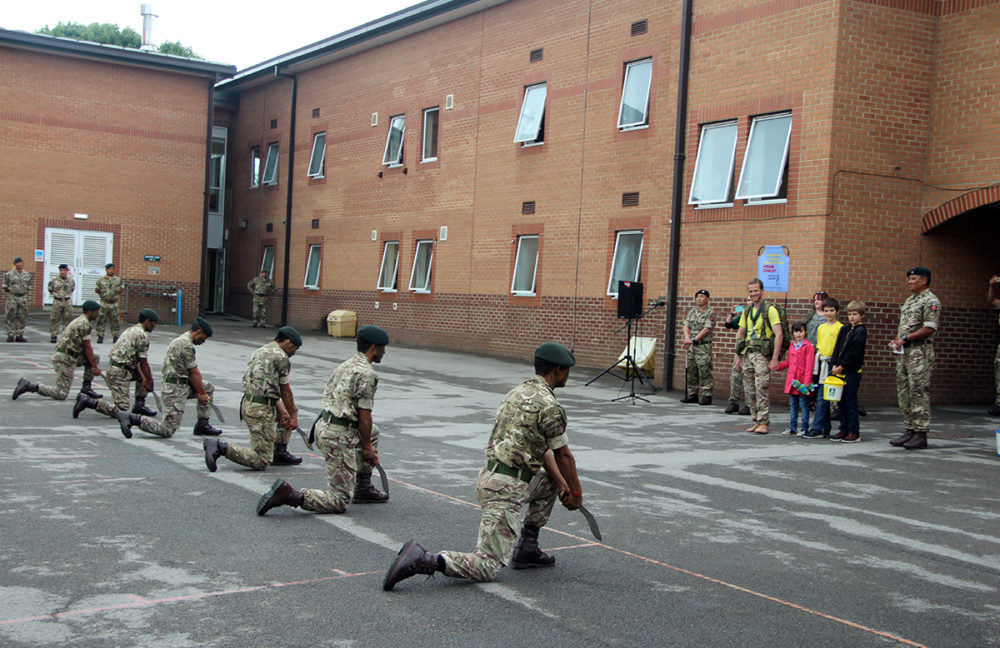