Inauguration of Gurkha Village at Sandhurst

The original Gurkha village at the Royal Military Academy Sandhurst (RMAS) was built in 1996 by the Queen’s Gurkha Engineers. The site reflects typical buildings of Nepal. 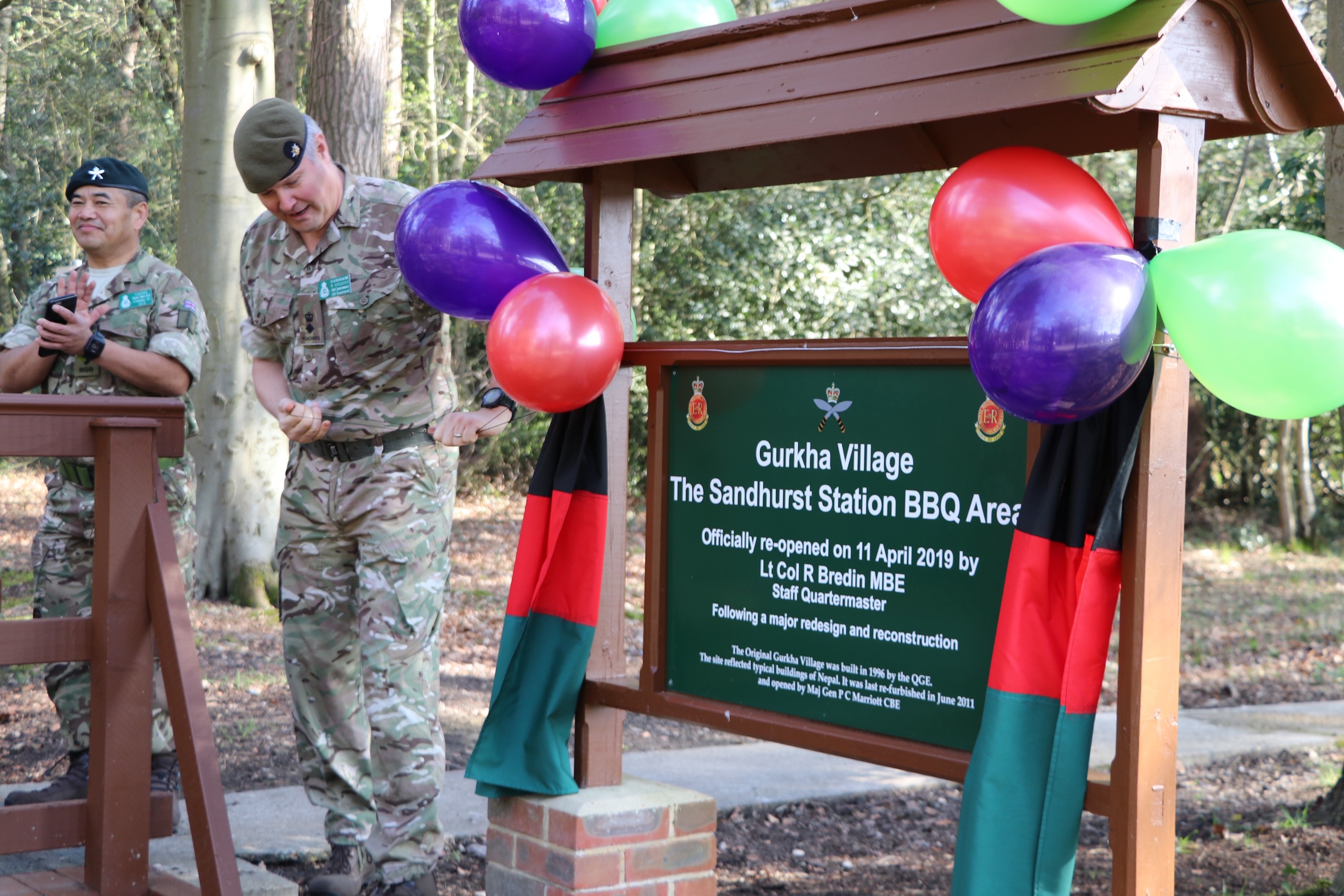 It was last re-furbished in June 2011 and opened by the then Commandant, Major General Patrick Marriott CBE. For many Gurkhas RMAS is their second home, where they organise many communal activities, social gatherings and official events. Therefore, it is imperative to keep, safeguard and maintain such a facility to promote our team bonding and unity, prevent boredom for ‘Muglis’ and most importantly to foster our ‘Kaida’, tradition and identity. Captain Dipakraj Ghale (Second in Command Gurkha Company Sittang) put a significant level of effort into sourcing funds and developing the design for the reconstruction project which took place in 2018/19. 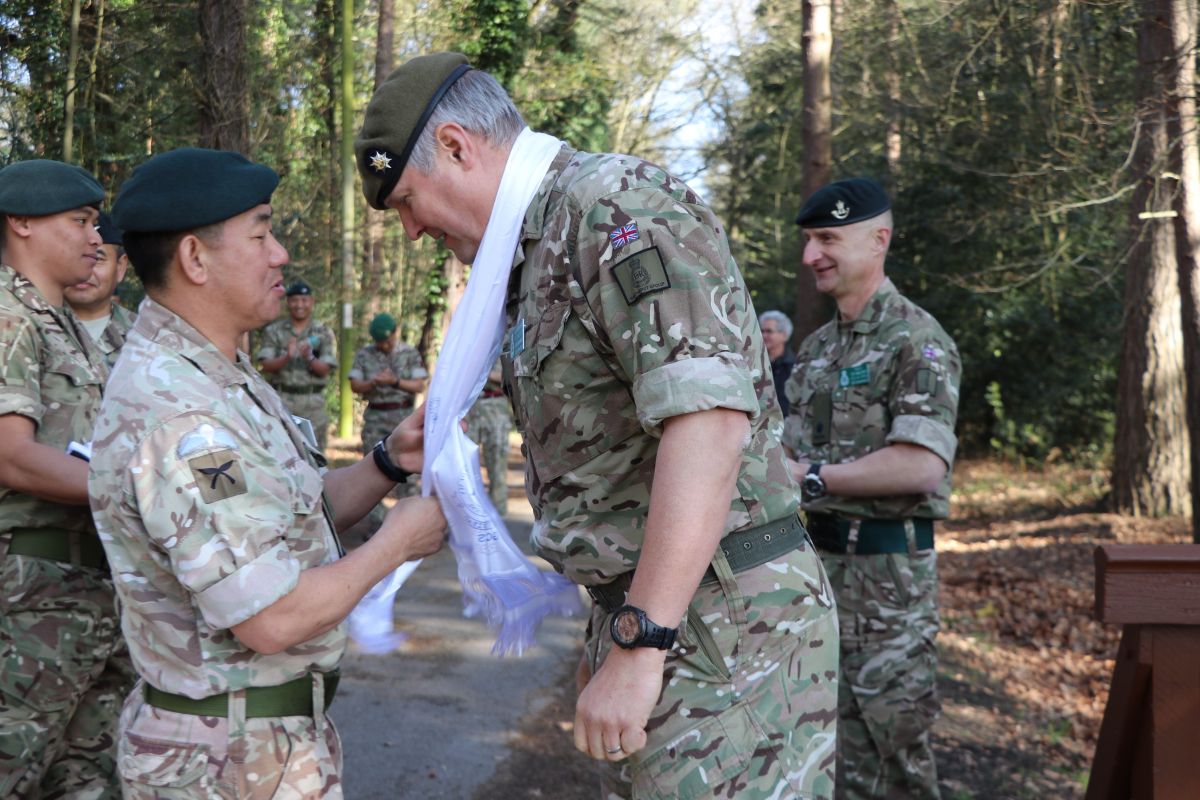 We would like to extend our sincere gratitude to Lieutenant Colonel R Bredin MBE (Staff Quartermaster at Sandhurst) in supporting the initiative and making himself available for the official inauguration of newly designed Gurkha Village on 11th April 2019.