Kushal Limbu, Ex 2 RGR soldier grabs a gold, silver and a bronze for Great Britain in the Invictus Games 2014

Rfn Kushal Limbu, Ex 2 RGR won a Gold Medal for GB on the 200 meters Mens final and grabbed a Silver Medal on the Mens 100 meters final, missing the gold by fraction of a second in the Invictus Games that was held yesterday at the Lee Valley Athletic Centre in London.

Over 400 competitors from 13 nations are taking part in this international sporting event for wounded, injured and sick Servicemen and women.

Ex Rifleman Kushal who lost both his legs below the knee in Afghanistan, has his sights firmly set on the next year’s Paralympics.  Kushal had to have his legs amputated below the knee when his vehicle struck in an IED in Musa Qala on 15 November 2008.

The 31 year old Ex Gurkha said -” I always wanted to run, and I think I was pretty fast when I was in college, but I never had the chance to compete at a higher level when I had my legs. So when I realized I would get running blades one day… well I remember when the doctors came to see me after my surgery and they asked me if I had any questions, and I replied: ‘when am I going to get my running blades?”  He also praises for the immense support that he has received from his families, friends and colleagues from the Brigade of Gurkhas

Furthermore, Vinod Budhathoki, 29,(Retd) 1st Royal Gurkha Rifles who lost his legs and an index finger in May 2010 after stepping on an IED in Helmand Province is also taking part on the Cycling event on 13 Sep in the Lee Valley VeloPark track while Anil Gurung, an Ex- 2RGR Gurkha together with LCpl Netra Rana, a serving Gurkha from 1 RGR are teaming up together with their British counterparts for the Sitting Volleyball representing GB, which is scheduled for 14 Sep in Queen Elizabeth Olympic Park.

Road Cycling on 13 Sep is a free event.  For further info about the event please click here. Full address for the venue is:

Kushal after receiving his silver medal for the 100 meters mens 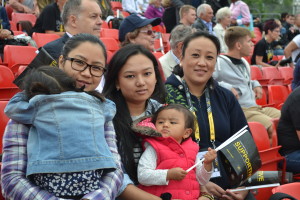 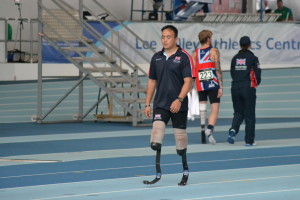 Warming up before the actual race 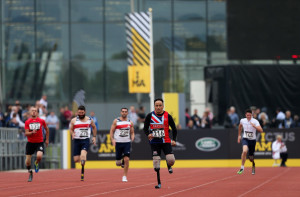 Kushal winning the Gold Medal in the 200 meters mens final 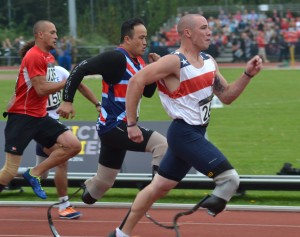 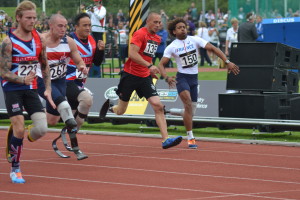 Kushal during the 100 meters mens final