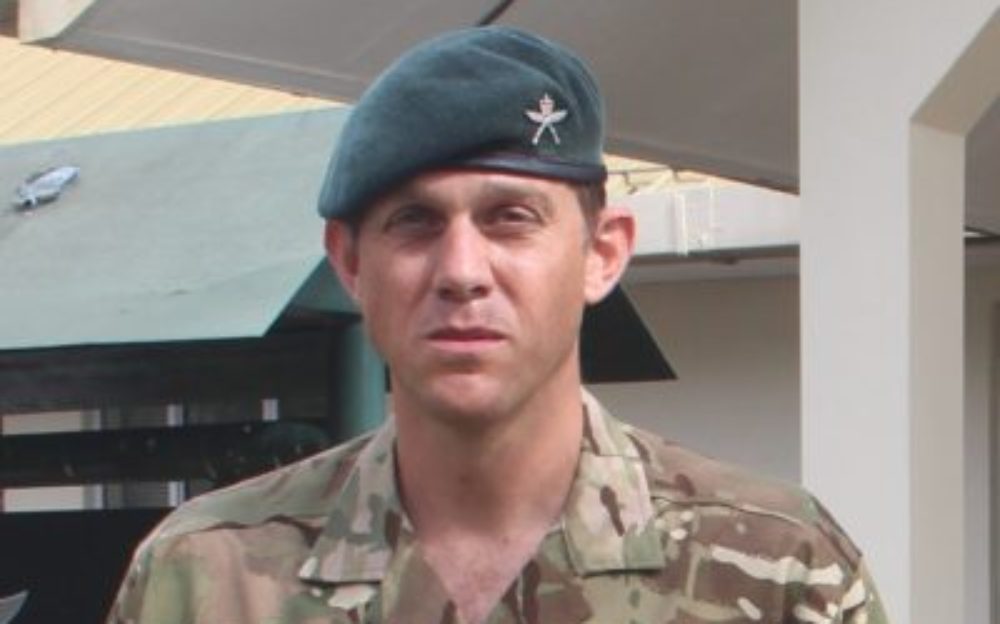 New Commanding Officer for The Second Battalion, The Royal Gurkha Rifles who are currently based in Brunei.

During his career he has been deployed on operations and exercises in Afghanistan, Northern Ireland, Cyprus, East Africa, Brunei and Nepal.

He commanded The Second Battalion, The Royal Gurkha Rifles (2 RGR) Reconnaissance Platoon, and as a Company Commander in The First Battalion, The Royal Gurkha Rifles (1 RGR) was responsible for the UK’s delivery of the Afghan Local Police programme, working with the UK Foreign Office, the US Department of Defence and the US Special Operations Task Force (W).

He has completed staff roles at Divisional level and Army Headquarters, supporting the British Army’s global humanitarian support operations, including the 2014 Ebola crisis in Sierra Leone and the UK’s response to the 2015 earthquake in Nepal. He was also assigned as the Second In Command 2 RGR and Chief-of-staff, Command and Staff Tactical Training Group as part of 16 Air Assault Brigade.

In 2016 he was made a member of The Most Excellent Order of the British Empire (MBE) and was chosen as the most outstanding soldier at The Sun’s Millies awards ceremony in 2016. He has spoken extensively on leadership, with highlights being the British Army’s launch of the Army Leadership Code, the Oxford Union, Trinity College Cambridge, Harvard alumni, and has appeared on BBC’s Panorama and Radio 4’s Today Programme.

In July 2020, he completed the British Army Advanced Development Programme with the British Army, working with McKinsey and Company, and the Forward Institute, while completing an MBA at Henley Business School. During the programme he worked extensively on the British Army’s Industrial framework and strategy, digital transformation and refining elements of the British Army’s leadership code. He was appointed Commanding Officer The Second Battalion, The Royal Gurkha Rifles in August 2020.

In his spare time, he has climbed many of the world’s highest mountains in Nepal, Africa, North America and Europe. In 2014, he was selected to lead the British Army’s expedition to climb the south side of Everest. His Gurkha climbing team returned to Everest in 2017 and became the first successful summit team on the south side that year, placing 13 soldiers on the summit; a first for any British Military expedition.

Find out more about The Royal Gurkha Rifles