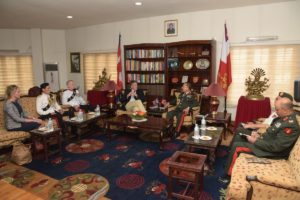 As Deputy Chief of Staff (DCGS) of the British Army the visit aimed to reinforce the continued close relationship and support with Nepal.

On arrival he attended a supper at the BG Kathmandu (BGK) camp and made a speech when he provided an update on Brigade issues and thanked all for their excellent work supporting the Brigade. 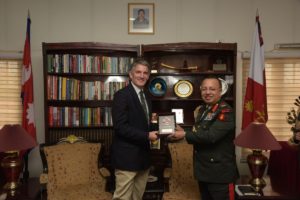 On the Tuesday morning he had an office call with the Nepalese Army Chief of Army Staff (COAS), General Rajendra Chettri, where they discussed issues of common interest. 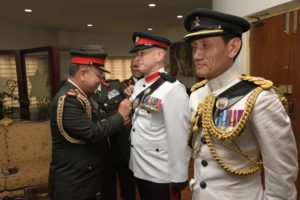 After the discussion General Chettri presented Chief of the Army Staff Commendations to Colonel BG and Major Dhanbahadur Gurung MVO from the UK Embassy’s Defence Section for their work in enhancing UK-Nepalese Army relations and DCGS was delighted to be able to present General Chettri with the official British Army Headquarters Cap.

Next in the programme Lieutenant General Pope had a meeting with the Foreign Secretary at which Colonel BG provided an update on the Brigade. 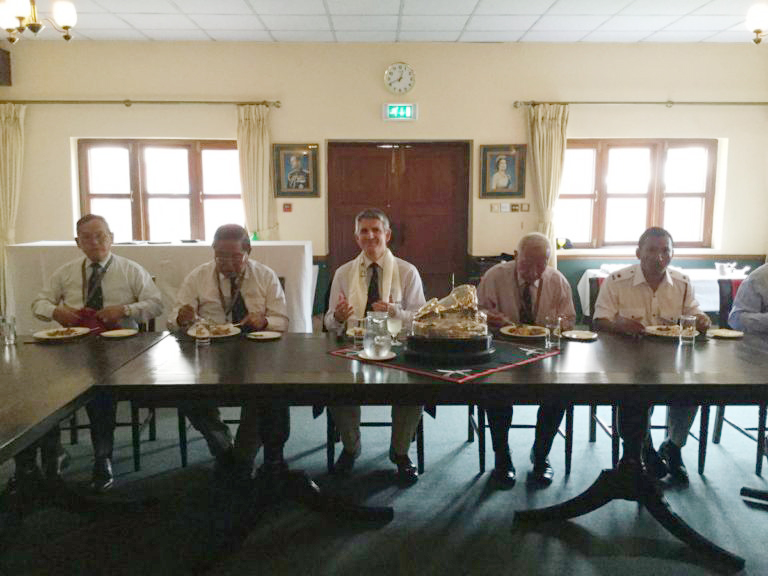 He then attended a lunch with the members of the Regimental Associations Nepal (RAN) when he provided an update on veteran issues and reminded them of the importance with which he views their feedback. Afterwards he had a meeting with the UK Department of International Development (DFID).

The next morning he flew to Pokhara and attended the GWT Nepal Conference when he reminded all of the close relationship the Trust has with the Ministry of Defence. Colonel BG also provided an update on the serving Brigade.

In the evening a function was held at Lakeside when he met Area Welfare Officers, Medical staff, wives of AWOs and other staff and received feedback on the current change programme.

The following morning he flew back to Kathmandu and spent a few hours with staff at British Gurkha Kathmandu before his flight back to UK.