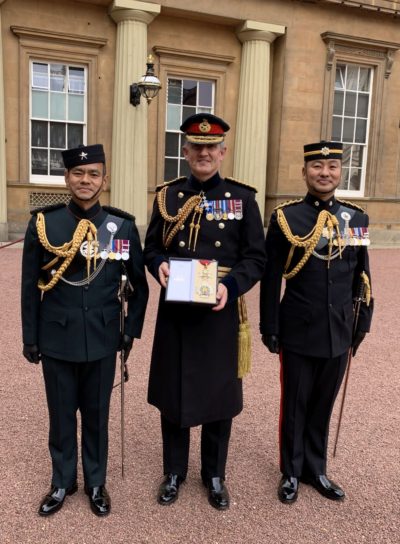 Lieutenant General Sir Nick Pope KCB CBE (Colonel Commandant Brigade of Gurkhas) has received his Knight Commander of the Order of the Bath on 31st October 2019 at Buckingham Palace.

The Queen’s Gurkha Orderly Officers said it was a privilege to be present when the General received the Knighthood and they can be seen here in the grounds of Buckingham Palace.