Major Grahame Vivian, who has died aged 95, was awarded two Military Crosses, the first in Burma in 1944 and the second in Malaya in 1956.

On January 9 1944 Vivian, commanding a company of 4th Battalion 8th Gurkha Rifles (4/8 GR) in the Arakan, Burma, was ordered to infiltrate a feature known as Dhobi Hill which was reported to be lightly defended. When he got close to the hill, however, he found that it was occupied by the enemy in strength and decided to attack.

During the assault, he was knocked over by a mortar shell and wounded in the chest, stomach and in the arm. Despite his injuries and the fact that the Japanese were rapidly reinforcing their positions, he refused any medical attention and ordered his company to dig in and hold every inch of the ground gained.

Though in great pain, he set about organising the defences until he was overcome by the effects of his wounds. Two of his surviving men made a stretcher from their rifles and carried him for three days back to the regimental base where he was not expected to survive.

The citation for the award of his first MC stated that “His actions throughout the operation were outstanding for resolution, leadership, conspicuous bravery and total disregard for his personal safety.” 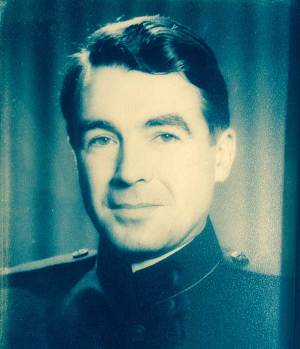 John Edgar Grahame Vivian was born on October 28 1919 at Camborne, Cornwall, and educated at Repton, Derbyshire, where he excelled at boxing, football and cricket. His family subsequently moved to Burma and Thailand (then Siam), where his father was managing mining companies. Grahame went to Camborne School of Mines but the outbreak of war prevented him from completing his studies.

He enlisted in the Army and into the Duke of Cornwall’s Light Infantry but to his annoyance was posted close to home. He therefore volunteered for the Indian Army and, in December 1942, joined 4/8 GR in India. The Battalion was moved at the end of 1943 to Ranchi and then into the Arakan area of Burma.

After the action for which he was awarded his first MC, Vivian was in military hospitals at Ranchi and Poona for several weeks. In 1945 he was evacuated to England and spent a year at the Princess Elizabeth Orthopedic Hospital, Exeter, where he underwent numerous painful operations to correct the damage done by the mortar, especially to his right hand.

In February 1946, he left hospital and rejoined 4/8 GR at Quetta. After the partition of India, in late 1947 he transferred to the 2nd Goorkhas and the following year he went to Malaya with the 2nd Battalion. After two years in Hong Kong, in 1956 he accompanied the Battalion to Malaya where he commanded “A” Company 2/2 GR which was engaged in a series of anti-bandit operations in the Kuala Pilah District of Negri Sembilan.

On September 28, in a mission code-named Operation Googly, he accompanied a police officer who was to meet a terrorist at night at a remote jungle rendezvous. Three of these meetings took place, as a result of which it was learned that an important conference had been arranged between a number of high-ranking Chinese Terrorists (CTs) including the second most senior figure in the insurgency. On October 2 Vivian led an attack on a camp which resulted in four CTs being captured.

Four days later, Vivian and two police officers led an assault party to within 60 yards of the main terrorist camp. They had to lie low for eight hours and at two o’clock the next morning, after a nerve-racking approach march of 40 minutes in total darkness through dense jungle, Vivian got his party into the camp. The CTs opened fire with shot guns and automatic weapons but were quickly silenced and two of them were killed. The second most wanted terrorist escaped but was eliminated three days later. Vivian was awarded a Bar to his Military Cross.

He returned to England in 1959 and retired from the British Army the following year. After a spell in Cornwall working for English China Clays, he moved to the Sultanate of Oman as an officer in the Sultan’s Armed Forces.

He was Deputy Commander of the Oman Gendarmerie until 1965, and then Commander Coastal Patrol until 1966. In 1973, he was appointed Djebel Liaison Officer, a political appointment, and was stationed at Saiq in the Djebel Al Akhdar mountain range, reporting to Sayyid Fahr bin Taimur Al Said, the uncle of the Sultan and the Defence Minister.

Vivian spoke Urdu, Gurkhali and Arabic fluently. Nicknamed Abu Primus (Father Primus Stove), he had a quick temper and, like a primus stove, it could suddenly flare up. On retiring from the service in 1985, he was awarded the Sultan’s Distinguished Service Medal.

Vivian returned to Cornwall and spent the next two years caring for his ailing wife, who died in 1987. For the following nine years he lived at the family home in Lostwithiel and then, having remarried, settled in Golant. He was a member of the Regimental Association and a long time contributor to the Gurkha Welfare Trust.

Grahame Vivian married first, in 1945, Gwen Caswell, his fiancée of six years. She predeceased him and in 1996 he married Lorna Kirby. She survives him with two sons and a daughter from his first marriage and three stepdaughters from his second.