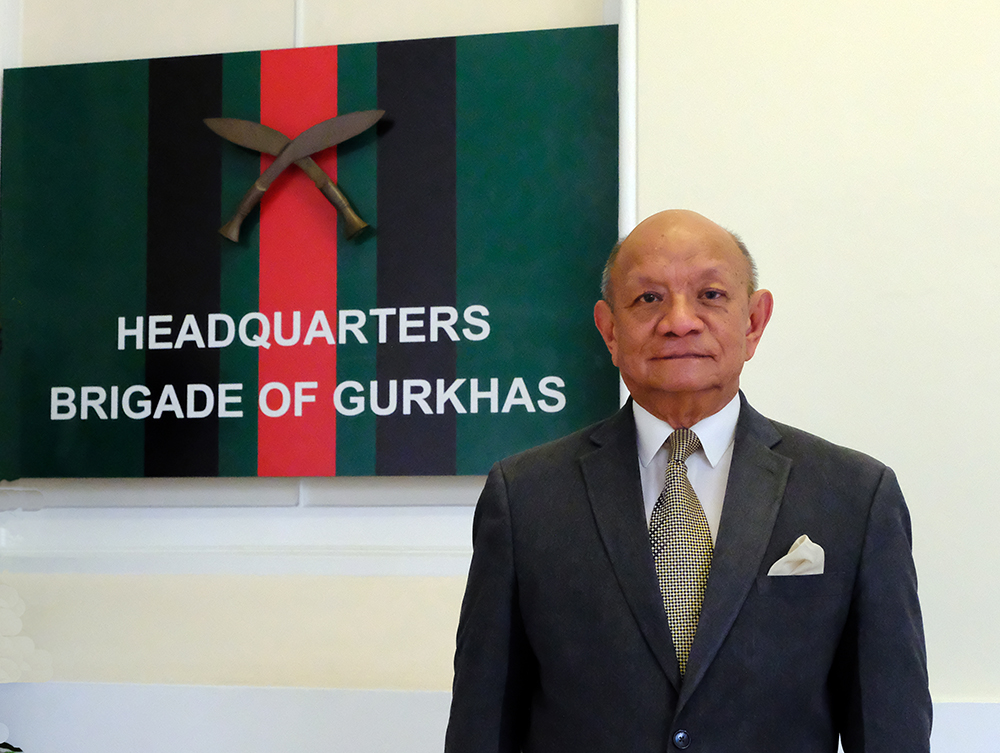 We would like to congratulate Major (Retired) Manikumar Rai MBE, (Brigade of Gurkhas Secretary at Headquarters the Brigade of Gurkha), following the announcement that Her Majesty The Queen has approved his appointment to the role of Deputy Lord-Lieutenant of Hampshire.

This is a fantastic honour, and in the case of Major Manikumar Rai a highly deserved accolade and achievement, and we believe this is a first for a Gurkha.

In the United Kingdom, a deputy lieutenant is a Crown appointment and one of several deputies to the lord lieutenant of a lieutenancy area: an English ceremonial county, Welsh preserved county, Scottish lieutenancy area, or Northern Irish county borough or county.

In formal style, the postnominal letters DL may be added: e.g. John Brown, CBE, DL. Should the subject have numerous more important honorifics these postnominals may be omitted, although this is rare.

Deputy lieutenants are nominated by a Lord-Lieutenant, to assist with any duties as may be required: see the Lieutenancies Act 1997; deputy lieutenants receive their commission of appointment via the appropriate government minister by command of Her Majesty The Queen.