MBE presentation at the Palace 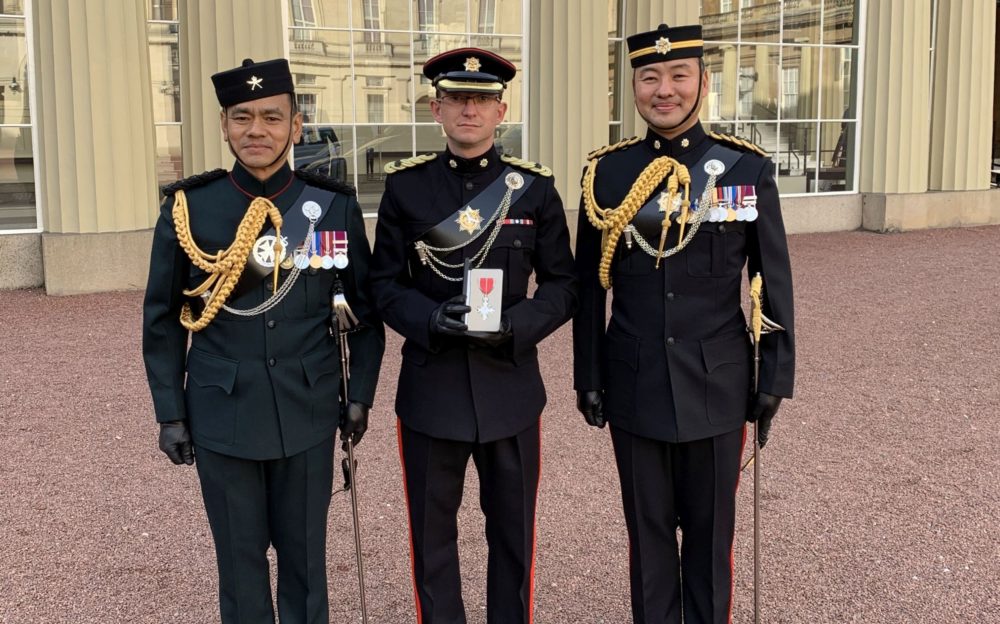 Major Heppenstall was awarded his MBE on the 5th February at an Investiture held at Buckingham Palace.

The Prince of Wales, on behalf of Her Majesty The Queen, held the Investiture.

Major Heppenstall was awarded the MBE for his work in the Army Staff Branch London. Whilst in this role he was responsible for the development of the Army’s International policy for NATO and European Army to Army engagement.

We congratulate him on his work and success.