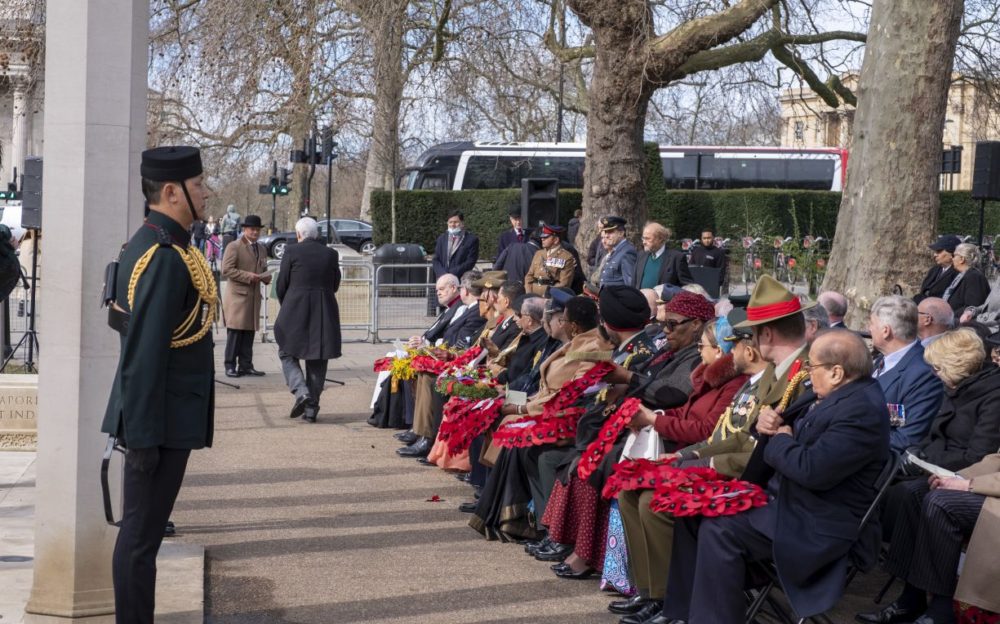 The Memorial Gates, Constitution Hill, London annual ceremony took place on the 14th of March 2022. The ceremony is held to pay respect for the immense contribution and sacrifice made by the five million men and women of the Commonwealth and Nepal during World War One and World War Two. The Memorial Gates were inaugurated by Her Majesty The Queen on the 6th of November 2002.

The Memorial Gates were inaugurated by Her Majesty The Queen on the 6th of November 2002. The Memorial commemorates the armed forces of the British Empire from five regions of the Indian subcontinent (India, Pakistan, Bangladesh, Nepal and Sri Lanka), as well as Africa and the Caribbean, who served for Britain in the First and Second World Wars.

The event is managed by the Memorial Gates Committee, in Partnership with The Royal British Legion. With the Brigade of Gurkhas Secretary, Major Mani Rai MBE DL playing a key part in organising and delivering the event.

The ceremony was opened by Major Mani Rai, who then invited the chief guest Sir Lindsay Hoyle (The Speaker of the House of Commons) to say a few words. Sir Lindsay spoke of how important it was to remember the past with our friends from across the Commonwealth, but also time to reflect on the current situation with the Ukraine Crisis and the human suffering. He additionally spoke about how the House of Commons had focused days on the work of the military and veterans. Prayers and sermon were delivered by Lord Richard Chartres GCVO, ChStJ, PC, FSA, FBS – former Bishop of London and who now sits in the House of Lords. Lord Karan Bilimoria CBE, DL, FCA (Chairman of the Memorial Gates Council) then spoke, thanking all those in attendance and those who could not attend in person today. He talked about the importance of the memorial, and the personal connection he had with through family members who have served in the Indian Army when he was growing up. 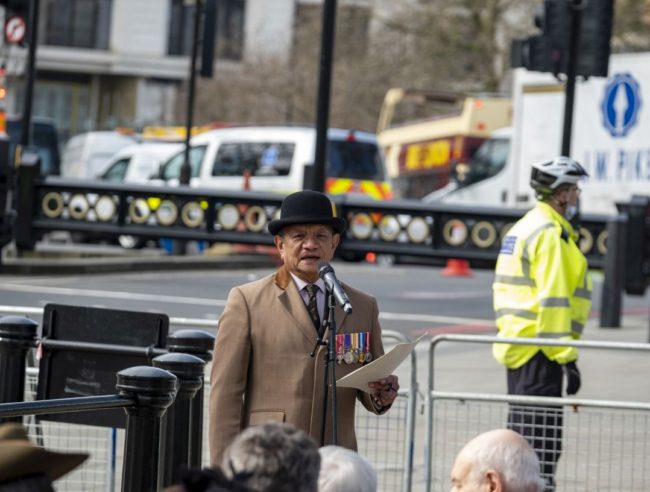 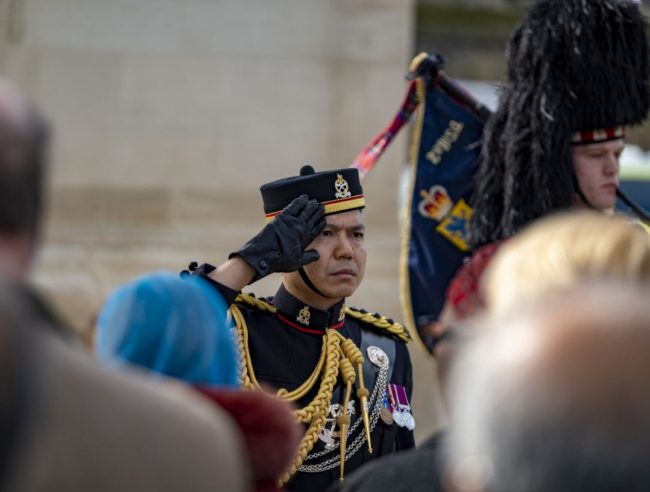 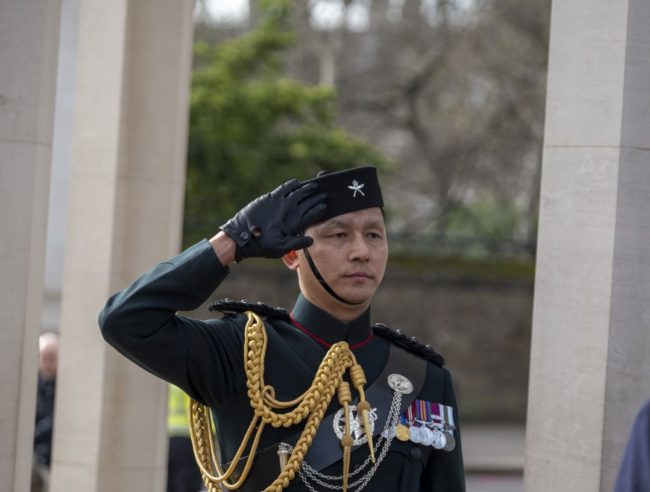 A lament was performed by a bagpiper followed by the ‘Last Post’ and ‘Reveille’ by a bugler. The event was supported with music from the Band of the Coldstream Guards and a Fijian choir. The Queen’s Gurkha Orderly Officers were also in attendance standing proudly by the side of the memorial during the ceremony.

Colonel David Robinson (Colonel Brigade of Gurkhas) laid a wreath on behalf of the Brigade of Gurkhas. A wreath was also laid by Colonel (Retd) Mike Kefford OBE FRGS on behalf of the Gurkha Brigade Association and for the Sirmoor Rifles by Brigadier (Retd) Ian Rigden OBE. All the representatives for the countries and organisations represented in turn laid their own wreaths. 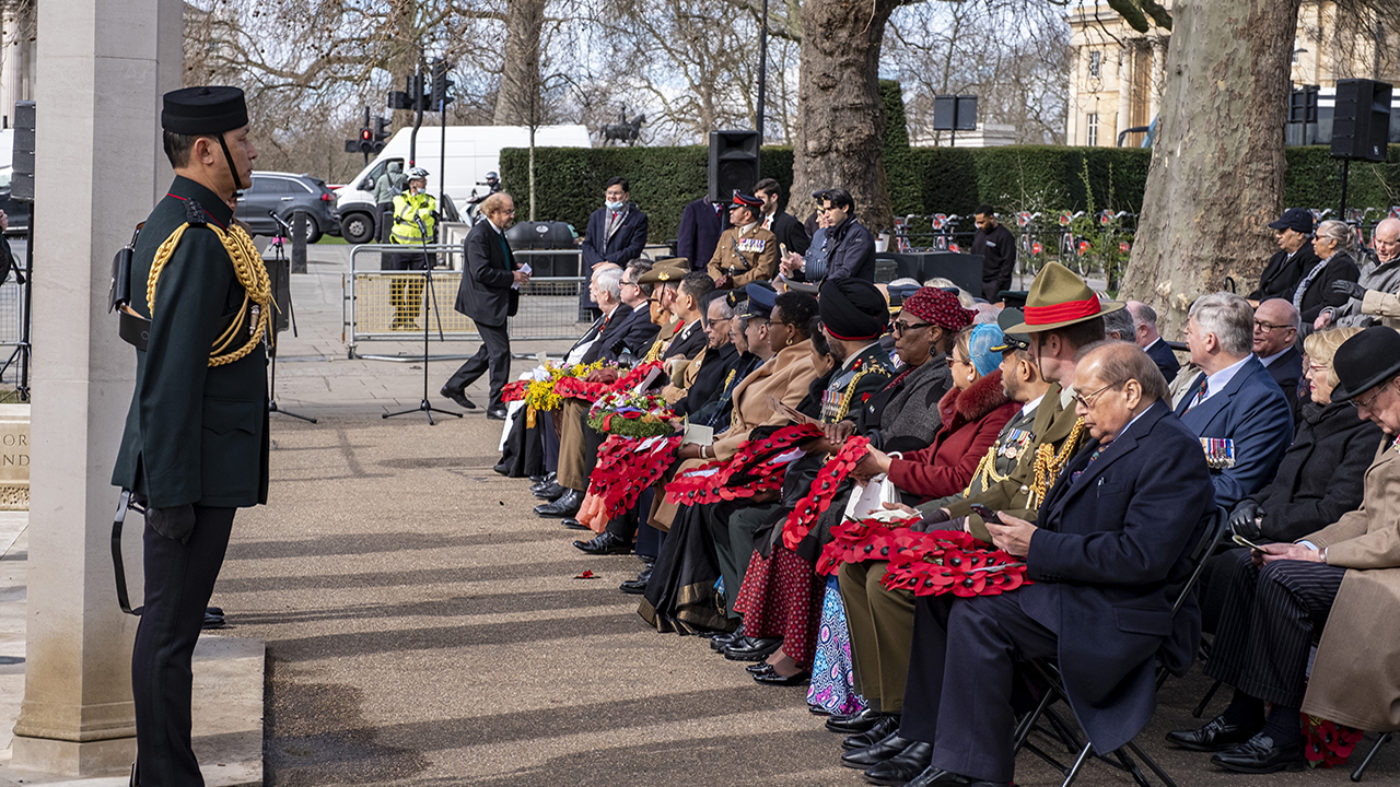 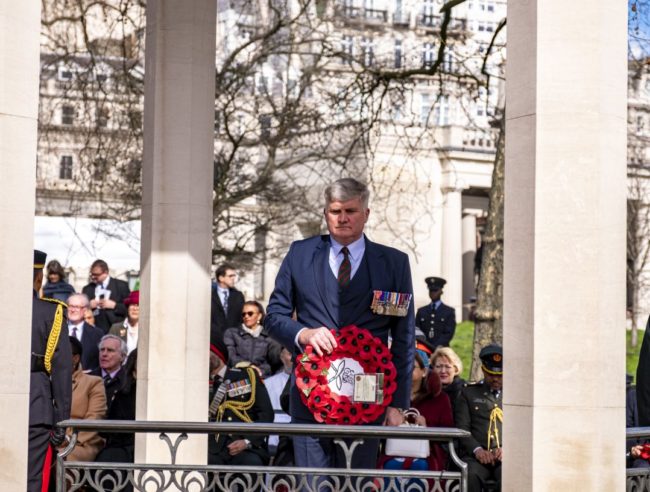 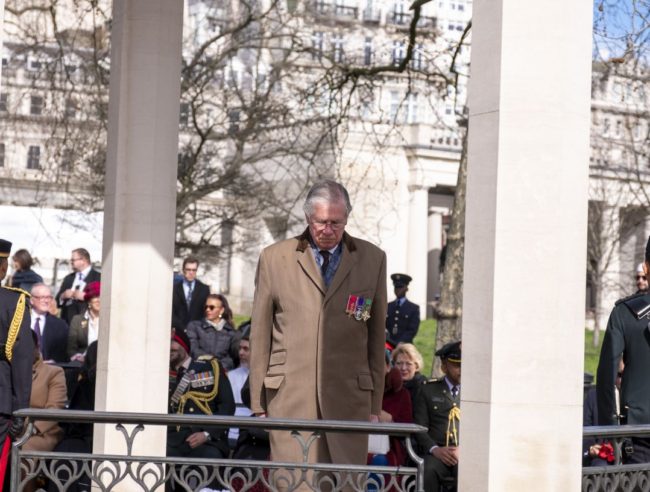 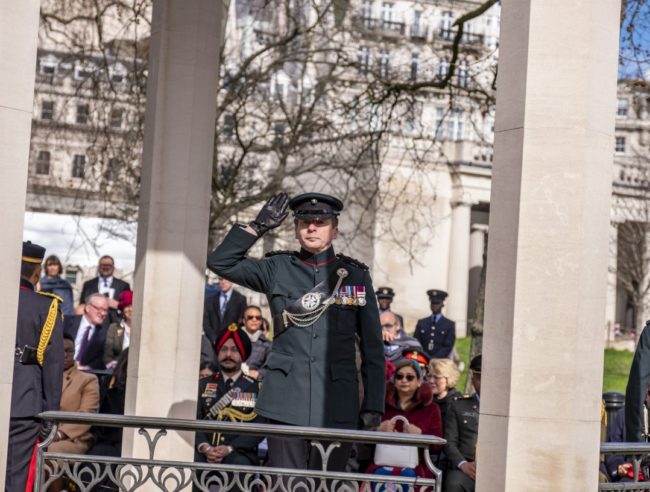 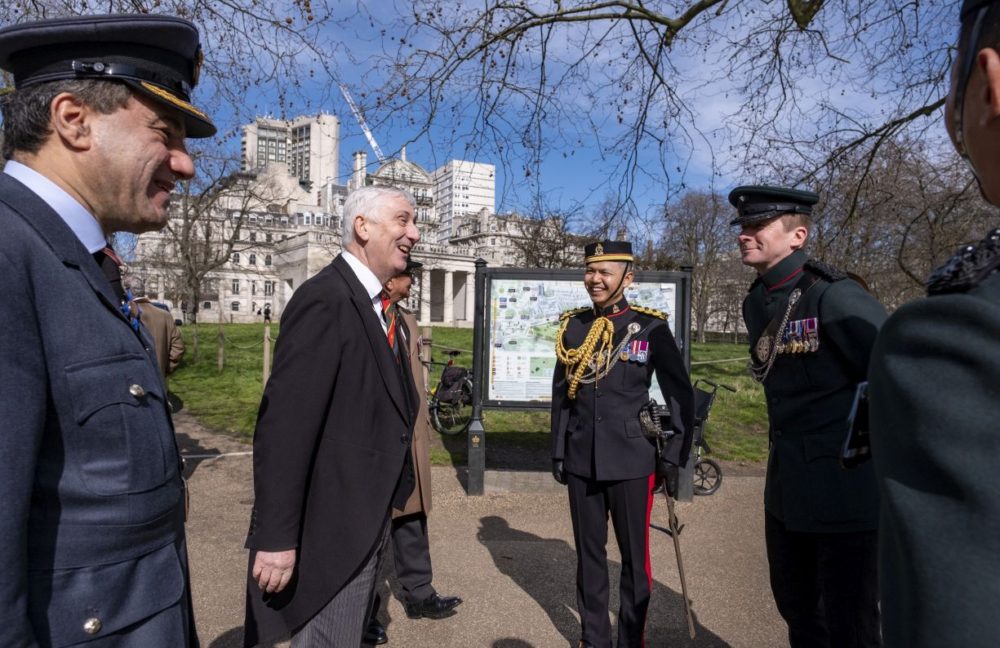 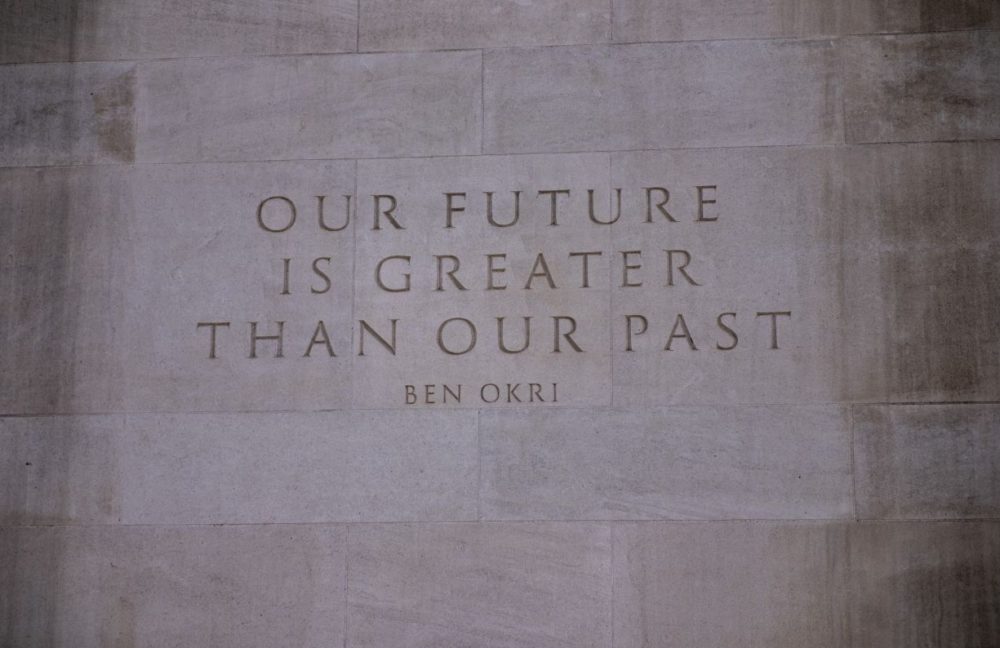