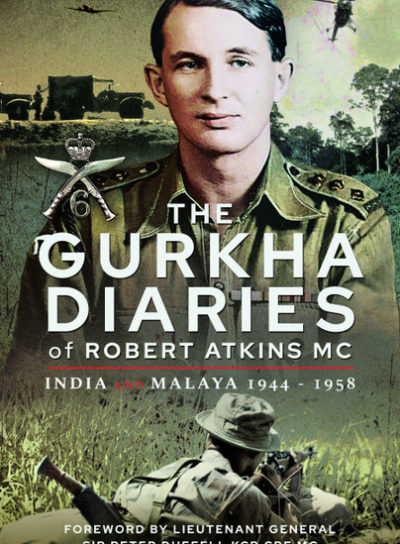 How fortunate it is that Robert Atkins wrote up his experiences as a young Gurkha officer in India and later Malaya as, seventy years on, they form an important contemporaneous record of two historically significant periods.

When India was granted Independence in 1947, irreconcilable religious differences made Partition inevitable. His account of the death, destruction and suffering that he and his soldiers witnessed makes for traumatic yet compelling reading.

In the aftermath of Independence the Gurkha Regiments were split between the Indian and British Armies and Robert returned to England and British service.

Three years later on his way to fight in the Korean War, he was ordered to join 1st Battalion, 6th Gurkha Rifles engaged in the battle against communist terrorists, known as the Malayan Emergency. Robert saw more than his share of action over next seven years in this eventually successful but bitterly fought campaign. His courage and leadership earned him the Military Cross.