New Lieutenant Colonels of the Brigade of Gurkhas

Each year in February the Pink List promotions is published by the Army Personnel Centre in Glasgow.  It is the list of those selected for promotion to Lieutenant Colonel. This year we are delighted to report there were a number of Brigade successes: 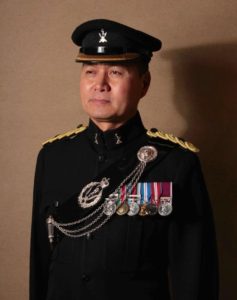