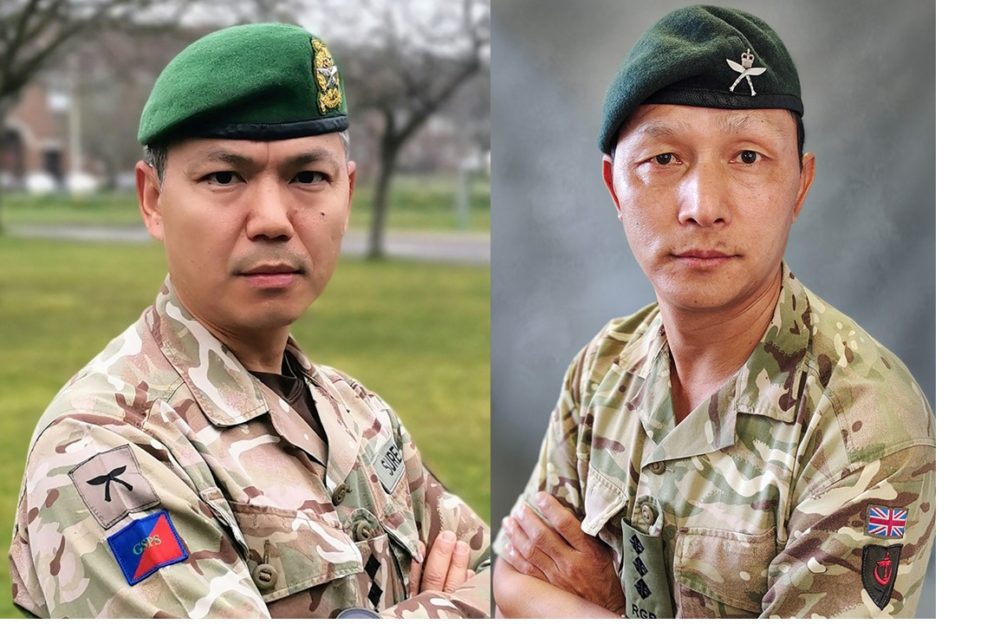 Captain Krishna Loksam enlisted into the Brigade of Gurkhas in January 1994. On completion of basic Combat Infantry Training in Hong Kong, he joined the Second Battalion, The Royal Gurkha Rifles (2 RGR) in Brunei. He commissioned in June 2015.

In 2000, he was attached to 1 Royal Irish in a Gurkha Reinforcement Company, where he served until his promotion. On promotion to Sergeant, he was assigned back to 2 RGR as a Platoon Sergeant and deployed on Op FINGAL in Kabul and Op TARROCK in Mazar-e-Sharif, Afghanistan, prior to his promotion to Colour Sergeant in 2006. He commanded 2 RGR’s Reconnaissance Platoon, before taking over as the Company Quartermaster Sergeant for B Company 2 RGR and deployed on Operation HERRICK 9. His post as Colour Sergeant set a new milestone in his career and gave him with the opportunity to work in a multicultural environment. On completion of the tour, he was assigned to the Brigade Training Team (BTT) as an instructor, before becoming 2 RGR’s Regimental Quartermaster Sergeant. He promoted to Warrant Office Class 1 in 2014 and took over as Regimental Sergeant Major before commissioning in Jun 2015. He was deployed on Op HERRICK 17 as a QM and served in a multinational environment. 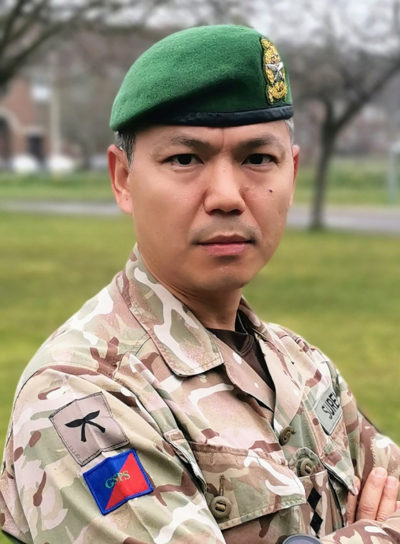 Captain Suren Limbu enlisted into the Brigade of Gurkhas as a Regimental Clerk in January 1999 and joined The Second Battalion 2 RGR in Brunei on completion of his Combat Infantryman recruit training in Church Crookham. Following a unit move to the UK he completed Centrally Employed Group Junior Leadership Cadre. He deployed on Operation PALATINE in The Former Yugoslavia and has served in various Brigade of Gurkhas units across the UK. He has held several appointments at both Regimental Duty and staff, of note with the Joint Personnel Administration Liabilities Team in Military Secretary Plans, and as a Warrant Officer Class Two he was the Superintendent Clerk at the Headquarters Brigade of Gurkhas in Sandhurst.

On commissioning in July 2016, he was appointed to be the RGR Divisional Career Management Officer at the Army Personnel Centre in Glasgow. During his tenure he oversaw the increase in the RGR’s manning requirement in the early stages of Project SHERPA, the Brigade of Gurkhas’ growth plan. Following completion of the Late Entry Officers course, he was assigned to 4 Armoured Medical Regiment as the Detachment Commander, during which time he helped to relocate the Regiment from Aldershot to Tidworth. He attended the Regimental Administration Officer’s course at Worthy Down in January 2020 and assumed his current appointment as the Regimental Administrative Officer in Warminster Garrison, Wiltshire.