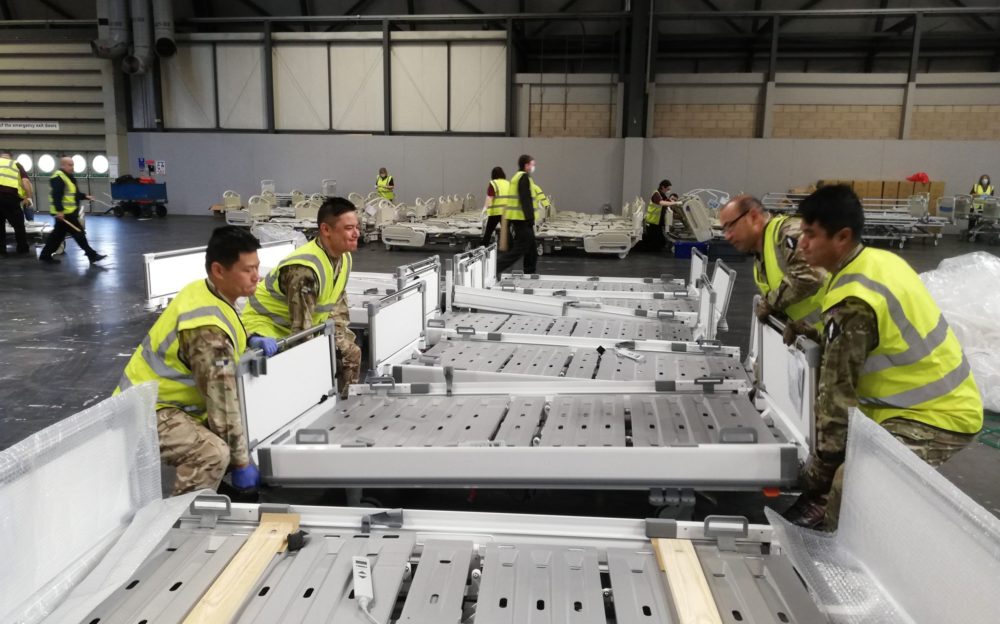 The outbreak of COVID-19 created a global health crisis that has had a deep impact on the way we perceive our world and our everyday lives.

On 24th March, it was announced that NHS England would establish several temporary critical care hospitals, to create temporary hospital spaces for those in need of treatment and care. They named “Nightingale Hospitals”, after Florence Nightingale who came to prominence for nursing soldiers during the Crimean War and is regarded as the founder of modern nursing. On 27th March, NHS England announced that they would be establishing one such hospital at the National Exhibition Centre, Birmingham.

At times of crisis, the Government often calls upon the military to contribute to the national response. This is called Military Aid to Civil Authorities or MACA. To fulfil the workforce requirement for MACA, the COVID Support Force (CSF) was established. 248 Gurkha Signal Squadron was attached to 1st Signal Regiment to form CSF 23. No sooner had we fully integrated into the CSF, we deployed to assist contractors at the NEC in Birmingham to build an NHS Nightingale Hospital.

It was a huge project as it could accommodate around 2000 patients. I was fortunate to be selected to lead a small, initial entry, team of eight soldiers to assist contractors at the NEC Birmingham. The timeline was very tight as the hospital needed to be ready within 10 days. On 1st April, the team deployed to the NEC Birmingham. After initial familiarisation of the area, we were given the work induction to operate on the site. The main task was to provide Engineering and Logistic support to Midland Medical Services who were contracted to lay piping which transports medical gas supply to the patients. Under a tight timeline, we helped move the heavy pipes underground; a laborious and demanding task. Once underground, the contractors could then install the necessary items required to build the fully functional wards. What began as a small presence, grew into a squadron level task, with every soldier and officer from 248 being utilised. Slowly the empty halls began to take the shape of a hospital. The tasks came in thick and fast; our next job was to assist the contractors to move hundreds of beds, tables, trolleys, and several other important items into the wards. Finally, the temporary hospital was ready, and on 16th April 2020 was officially opened by HRH Prince William, The Duke of Cambridge. 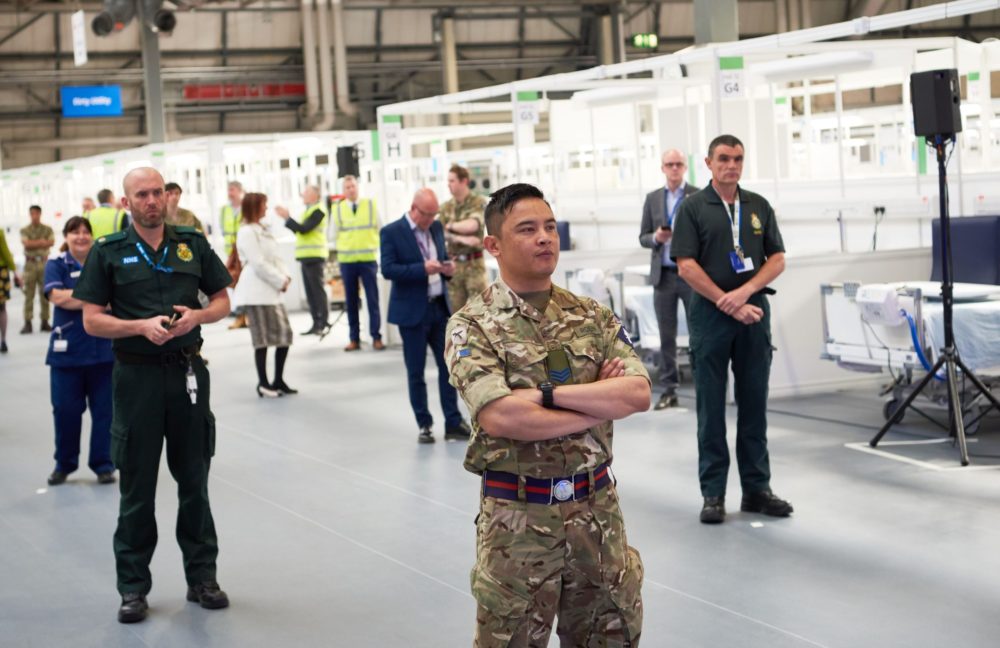 This has been an over-whelming experience for me, and I am proud to have assisted this great nation during this unprecedented time. The soldiers I led also share in this pride:

“The task here is of a massive scale and I don’t think anyone has seen something of this scale done before.” – Corporal Kamal Limbu

“It was a great opportunity to help the nation when it needed the most. We have a very flexible capability and the training we receive prepare us for any situation.” – Lance Corporal Tilak Gharti Magar

“I personally feel very proud to be one of the first footsteps to help complete this project. This has given me a unique experience to work together with other national agencies in the time of this crisis.” – Signaller Aakash Tamang

Our Commanding Officer, Major TM Collins, said; “To command 248 Gurkha Signal Squadron is the greatest honour I have had in my career to date; but to do so at this time has elevated that even higher. To see the hard work, dedication, and positivity in which every member of the Squadron approached this task, and the results it yielded on behalf of the nation was simply breath-taking. Dherai Dhanyabad to you all, and Shybash for a job well done!”

The NHS Nightingale hospital Birmingham will remain the symbol of hope and nation coming together during this national crisis. It is the foundation for what is such a momentous and incredible achievement. One thing that will remain forever with me is the praised received from the Duke of Cambridge while opening the hospital. He said “The selfless commitment of the people has touched the heart of the nation. The hospital is all about people not just the brick walls. The NHS Nightingale Hospital Birmingham is a wonderful example of Britain pulling together.”