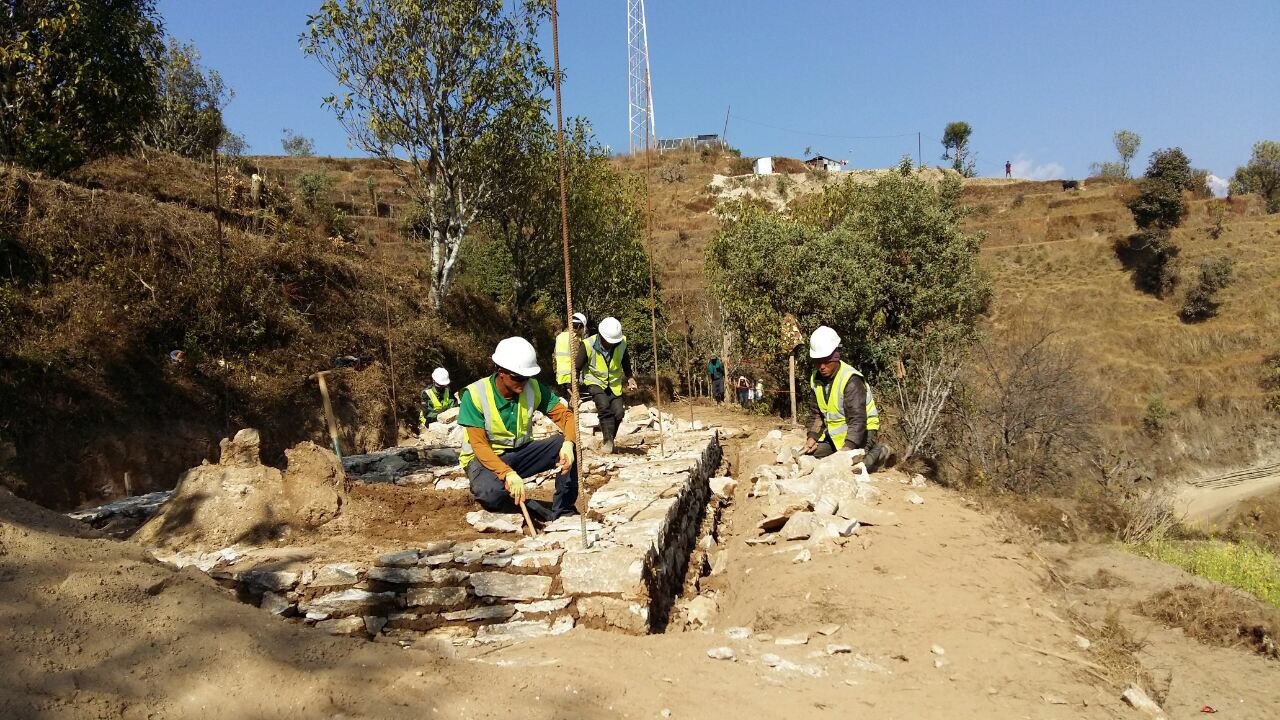 Work on the reconstruction of Nepal continues daily with Gurkha Engineers helping in specific villages. The units are now well over half way through the tour, but, as you have seen from the troop updates, there is still much work to be done.  In the two areas, PACHOK and JAUNBARI, there is a really tangible effect from the efforts of the Gurkha units so far; schools and community centres completed and standing proudly in the community and some houses that are half way up.

The scale of what has been achieved continues to be a testament to the sheer hard work and skills of our artisan tradesman.  The pace and length of working days remain relentless, but the product is there for all to see!  Whilst driving hard to finish these houses, the troops are now also focussing on coming home.  Plans and dates for leave are being firmed up and many are taking leave in Nepal to catch up with friends and family.  Nearly all will have 6 weeks straight leave – they have deserved it! 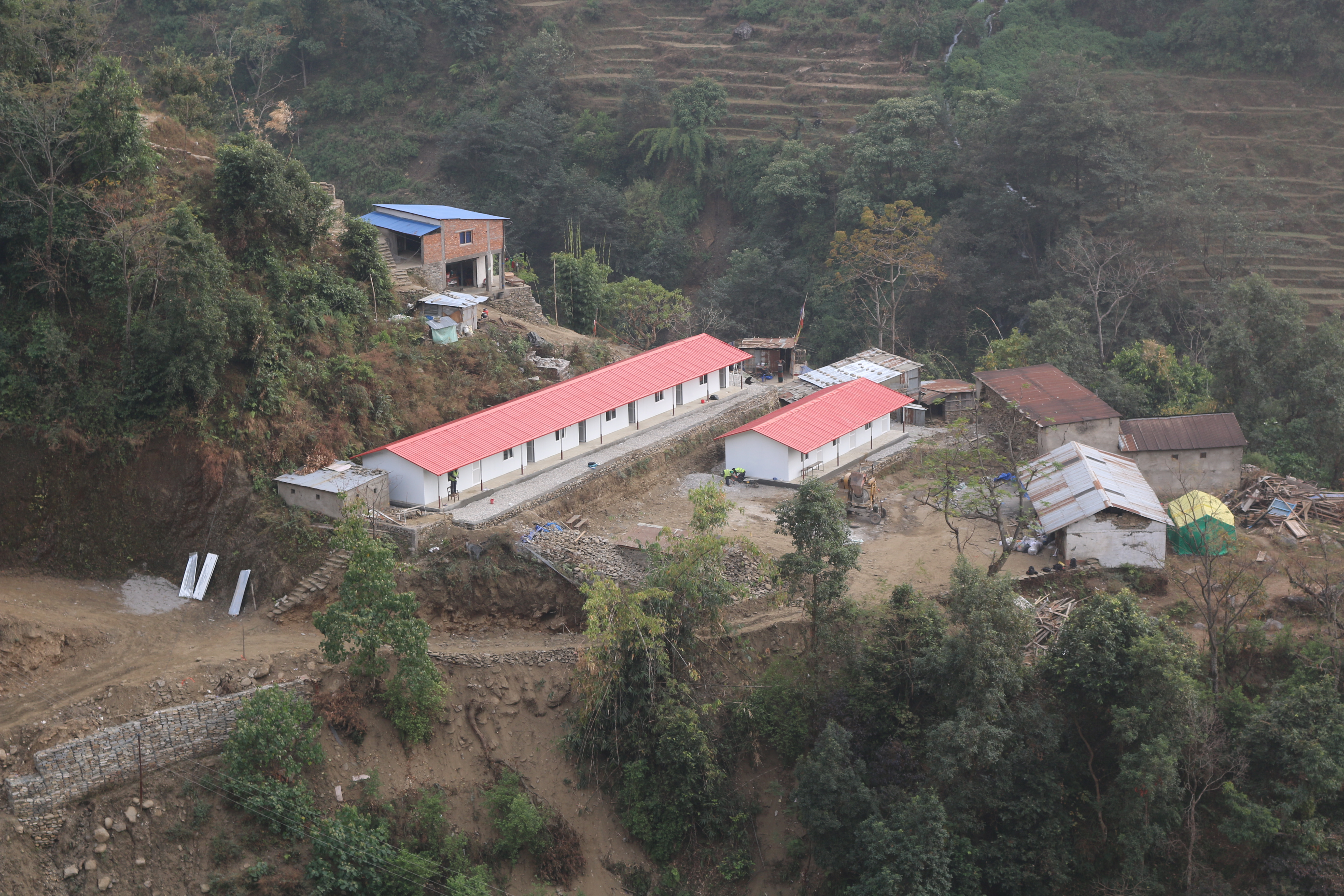 The second week of January was an extremely busy one for the Troop. Phase 3 started nearly two weeks earlier than planned and we were working on three different task sites concurrently; the school site and two Brigade Pensioners’ houses. The remaining jobs at the school site included snagging (painting and peeling off the huge amount of plastic protecting the wall panels) and landscaping the surrounding grounds. Once this was completed we handed over the buildings to GWS and their Earthquake Response Team.
On the other sites, the pensioners’ houses were progressing well. The site was levelled and dug up for the strip foundation. Once the strip foundation was dug we started constructing the foundation’s stone walls and securing the vertical reinforcement rebar lengths. The concrete pouring of the foundations was extremely labour intensive as we mixed everything by hand. We couldn’t manage to pour concrete in both sites on the same day so we completed them consecutively.
After pouring the foundations, we had three days of Operational Stand Down (OST). The Serely Football club organised a football tournament; we entered two teams both teams went through to the semi-finals – there was a QGE vs QGE semi-final which saw Team A progress through to the finals. We played the final game against a team from Gauda VDC and the final score was 6 – 2 to us!
The past week has seen the MCF construct the walls of the pensioners’ houses. We managed to reach the height of the window sills and have now poured the first ‘sill-band’ to help tie the house together. Next week we will continue with the wall construction and fitting of window frames.