The Haig Housing Council, South London Nepali Association (SLNA), local Councillors and members of the public attended an opening dedicaion for the Kulbir Thapa VC House for veterans. The ceremony started with Corporal Nirmal Thapa piping the guests to the court yard in front of Kulbir Thapa House. Once group had assembled, the CEO of Haig Housing, Brigadier James Richardson MBE addressed the gathering followed by the GBA Secretary, Major Manikumar Rai MBE who gave an abbreviated account of Rifleman Kulbir Thapa’s actions which earned him his Victoria Cross. The block was officially opened with a “Ribbon Cutting” ceremony to conducted by David Williams. (Haig Housing Trustee) and Major Manikumar Rai. 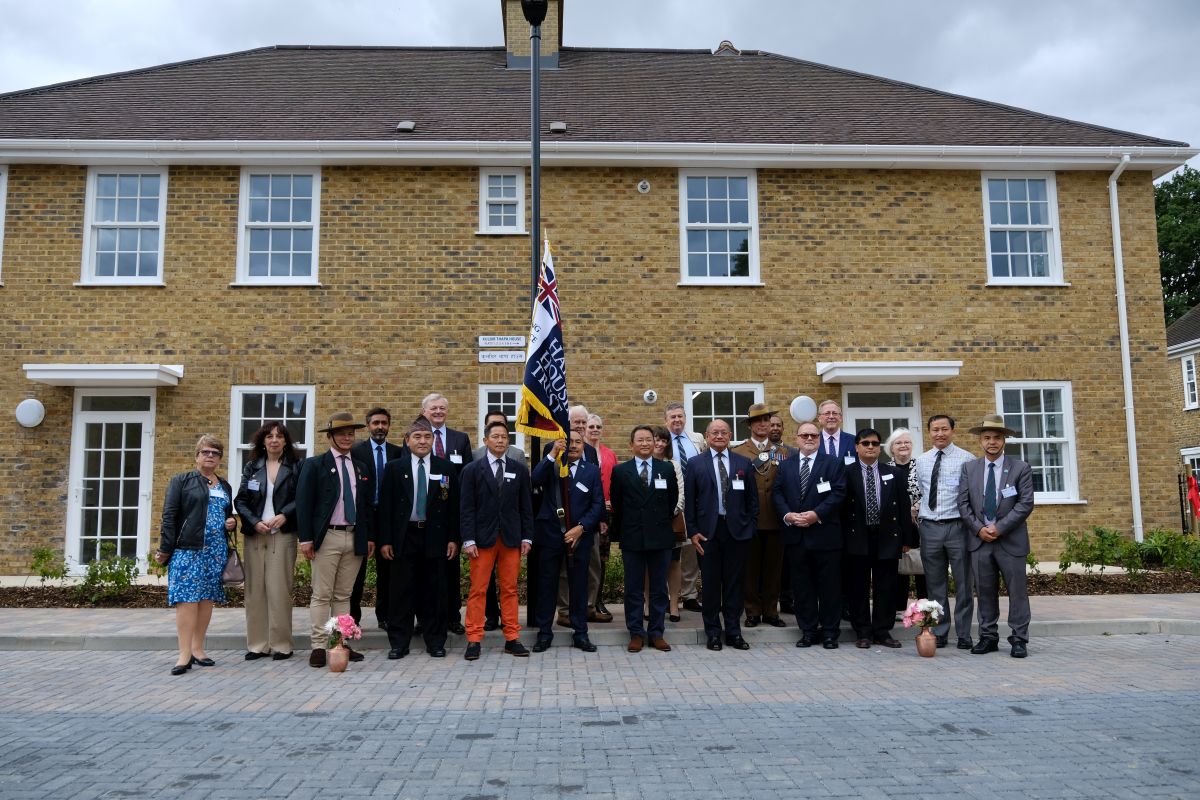 Haig Housing Trust, known as Haig Housing, was formed in 2008 as a ‘sister’ charity to Douglas Haig Memorial Homes (Haig Homes). The two Trusts were amalgamated on 1st October 2013.

The object of Haig Housing is to provide housing assistance to ex-Service people and/or their dependants.
buy priligy online myindianpharmacy.net/dir/priligy.html no prescription

Currently this object is achieved by letting general needs homes at affordable rents to the ex-Service community and providing tailored housing solutions to suit the individual needs of severely wounded and disabled Veterans.

The Haig Housing Trust completed building of 68 new homes on their Morden Estate in May 2019. Prior to the completion, The Haig Council decided that each block would be named after gallantry award winners. The first block to be completed was to be named after Rfn Kulbir Thapa Victoria Cross (VC), 2/3rd Queen Alexanders Gurkha Rifles – the first Gurkha to be awarded the VC.

On 25th September 1915 in Fauquissart, France, Rifleman Kulbir Thapa, having been wounded himself, came across a wounded soldier form The Leicestershire Regiment behind the front line of German trenches. The soldier is believed to be Bill Keightley a 20-year-old soldier from Melton Mowbray. Although urged to save himself, Kulbir Gurkha stayed with Keightly all day and night. Early next day, in misty weather, he dragged Bill him through the wire, within spitting distance from the Germans, and, leaving him in a place of comparative safety, returned to brought in two wounded Gurkhas, one after the other. He then went back, and, in broad daylight, fetched the British soldier, carrying him most of the way under enemy fire.

Such an incredible act of compassion and courage attracted a good deal of attention, and when he emerged from his trench for the third time with one more wounded comrade over his shoulder, the German soldiers actually clapped to encourage Kulbir on. Heartened by the German support, Kulbir stood up and walked right across the No-Mans-Land back to his own side

The ceremony then moved to the Village Hall where sumptuous Nepali food prepared by the “Didi Baini” of the SLNA and sandwiches awaited us. Lunch followed a Nepali cultural show which was a delight, the young girls and ladies did themselves, their community and Haig proud.

A huge thank you goes to the CEO, Brigadier James Richardson and Housing Manager Lisa Waterman the who orchestrated the whole event and made it the success it was.
buy temovate online myindianpharmacy.net/dir/temovate.html no prescription