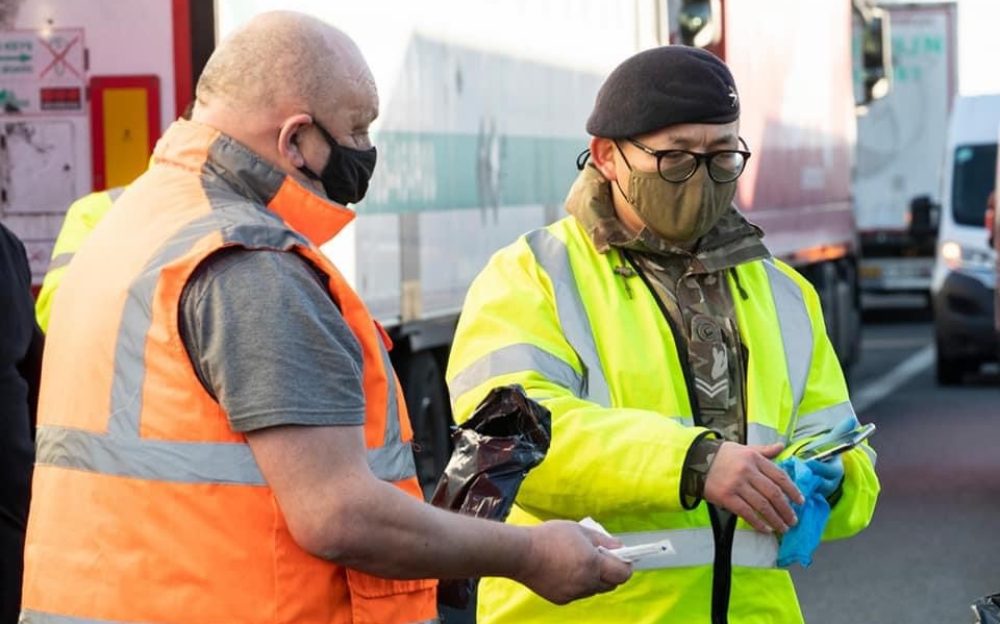 70 Gurkha Field Squadron the Queen’s Gurkha Engineers (QGE) was placed on 12hrs notice to move (NTM) from 4th December 2020 – 5th January 2021 in support of the military aid to the civil community for COVID-19 support.

Then on the 23rd of December 2020, 70 Gurkha Field Squadron was called out as part of this commitment on Operation ROSE. Three troops from the Squadron were deployed within Kent to carry out COVID-19 Lateral Flow Tests (LFT) for thousands of lorry drivers stuck on the M20 Motorway during the festive period.

Initially, the Squadron was deployed to RAF Manston and participated in the reception, staging and onward integration package delivered by 35 Engineer Regiment, where we learnt how to use the NHS COVID-19 LFT kits. All Squadron members were tested before deploying and fortunately all tests returned negative. 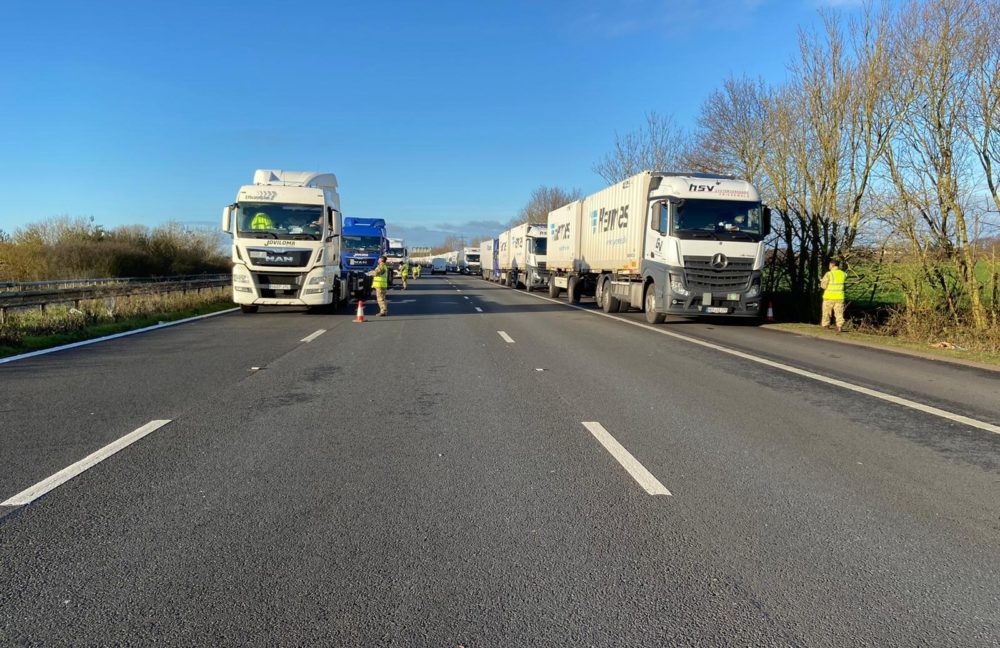 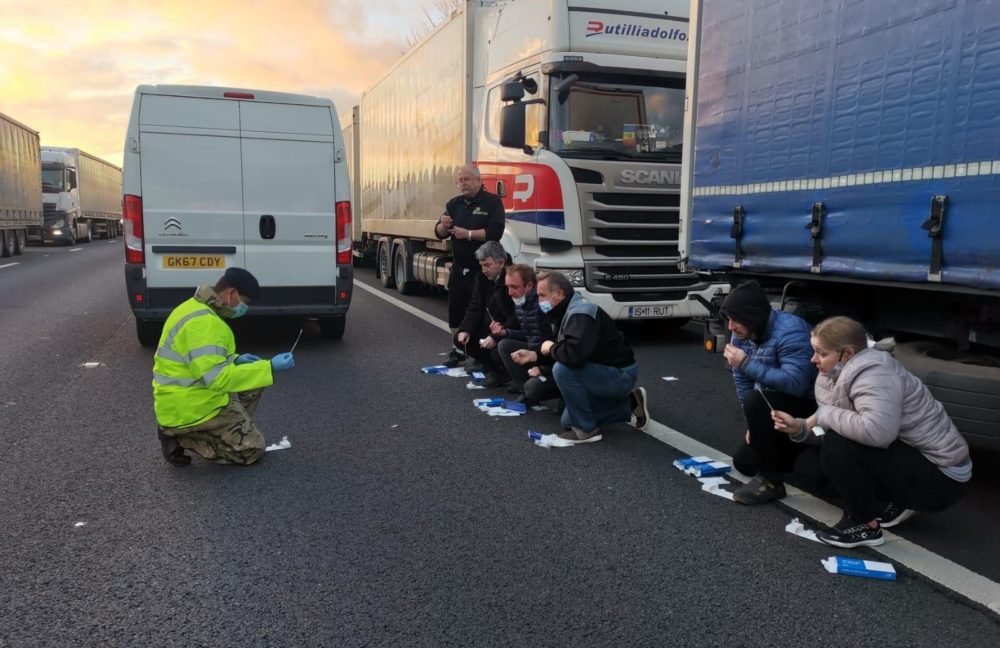 Troops were sent directly to the M20 motorway, port of Dover and the A256 to conduct simultaneous mass testing of Heavy Goods Vehicle (HGV) drivers. The remainder of the Squadron Headquarters travelled to St. Martin’s Plain Camp to coordinate the rest of the operation. As Operation ROSE developed, the successful mass-testing of HGVs on the M20 enabled the drivers to continue their journey to the continent. In addition to COVID-19 testing, we also formed teams to distribute food and drinks to the drivers who were stuck for several days with no access to shops or welfare facilities.

The Squadron demonstrated their strong work ethic and selfless commitment by relentlessly delivering the tests often on 12–15-hour rotations in the extremely challenging weather conditions generated by Storm Bella. Of the thousands of drivers, 40 of those tested by the military tested positive and were then escorted to the central isolation facility by the police for a second test which would be sent to a laboratory. All Squadron members gained a wealth of experience and knowledge during this operation, a task unlike anything the Army has taken on in the recent past. 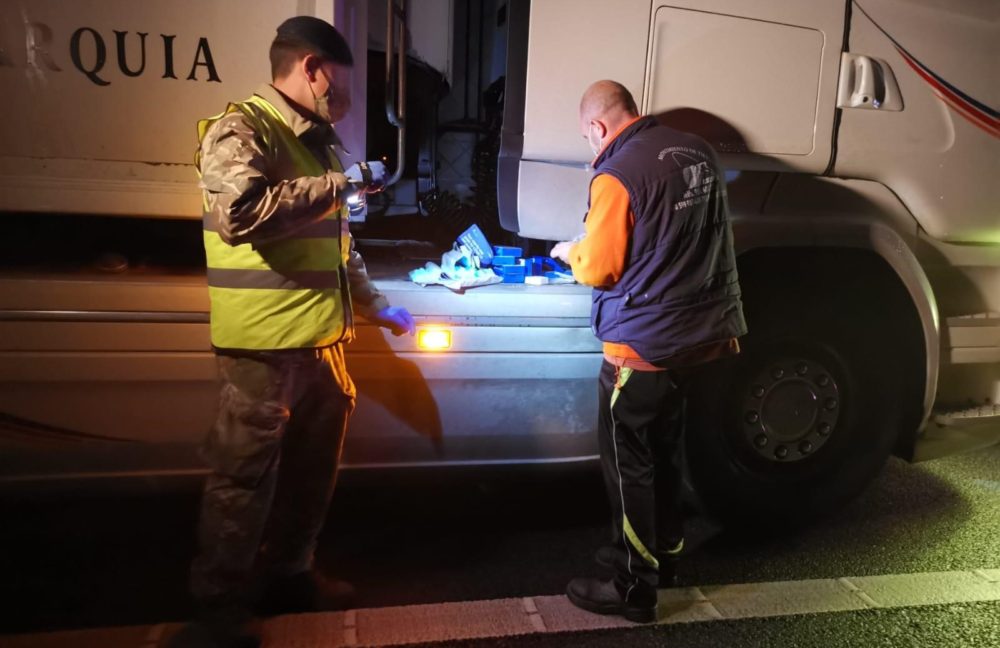 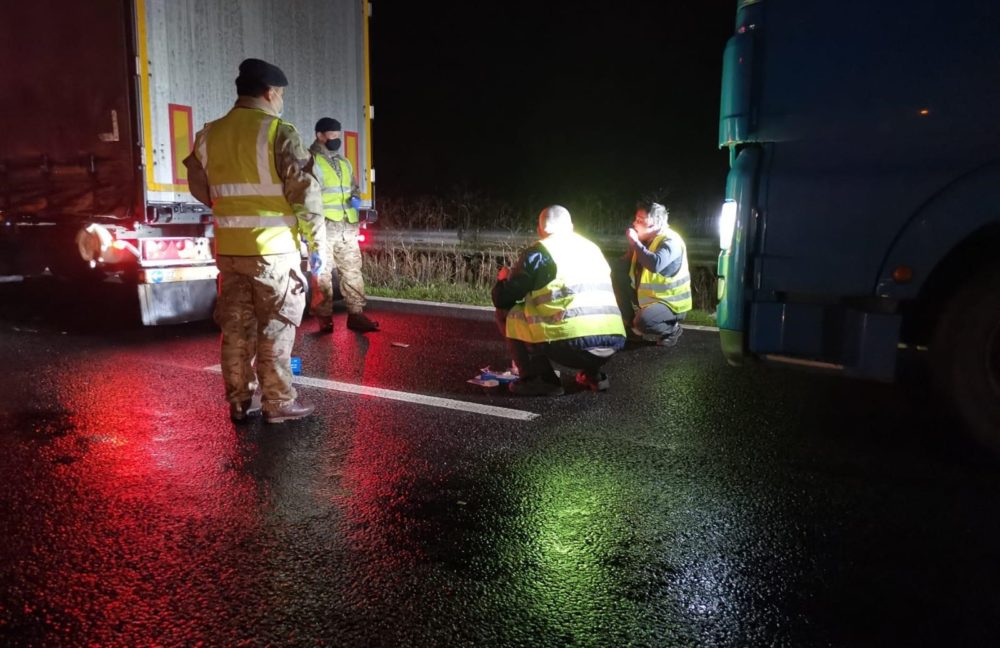 The operation was incredibly challenging, but our ability to adapt quickly and work effectively as a team with a true commitment to the task reaped success for all. The Squadron and wider task force’s hard work and successful contribution has been recognised nationally, with praise given from individuals ranging from Secretaries of State, Ambassadors and the public filled the Squadron with a sense of pride. Being one of the youngest sappers, I gained life-long skills and experience by working in such a dynamic and challenging environment.