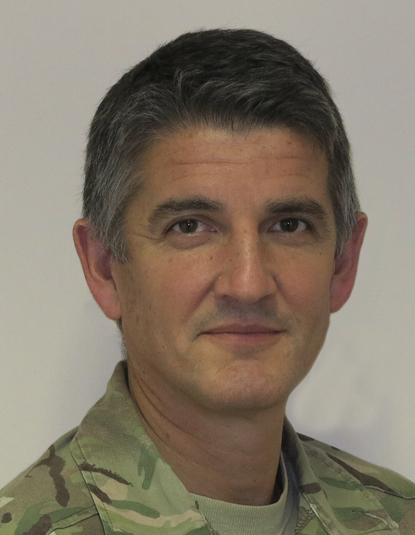 Lieutenant General Nick Pope commissioned into the Royal Corps of Signals in 1981. After reading Economics at Jesus College, Cambridge, he spent his formative years at Regimental Duty in Germany, Cyprus, England and Hong Kong, where he served with Queen’s Gurkha Signals.

His squadron command was in 19 Mechanised Brigade in Catterick and Bosnia. As a lieutenant colonel, he commanded 30 Signal Regiment, and deployed satellite detachments world-wide in the aftermath of 9/11. He was also double-hatted as Commander Queen’s Gurkha Signals. He assumed command of 1st (UK) Signal Brigade in Rheindahlen, Germany in 2005. He deployed the brigade to Afghanistan in 2006 in support of HQ ARRC.

At staff he has been an itinerant military programmer. He has held appointments in the MOD at every rank from major to major general, with responsibilities both for the future equipment programme and for broader defence resources and plans.

He promoted to Major General in 2011 as Chief of the Defence Staff’s Strategic Communication Officer. He was Director Battle-space Manoeuvre and Master General of the Ordnance in 2012, Director Land Capability and Transformation in 2013 and Director Capability in the Army Headquarters in 2014. On promotion to Lieutenant General, he became Deputy Chief of the General Staff in 2015.

He is Master of Signals, Vice President of Army Football and President of Army canoeing. He paddles with enthusiasm but no real technique. He is the only grandfather on the Executive Committee of the Army Board.

The Brigade of Gurkhas is looking forward to the guidance and leadership that he can offer the Brigade of the coming years.