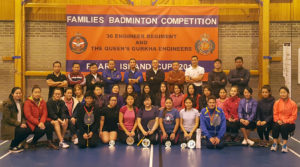 On Friday 17th December 2016 families and children of the Queen’s Gurkha Engineers (QGE) gathered in the Unit Gymnasium for their annual sporting event ‘Pearl Island’ 2016 (Badminton Competition). Despite Christmas leave, attendance was higher than in previous years. Lance Corporal Amber Mangmu put in a tremendous effort to run the event successfully. He took the charge on the day and all families and children thoroughly enjoyed the event. Refreshments were also provided for everyone.

The name ‘Pearl Island’ itself originates from a married quarters area in Hong Kong which was once home for QGE families. It was initiated by Major (Retd) Dhan Bahadur Chand QGE in 2007 and from that point onwards his wife Mrs Sunita Chand presents the Pearl Island Cup to the best player every year.

The competition was divided into three different categories: singles, doubles and U16s. There was a total of 11 singles, 8 doubles and 4 U16s matches and were played on knock out basis.

Many of the families showed impressive badminton skills. Both singles and doubles finals were played very well providing a tense and enjoyable watch for all. 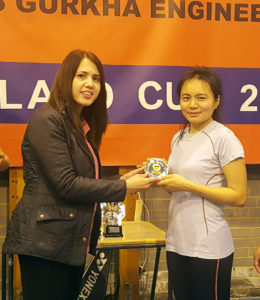 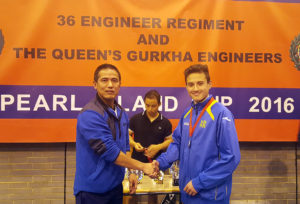 At the end Dhan Chand Saheb highlighted some families sporting events during the Hong Kong era followed by GM QGE Major Buddhi Bahadur Bhandari MVO who emphasized the importance of sport amongst the families and children. He thanked all the organising members and participants for a great day. 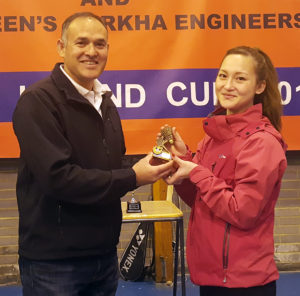