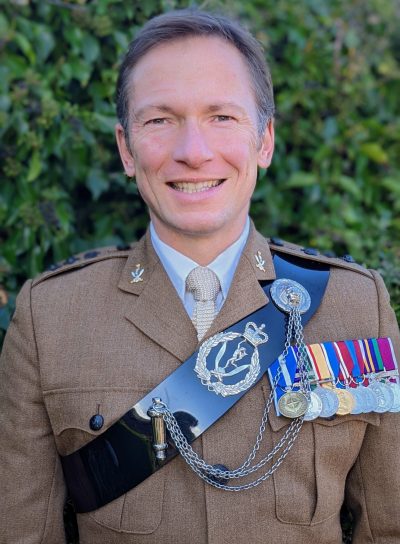 Brigadier Mike Fayers is Head of Military Capability Plans within Army Futures. He leads on the development of land capabilities including Aviation and Near ground, Deep Effects, Ground Manoeuvre, Manoeuvre Support, Maritime, Information Manoeuvre and Sustainment.

He commissioned into the Royal Corps of Signals in 1999. His regimental service includes various roles providing command close support to high readiness Joint and Army formation Headquarters. He commanded 216 (Parachute) Signal Squadron, 30th Signal Regiment and Queen’s Gurkha Signals, and was the OF5 Information Component Commander for Exercise SAIF SAREEA 3. At staff his appointments include J5 Information Operations, Cyber Operations within ACDS Operations, Army RP in FMC, C5ISR Force Development and Chief Of Staff Capability in Army Headquarters. He has served on operations in Kosovo, Northern Ireland, and Iraq.