PM David Cameron visited 2 RGR during their deployment on Op PITCHPOLE which took place from 16 to 22 February  in support of the the civil authorities to relieve those affected by flooding in the Lower Thames area. The Battalion executed the military Bronze HQ command from Chertsey, one of the worst affected places in the UK, under command of 2 (South East) Brigade at Silver HQ based in Guildford. 2 RGR  was responsible for 421 personnel drawn from Support Company 2 RGR, R Welsh, 1 Royal Horse Artillery, 19 Regiment Royal Artillery, 2 PARA, 36 Engineer Regiment, 3 Princess of Wales’ Royal Regiment (Reserve), 103 Battalion REME (Reserve).

During the deployment, 2 RGR supported 280 vulnerable people through the delivery of sandbags to their homes. It utilised 15,000 sandbags to protect in the region of 500 properties. Concurrently, it filled additional sandbags with 800 tons of sand, supported the Fire Service with boat operations, and the Environment Agency in the UK’s first ever employment of new mobile damming technology from Sweden and Germany. This latter task has received widespread positive national media attention.

2 RGR completed their Op PITCHPOLE task on 17 February, in time for their deployment to Kenya where they will train as a battle group, augmented by a company from 3 Scots. 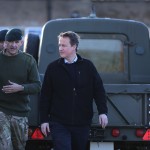 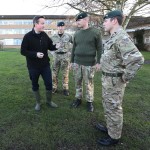 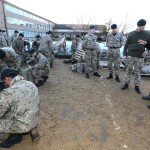