Prime Minister of Nepal visits the Brigade of Gurkhas

This was the first time a Nepal Prime Minister had visited the UK for 20 years. 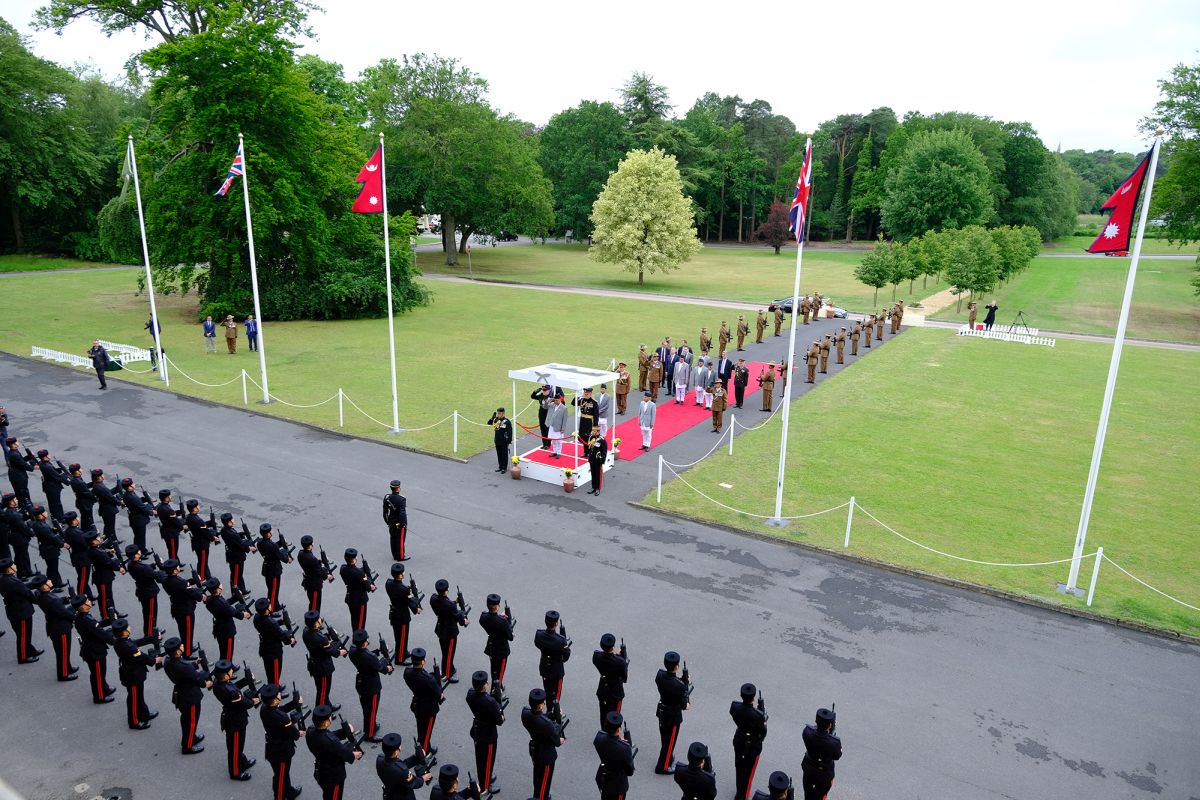 The visit to HQBG was part of a wider programme including a meeting with HRH The Duke of Sussex, KCVO ADC (Prince Harry) and the UK Prime Minister, the Rt Hon Theresa May MP. He also visited the city of Oxford to speak at the Oxford Union. 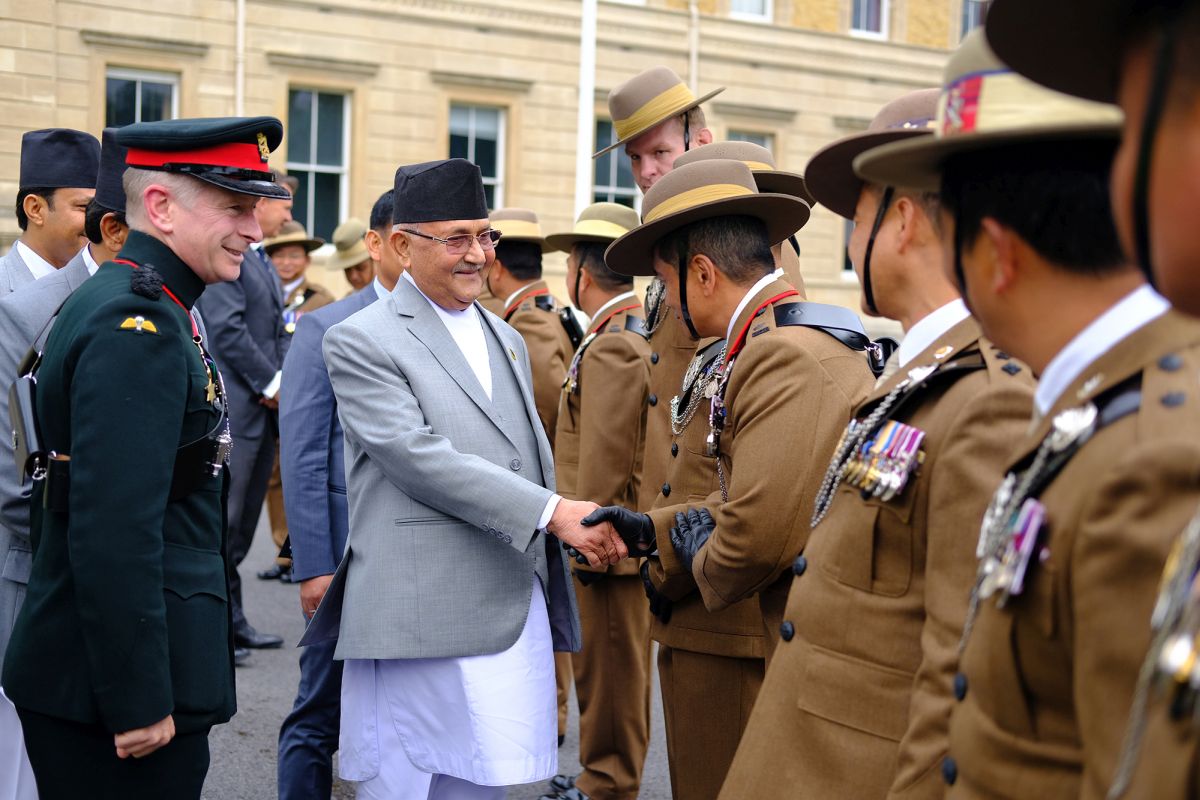 During his visit to the Brigade of Gurkhas he was greeted with an Honour Guard and marching band performance by the Band of the Brigade of Gurkhas, had an opportunity to meet with a number of serving Gurkhas and their families and was principal guest at a Dinner hosted by the Minister of State for the Armed Forces, the Rt Hon Mark Lancaster TD MP and the Deputy Chief of the General Staff, Lieutenant General Sir Nicholas Pope, KCB, CBE. 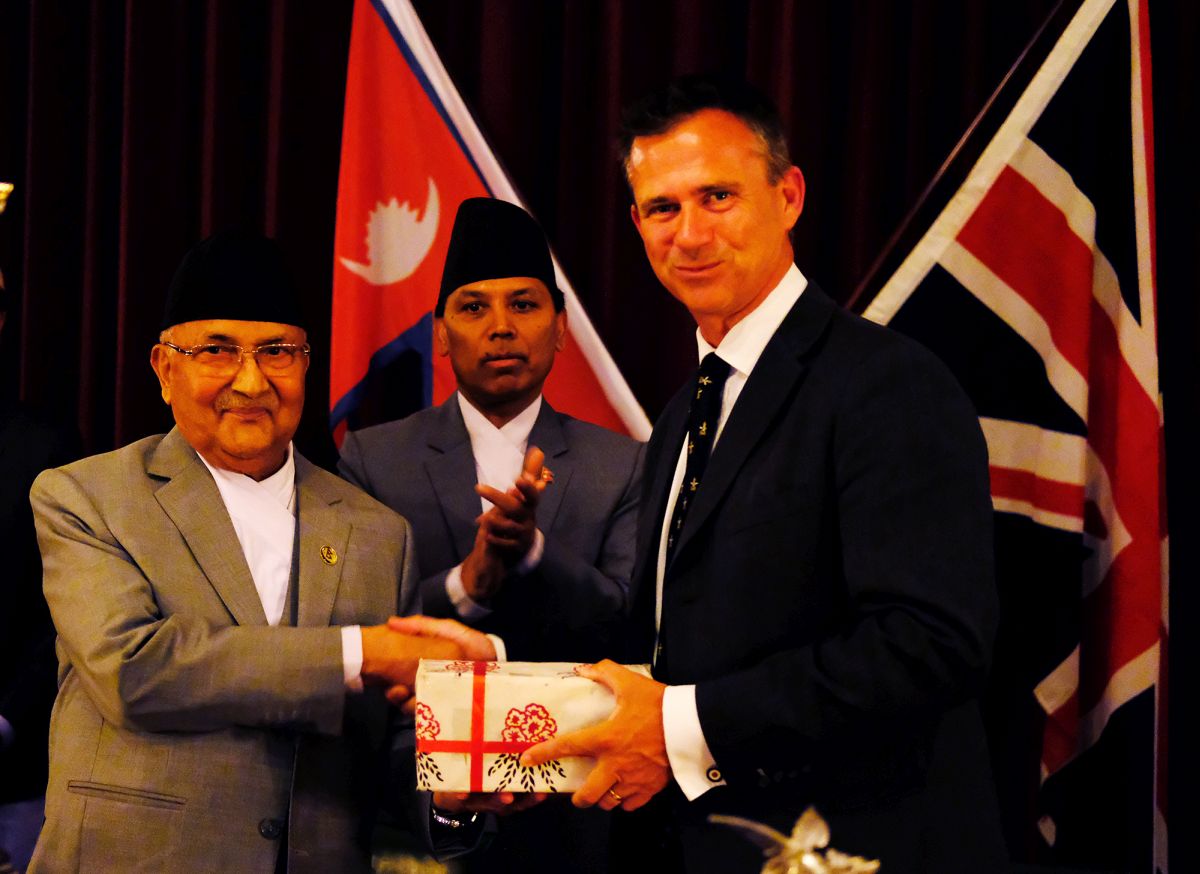 During a speech at dinner Mark Lancaster thanked the Gurkhas for their service and drew attention to the strong relationship between the United Kingdom and Nepal over the last 203 years. He said it was vitally important for the Nepalese Prime Minister to see and meet some British Army Gurkhas.

“Our friendship has been forged in battles centuries ago through to service in Afghanistan today citizens of the United Kingdom, and our Royal family have come to treasure this relationship; Nepalese Gurkha soldiers have a very special place in the hearts of this country.

They are outstanding Ambassadors for a vibrant, happy, prosperous and future looking Nepal.  And as I have said to you when we have met in Nepal it is a relationship which is particularly special to me given my own service in the Brigade. 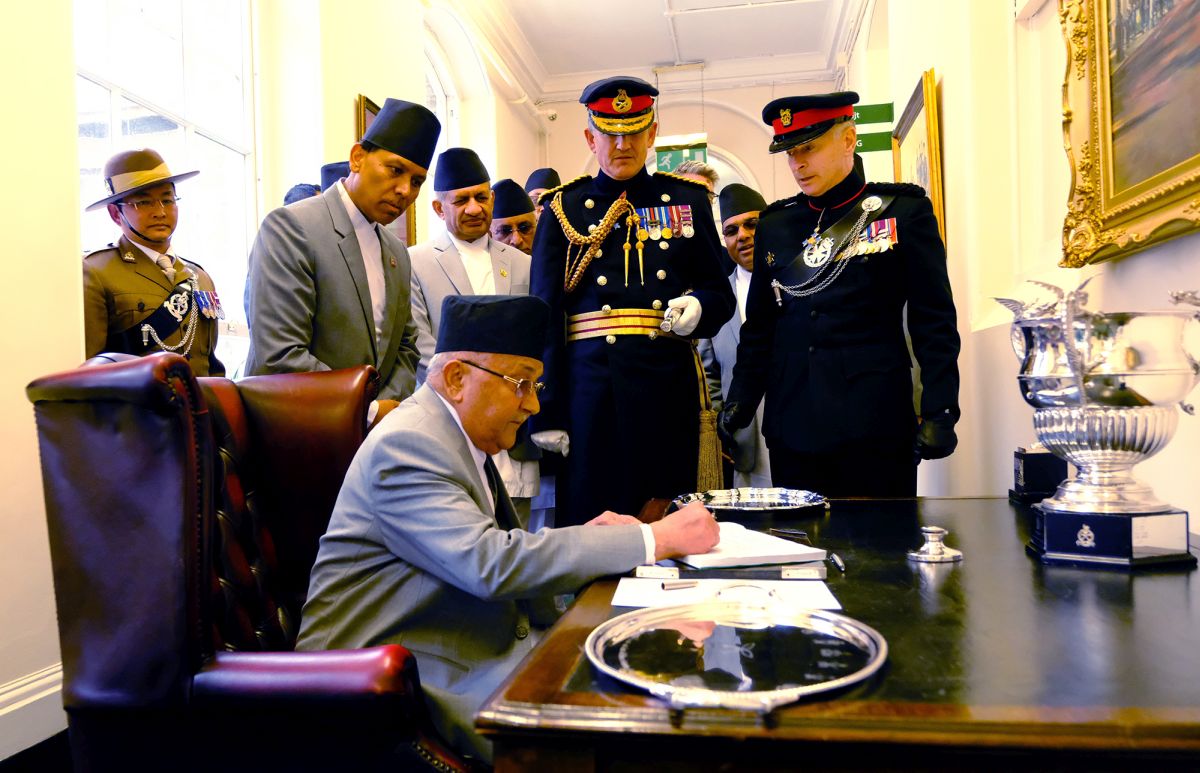 We look forward to many more years of friendship and working with these fine people from Nepal and the British Army Gurkhas.”