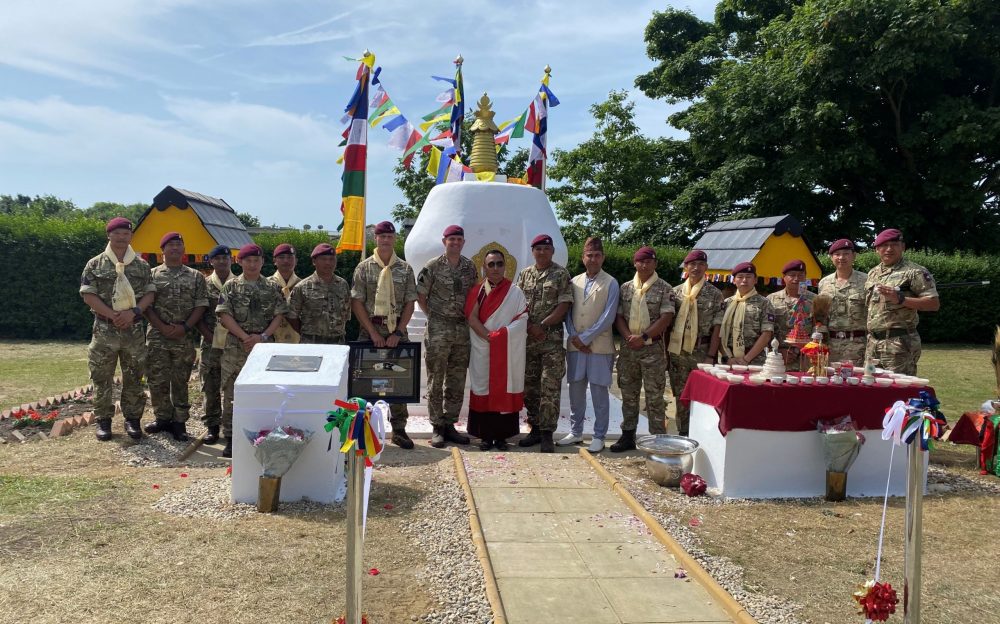 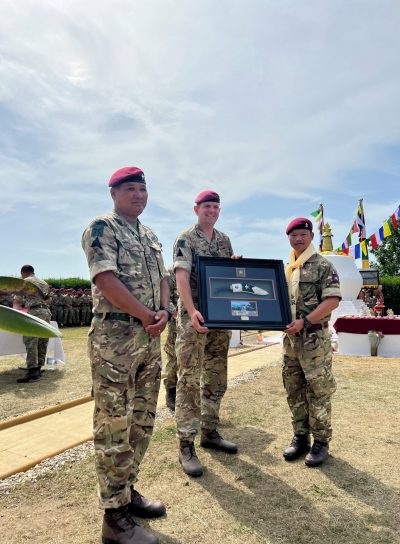 Project STUPA is the first Buddhist stupa within a military establishment. The design and construction of a Buddhist Stupa of Enlightenment is to enhance the lived experience of Buddhist professionals serving with The Royal Gurkha Rifles (RGR). The enlightenment ceremony of the Stupa was held on the 17th of June 2022, led by Lieutenant Colonel E P Oldfield, QCVS, Commanding Officer of 1 RGR.

The idea for the Stupa was conceived by Gurkha Major 1 RGR Rajesh Kumar Gurung and Buddhist priest Khem Remphoche Chhewan Gurung. The project was managed by Captain Lalit Gurung and Corporal Omprakash Gurung from the Quartermasters department and supervised by the Clerk of Works, Staff Sergeant Daniel Hall, from the Queen’s Gurkha Engineers. Project STUPA started on the 19th of April 2022 after a ritual ceremony by the Buddhist priest and 1 RGR Gurkha Major and took eight weeks to complete.

A team of various tradesmen consisting of brick layer and concreter, building and structure finisher, carpenter and joinery, and surveyor. They collaborated and supervised infantry assault pioneers in their various trade skills to construct a 3m high structure. The structure was built in the centre of the site so that the top of the Stupa aligns with the existing building. The main Stupa structure consists of brick and block structures, plastered, and rendered, and formed in the shape of a dome, on top of a 150mm thick reinforced concrete foundation base, finished in a white colour. Three prayer wheels (maneys) were built of plywood and timber housing, supported by concrete posts and finished with a pitched roof. In addition, three flag posts, two-block structures for plaque presentation and candle lighting platforms, and three groundworks bordered with brickwork for gardening have been constructed. The overall site was finished off with concrete paving slabs around the Stupa, with an additional footpath linking to the existing road. Some religious materials have been inserted at different stages by the Buddhist priest for religious purposes within the main structure, which were imported all the way from Nepal.