QOGLR celebrate Freedom of the Borough of Rushmoor 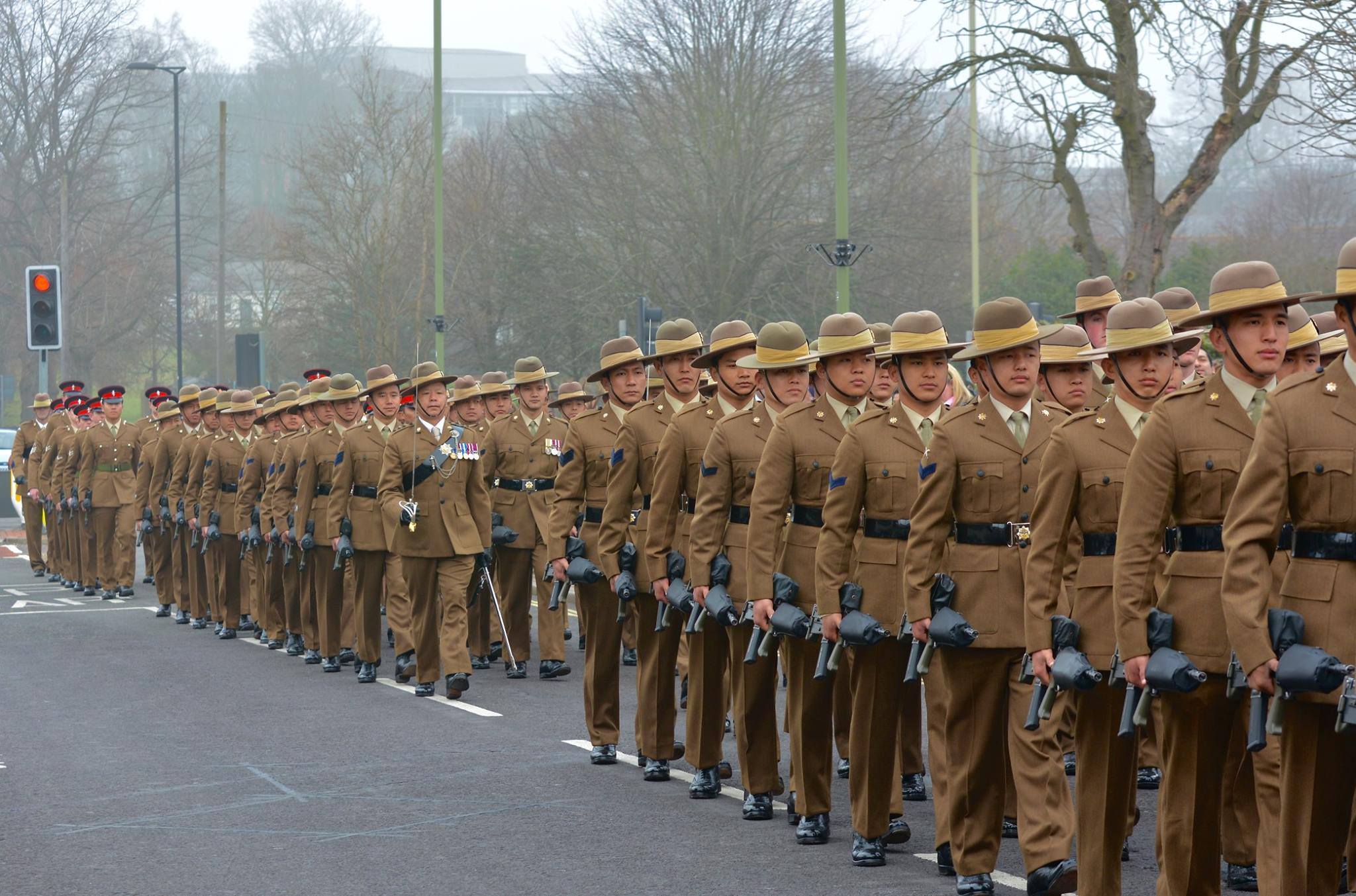 On Saturday 12 March 2016, 10 Queen’s Own Gurkha Logistic Regiment (QOGLR) were granted the Freedom of the Borough of Rushmoor in front of the people of Aldershot. The Regiment marched through Aldershot town centre on Saturday morning, led by the Band of the Brigade of Gurkhas and their own Regimental Pipes and Drums.

Councillor Tennant said, “On behalf of the Borough of Rushmoor, it gives me great pleasure to present this scroll to The Queen’s Own Gurkha Logistic Regiment. The decision to grant the Freedom of the Borough was unanimously carried by our councillors in recognition of the Regiments’ bravery, courage and distinguished achievements.”

Indeed, the QOGLR has completed two tours in Iraq and two in Afghanistan since they moved to Aldershot.

It is worth noting, that this is the highest honour a council can give and comes at a symbolic time as 200 years of loyal service of the Brigade of Gurkhas to the British Crown were recently celebrated.

Lieutenant Colonel Patrick Reehal MBE said, “In the year in which we celebrate 200 years of dedicated and unbroken service by the Brigade of Gurkhas to the British Crown, it is a single honour for us to be able to say ‘thank-you’ to the people of Rushmoor and Aldershot. We are, and will remain, your obedient servants – your Gurkhas.”

Led by the Band and the Regimental Pipes and Drums, the QOGLR then proudly marched along Grosvenor Road, Station Road, High Street and then back to Princess Hall. Hundreds of people lined the way, applauding and cheering to support this momentous occasion.

Below are some media coverage links: