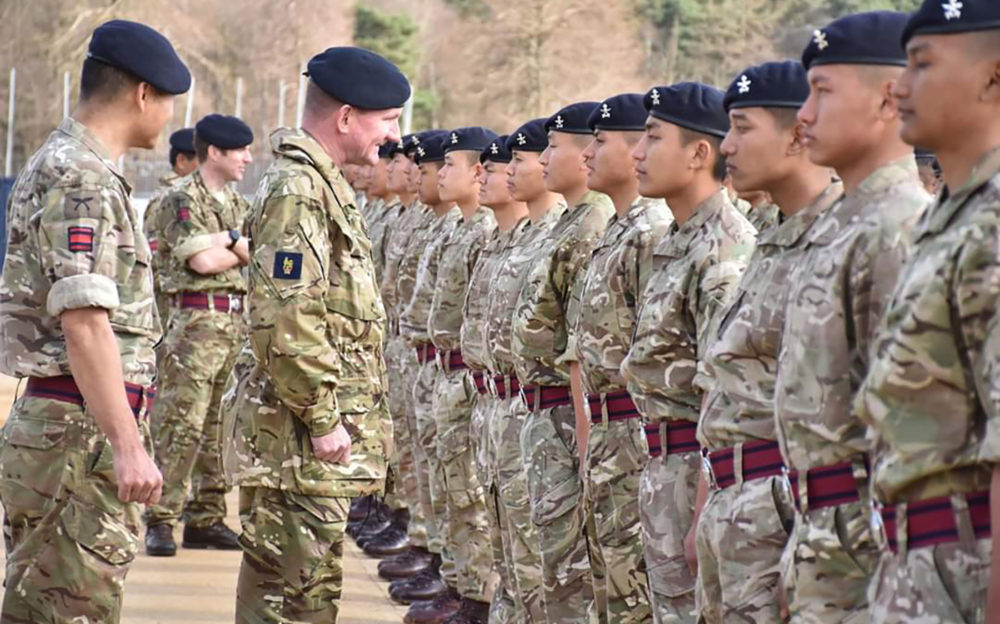 There were 70 trainee Sappers who took the oath to serve the Regiment after successfully completing their trade training with the Corps of Royal Engineers.

These young men have come along way in the last 15 months. Selected to become a Gurkha in February 2019 from over 10,000 applicants, they then completed 39 weeks training at the Infantry Training Centre in Catterick with Gurkha Company and then the first part of the trade training in Minley. They will now go on to join their units as trained members of the Queen’s Gurkha Engineers, ready to deploy around the UK and the world in support of British Army operations and exercises.

The Regiment later became part of the Brigade of Gurkhas and ‘The Gurkha Engineers’ on 28th September; it is this date which we now celebrate as the Regimental Birthday.
The Regiment was based at Sungei Besi near Kuala Lumpur from 1955 – 1961. The Regiment became part of the Brigade of Gurkhas in September 1955, and by Royal Warrant, on 28 September 1955, its designation was changed to “The Gurkha Engineers” and its own cap badge and insignia were adopted.

The title ‘The Queen’s Gurkha Engineers’ was bestowed by Her Majesty The Queen on 21st April 1977.  Shortly afterwards in 1981 the newly re-established 69 Gurkha Field Squadron moved to Kitchener Barracks, to be deployed to the Falklands the following year. 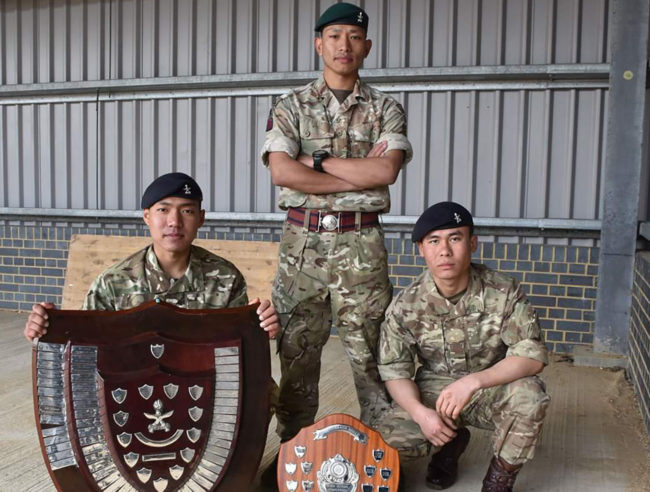