The Windsor Castle Guard consists of one Officer, two Senior Non-Commissioned Officers, eight Junior Non-Commissioned Officers, and ten Sappers, who provide ceremonial security to Her Majesty the Queen while she is at Windsor. Similar to at Buckingham Palace, the Guard form up at Victoria Barracks, where they are inspected by the Officer of the Guard.

Accompanied by the Band of the Brigade of Gurkhas, the Guard marches in light drill to Windsor Castle, where the Changing of the Guard takes place at 1100hrs. Prior to dismounting 48 hours later a kukri inspection is carried out in the courtyard, providing a unique spectacle for the viewing public.

A recent visit was made by the Queen’s Gurkha Engineers Commanding Officer, Gurkha Major and Regimental Sergeant Major. 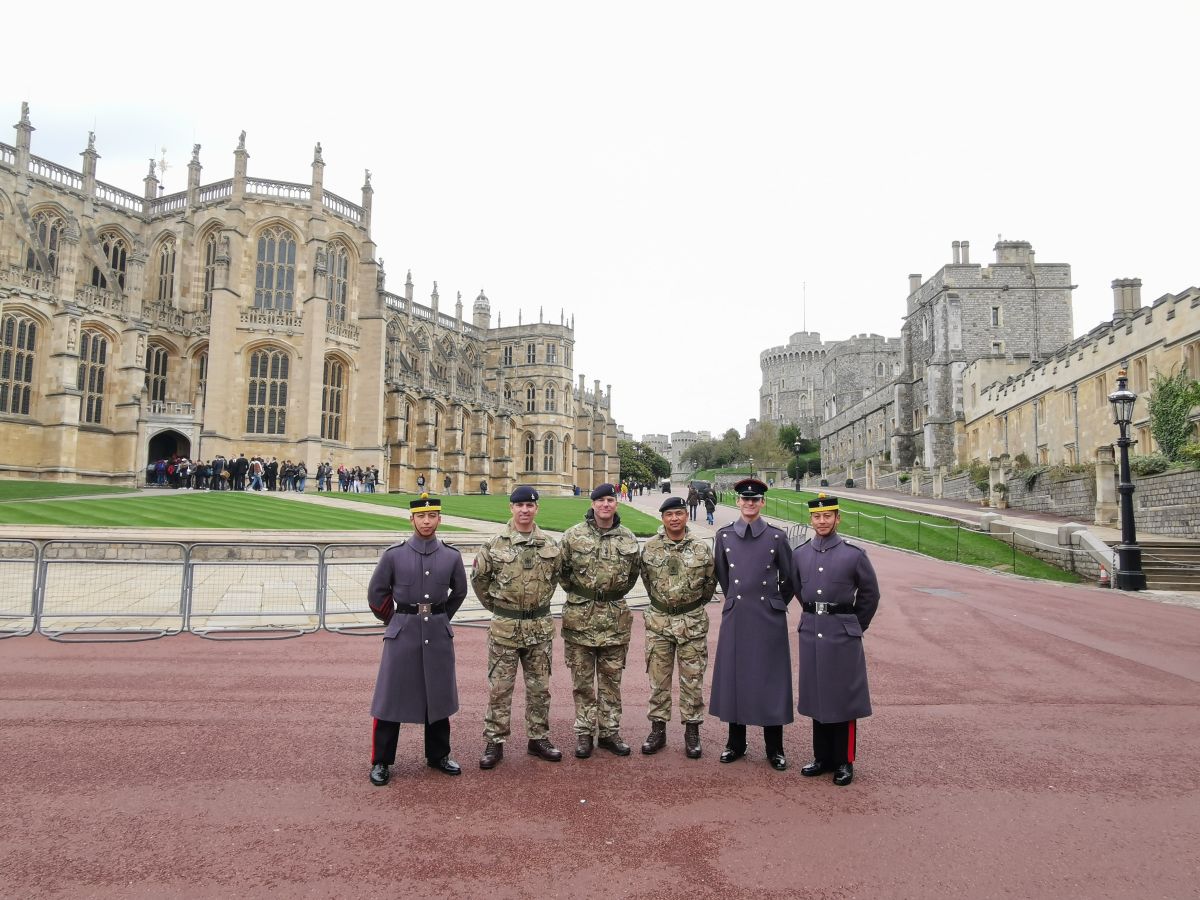 All were very impressed with the soldiers on guard. They joined for tea before going on a tour of St Georges Chapel and the Castle.