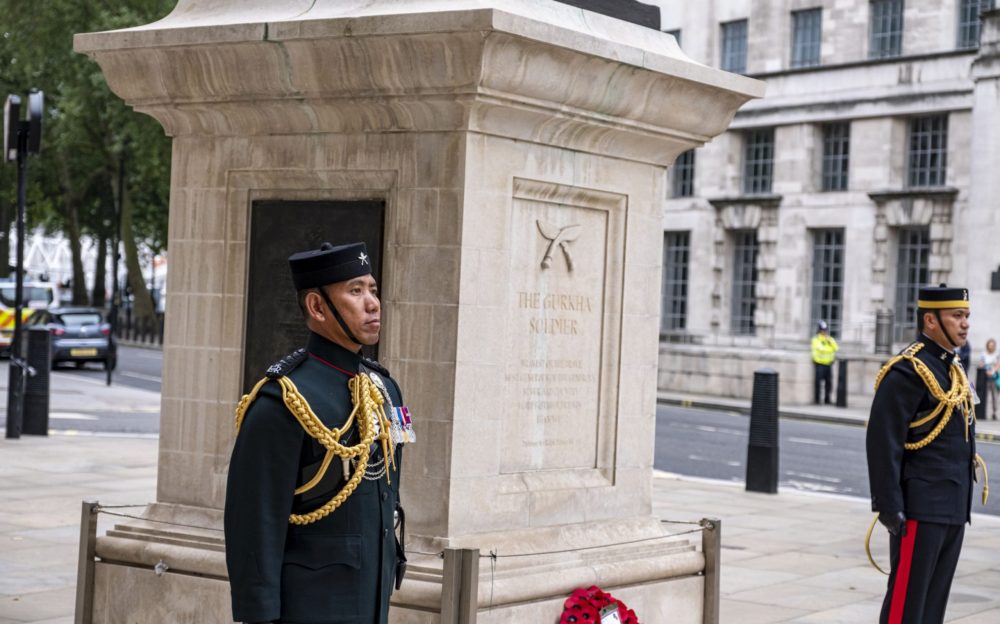 The new Queen’s Gurkha Orderly Officers take up their roles

The current yearly circle for this very important appointment has recently taken place. This is a prestigious role that will see them stand guard over The Queen during investitures and other public occasions as well attending other major ceremonial events in this role. They also hold administrative roles in the Brigade of Gurkhas during this single year assignment.

Captain Ganeshkumar was born on 31st March 1974 in a remote village of Tanahun District in western Nepal. He completed his high school in a state school before enlisting in the Brigade of Gurkhas in Jan 1994. On completion of Recruit Training in Hong Kong, he joined The third Battalion, The Royal Gurkha Rifles (3 RGR) in Church Crookham and joined The First Battalion, The Royal Gurkha Rifles in 1997 following the amalgamation of battalions.

He was graded as Top Student out of 68 candidates on his Junior Leadership Cadre (JLC) in 1997, earned a distinction on his Section Commander’s Battle Course and an Instructor Recommendation on his Platoon Sergeant’s Battle Course. He had the privileged opportunity to serve as a Colour Sergeant Instructor at the Infantry Battle School Senior Division in Brecon.

Operationally, he has served in Bosnia as both a Rifleman and an Intelligence Sergeant, in Sierra Leone as the Commanding Officer’s multiple Command, in Kosovo twice as an Intelligent Surveillance Task Force controller and three times in Afghanistan as a Company Quartermaster Sergeant, Company Sergeant Major and Quartermaster (Technical). In addition, he has served in Hong Kong, Belize, The Falkland Islands, Kenya, Canada and New Zealand. On promotion to the prestigious post as Warrant Officer Class 1, he had the privilege to serve as Regimental Sergeant Major of The First Battalion, The Royal Gurkha Rifles and commissioned in November 2014.

On commissioning, he assumed the role of a Platoon Commander in Gurkha Company Catterick and had the fortunate opportunity to teach and mentor Gurkha recruits. Subsequent positions since returning from Catterick have included Rifle Platoon Commander, Training Officer on JLC and Company Second in Charge and Quartermaster Technical.

He has been married to Rupa for 25 years and they have two daughters (Maya and Jasmine), aged 23 and 14. Maya is married, and Jasmine is in The Duke of York’s Royal Military School in Dover. Captain Ganesh enjoys keeping fit and keenly plays a variety of sports, especially golf. 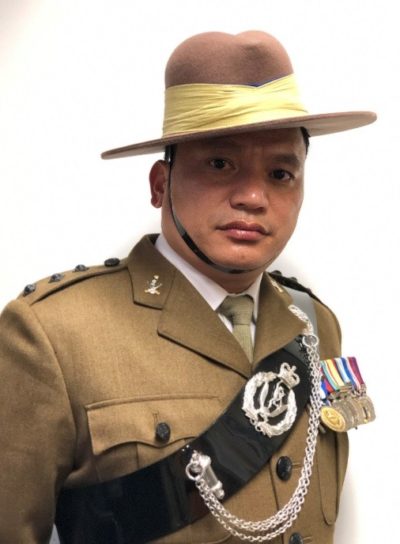 Captain Deepak Rai was born in East Nepal in 1976. He enlisted into the Brigade of Gurkhas in January 1997, and on completion of nine months basic training he joined the Queen’s Gurkha Signals as a Combat System Operator. Promoting at pace, he completed his Junior Command Leadership Management Course in 2005, achieving Top student and Top Field soldier awards.

Captain Deepak Rai has had a varied career including the inaugural instructor for the Class One Combat System Operator course, Directing Staff on the Senior Command and Leadership Management course at the Royal School of Signals and Regimental Quartermaster Sergeant at 2 Signal Regiment, York. He has deployed to Germany, Australia and Cyprus, and to operational theatres in Kosovo (Op AGRICOLA), Sierra Leone (Op SILKMAN) and Afghanistan (Op HERRICK 13).

In April 2015, Captain Deepak Rai commissioned into the Queen’s Gurkha Signals and assumed the appointment of Troop Commander in 30 Signal Regiment, providing operational communications to the Standing Joint Force Headquarters, subsequently moving as the Regimental Quartermaster Technical. In July 2019, he was appointed Second-in-Command of 250 (Gurkha) Signal Squadron and has been selected as the Adjutant Queen’s Gurkha Signals.

Captain Deepak is married to Kala for 15 years and they have 2 children Drishti (10) and Diwas (8).  He is a keen sportsman and continues to enjoy playing football and running. He also enjoys a variety of adventurous training activities.