Within the Royal Logistic Corps, the appointment is unique, managing Regimental personnel of whom approximately 70% are Nepalese and 30% are British/Foreign and Commonwealth soldiers. The RSM also has responsibility for those soldiers employed within the wider QOGLR at Extra Regimental Employment. 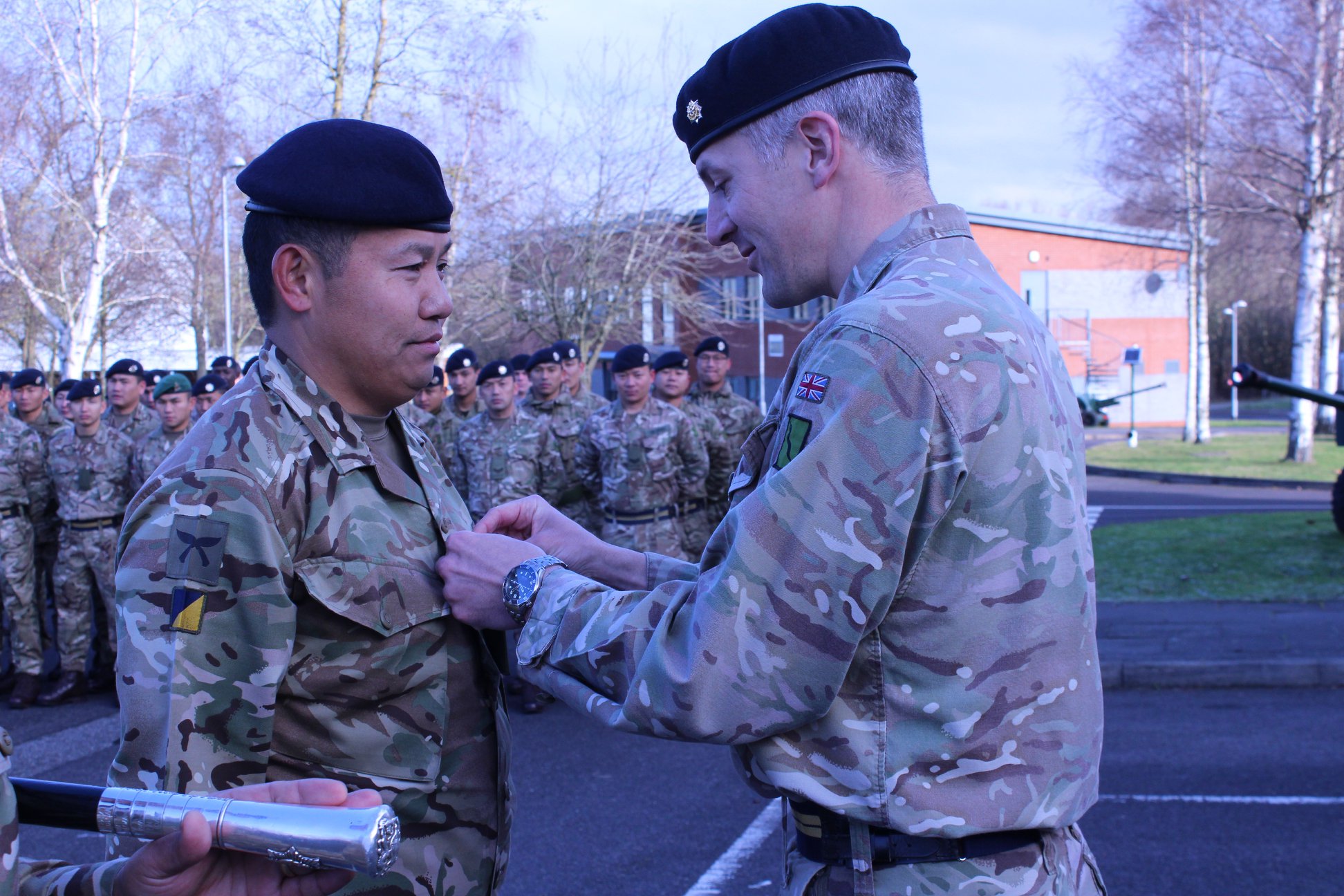 Once the handover of the RSM appointment was completed, the Commander had the honour of Commissioning Warrant Officer Class One Dipendra Rai as Captain Dipendra Rai in front the entire Regiment.

Captain Dipendra leaves the UK imminently to assume the appointment of QOGLR Detachment Commander in Brunei.

Commander QOGLR congratulates and Welcomes him to the Officers’ Mess. His tenure as the inaugural Gurkha RSM of the 21st Century has been a brief yet glorious undertaking, with many highlights, culminating the hugely successful visit of the Army Sergeant Major and Royal Logistic Corps Sergeant Major only days ago. He has been unique. On behalf of the Regiment he is thanked for all his endeavours within the QOGLR.

Commander QOGLR said ”RSM Prakash Saheb, taking up the mantle of the senior soldier in the Regiment is not one to take lightly, and I have every confidence you will be superb. You have been chosen to be the RSM because of your honed leadership and management acumen, and sheer professionalism to drive yourself and your subordinates ever onward which you have exhibited daily throughout your career. I am delighted to have the opportunity to work with you over coming months.”