Raising money for charity with DST

The serving Gurkhas of the Defence School of Transport (DST) organised a Gurkha Charity Event and managed to raise £1277.

The main aim of the event was to give authentic Gurkha/Nepalese experience to wider non Gurkha DST staff and secondly, to raise fund for The Army Benevolent Fund (ABF) Charity Gurkha Welfare Trust (GWT). The preparation started with selling tickets in advance, sponsorships, and rehearsals for the cultural show which would be delivered by the Gurkha trainees from Gurkha Company in Catterick –  despite the busy schedule of a Phase 2 training establishment.

Colonel Andrew Kennedy, the Commandant of the DST and memsahib Sally-Ann Kennedy were the chief guests and were invited for the opening of the event. The event started with Pipes and Drum display from 10 Queen’s Own Gurkha Logistic Regiment (QOGLR) members, followed by a traditional ‘Khukuri Dance’ and cultural dance from Gurkha trainees which attracted all the participants’ attention and brought the crowd to their feet.

Everyone got chance to taste the special authentic Gurkha curry which was prepared by the QOGLR Chefs. To make it more interesting a raffle draw was also included with attractive prizes  including famous Gurkha knife ‘The Khukuri’. The first prize (Kothimara Khukuri) and third prize (working Khukuri) was sponsored by Captain Basanta Shahi and second prize (ceremonial Khukuri) was sponsored by Sergeant Gyan Singh. Local farm sponsored a whole Pig (fresh messing) for this event. 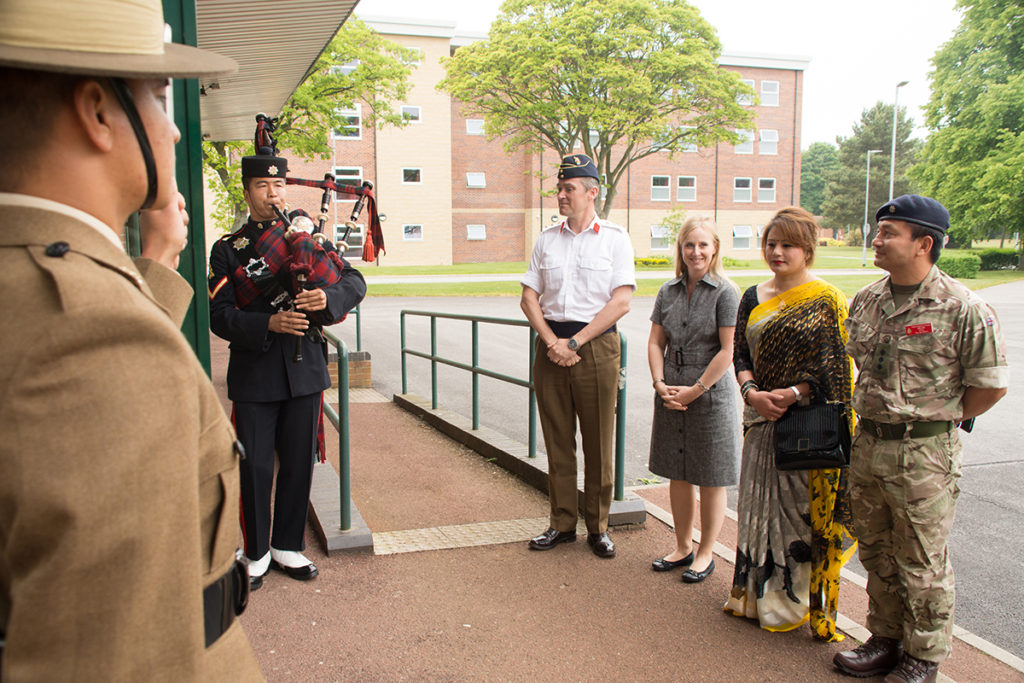 The event was full of entertainment and everyone was enjoyed the event to the fullest. The participants in the event was outnumbered than the tickets we sold. This charity event was organised in unique Gurkha Kaida (style) in support of two worthy charities – it was a huge success! Thank you to Commandant DST including all military and civilian staff for their support. Huge thanks go to all internal team; Gurkha/QOGLR members and families of DST, Pipes and Drum, chefs and phase 2 trainees; and external thank you goes to Commander QOGLR and Gurkha Major sahebs for their continuous support to us.