Recruit Intake 18 Pass of the Square

Gurkha Recruit Intake 2018 have reached a significant milestone, the Pass of the Square.

This assessment of the Gurkha trainees is on their ability to perform individual and Platoon level drills which were conducted on Saturday, 28th April 2018 in Helles Barracks.

The assessment confirms and provides assurance to the training team that the trainees can march on their own and give the necessary compliment if they come across their superiors.

This event is also significantly important for the trainees themselves because this event not only observes the completion of the Common Military Syllabus (CMS (R)) phase but also allows them to exercise their freedom. In real terms this means they will be able to go out at the weekends and explore the local area. 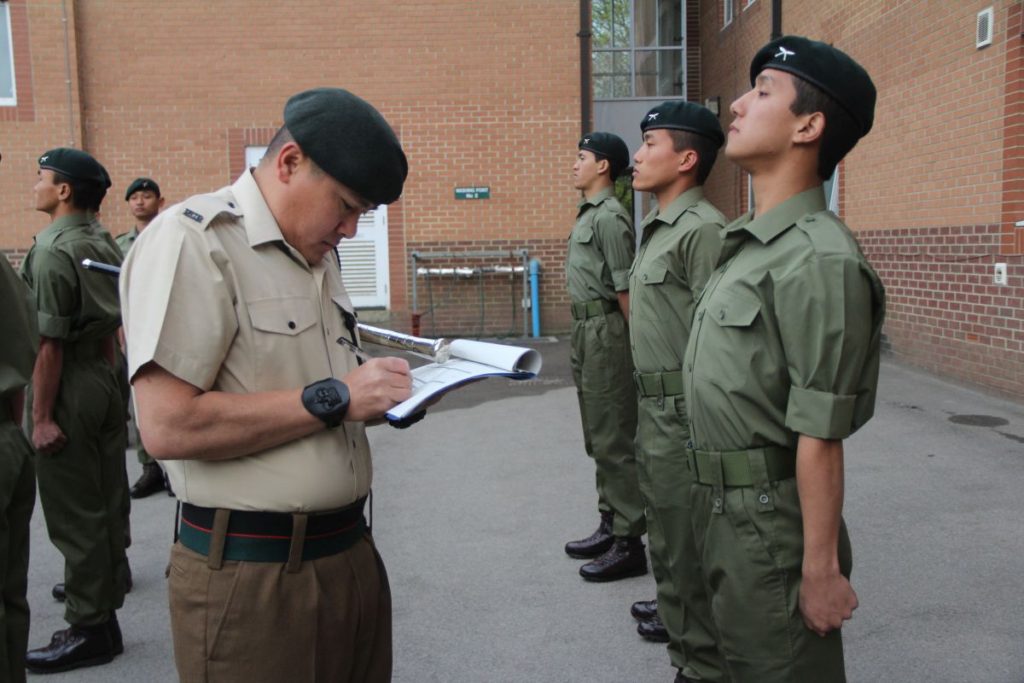 The assessment began with the personal dress standard inspection at Bhanu Square followed by individual and platoon drill assessments. The assessments were conducted by the nominated Company Staff and Wing Commanders. An individual best trainee from each platoon and overall best Platoon were identified.

The Close Quarter Combat (CQC) assessment was also carried out subsequently on presence of Master Rastra Rai (Sixth Dan in International Taekwon-Do Federation and World Taekwondo Federation), who is a Founder and Chairman of Sagarmatha Taekwondo Dojang.  The passing of the CQC is the formal and recognised aptitude of using Khukuri by all Gurkha trainees. On completion of the CQC, all trainees were presented a ceremonial Khukuri, which is theirs to keep forever as recognition for being a Gurkha in the British Army.

The prize giving ceremony was carried out in the afternoon. All staff and trainees formed up at the Bhanu Square and the results of the event were announced by Gurkha Company Sergeant Major. The Commanding Officer 2nd Infantry Training Battalion, Lieutenant Colonel Simon Davies, presented the prizes to all individual and platoon winners. He also presented the Commanding Officer’s Tankard award to members of the training staff who made significant contributions and added extra value to the training of the trainees.