On Sunday 10 November 2013, a Remembrance Service was held at the British Embassy in Kathmandu, Nepal and was attended by British Embassy personnel, dignitaries, British Gurkha’s Nepal (BGN) serving personnel, UKBCs and their spouses. It was followed by another Remembrance service at British Gurkha’s Kathmandu (BGK) on Monday 11 November 2013; COS BGN Lt Col E A Davis, represented the British Army and GM BGN Maj Manoj Mohara represented the Brigade of Gurkha’s during the parade; the parade was commanded by OC BGK Maj D Hendry and was attended by BGN serving personnel/spouses, LECs, Regimental Association Nepal (RAN) members and invited guests. 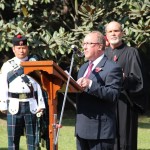 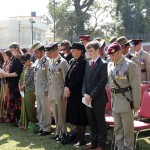 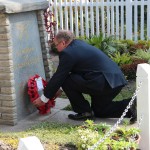 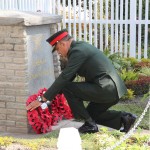 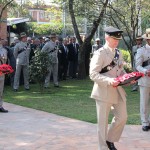 FOLLOW US
Meanwhile in Brecon, a nice quiet day before the w

Nothing like a water crossing in the cold of Octob

The live firing exercise towards the end of Gurkha

Happy Dashain 2077 from the Brigade of Gurkhas.