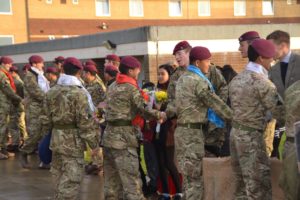 The first part of the currently deployed 2 Royal Gurkha Rifles, members of Support Company and CSS Company, returned to the UK yesterday after a successful tour in Afghanistan on Operation TORAL in Kabul.

The Royal Gurkha Rifles have been in Afghanistan for several months as part of Operation TORAL, a force protection mission for NATO staff based in Kabul.

Since deploying earlier this year, they have been keeping busy as part of NATO’s Resolute Support Mission, providing enduring support to the Afghan Government. 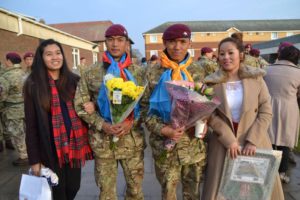 They were warmly welcomed by the members of the battalion on return to Sir John Moore Barracks. The remaining members are due to join the battalion very soon.