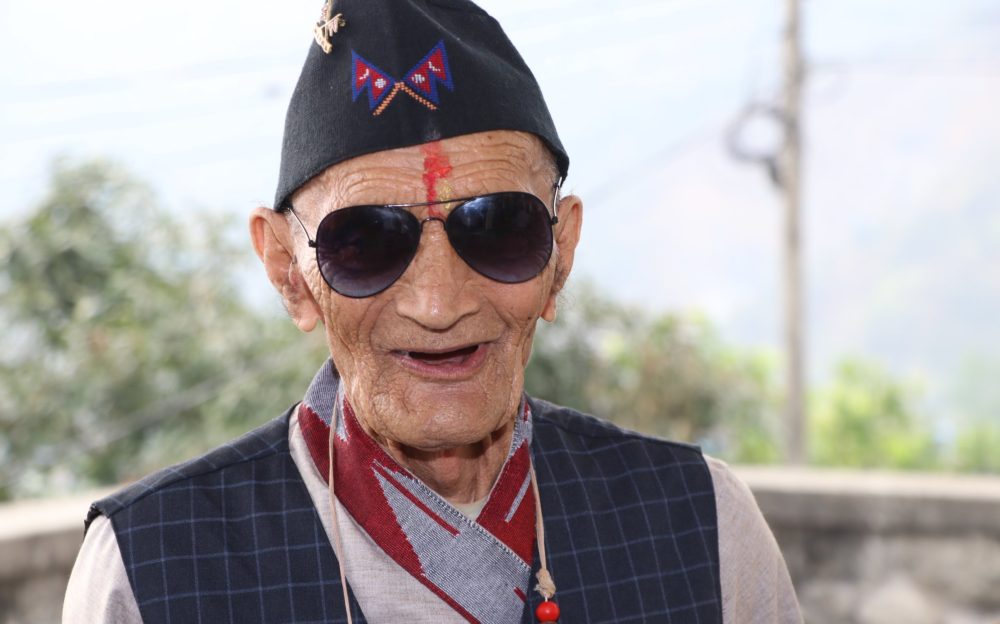 It is with a heavy heart that we announce Man Bahadur Ghimire, one of our oldest Gurkha veterans, sadly passed away at the Gurkha Welfare Trust Residential Home in Dharan, Nepal.

Man Bahadur had been living at one of the GWT Residential Homes for the past 10 years. He was one of the first guests to move into our Home in Kaski in 2010 and moved into our second Home in the east of Nepal (Dharan) when it opened three years later. We moved him there so he could be closer to his family.

Manbahadur was well-respected by our staff, the Home’s visitors and his fellow residents alike, who are all going to miss him greatly.

He was a wise man and someone to go to for advice. A very religious man, he spent every morning conducting a ‘puja’ for everyone, a Hindu prayer ritual.

Last year, the GWT held a 100th birthday party for him, highlights of which can be seen on the video below. 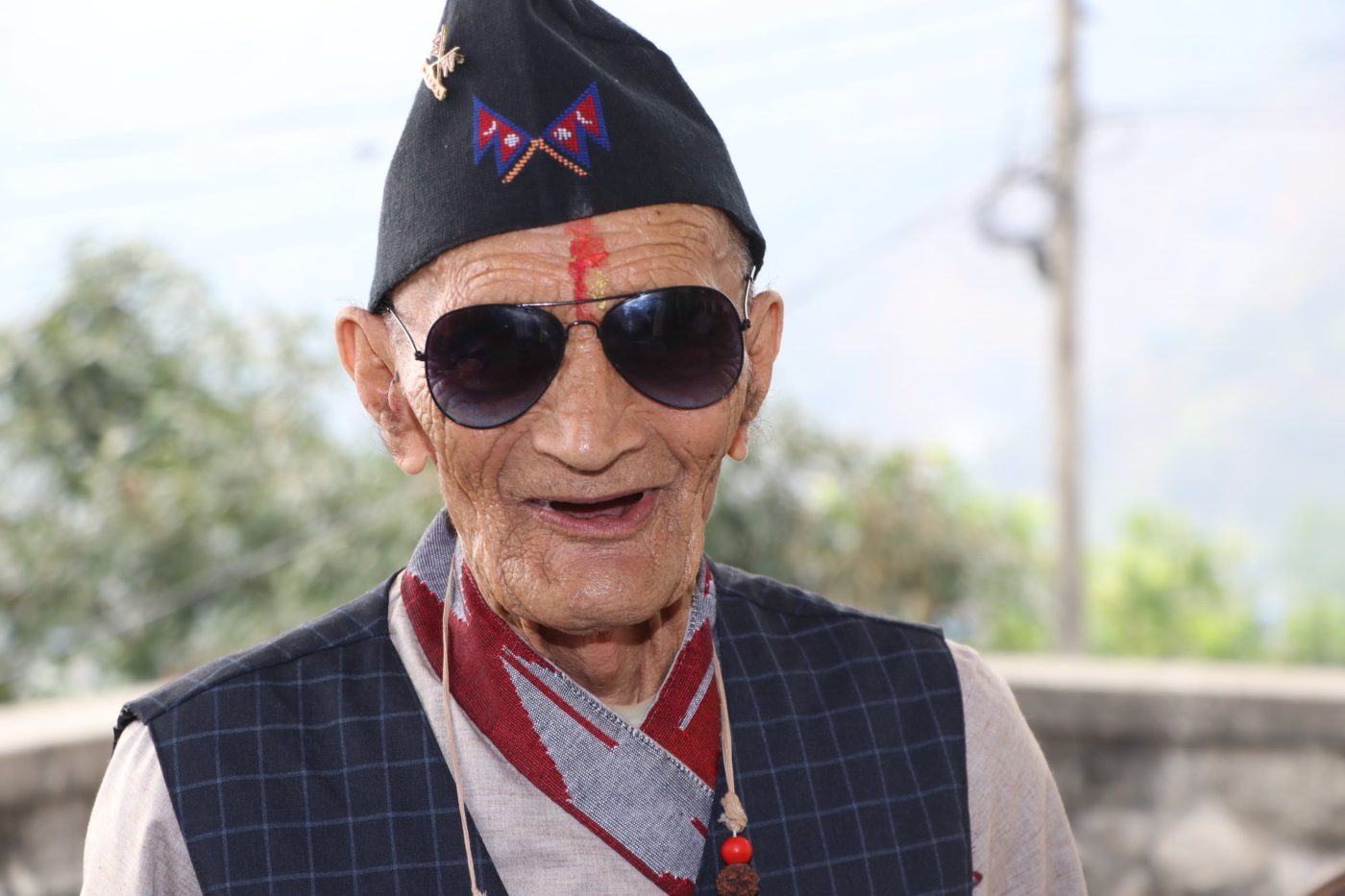 Life in the Army

Born in Bhojpur in eastern Nepal Manbahadur joined the army in 1942. After his initial training he was posted to 3rd Company, 3 platoon and 3 section of 9th Gurkha Rifles.

With the world in the throes of World War Two, he sailed from India with his battalion to Italy and later Greece where he fought the Germans. For four years Manbahadur fought in battles across Europe with courage and skill.

When the War was finished and the Army downsized, Manbahadur was released from the British Army.

He returned to Nepal and began a life of subsistence farming for him and his family.

Sadly, Manbahadur was widowed twice – he lost his first wife many years ago and his second in the mid-1980s.

As he grew older he was unable to farm like he used to and found it hard to harvest enough crops to get by. He moved to a very remote village in eastern-Nepal so that he could be looked after by his second son and his family.

Eventually he moved in with the team at our Residential Homes – he will be missed by all who met him.