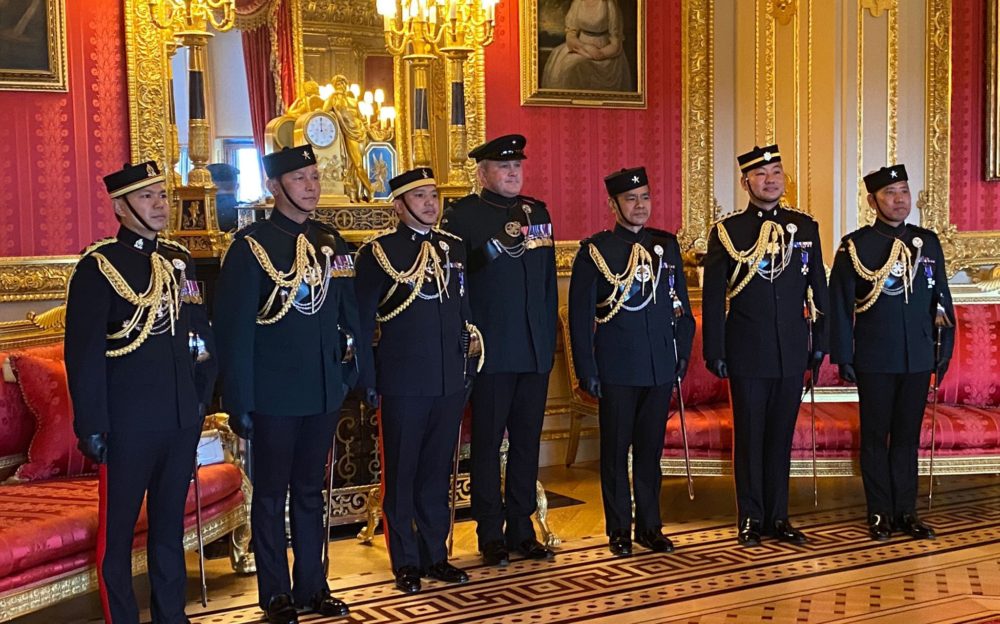 On the 30th of November 2021, a Royal audience took place in the Crimson Hall, Windsor Castle. 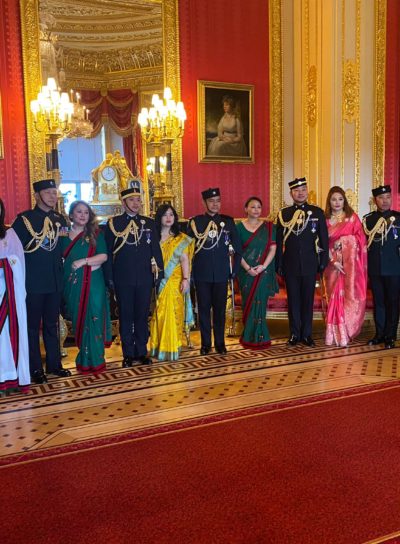 The attendees were Colonel Jody Davies MBE (Previous Colonel Brigade of Gurkhas and Deputy Colonel The Royal Gurkha Rifles (RGR)), the six most recent former and current Queens’ Gurkha Orderly Officers (QGOOs) and their families. Her Royal Highness The Princess Royal was present on behalf of Her Majesty The Queen.

The aim of the event was to meet Her Majesty The Queen and take the oath of allegiance to the Royal duties to acknowledge and reinvigorate the legacies of our Gurkha forefathers and maintain the special connection with the Royal family which has existed since 1876.

An Audience is simply a one-to-one meeting with The Queen during Her Majesty’s working week. By meeting people privately, or ‘granting an Audience’, The Queen acknowledges the importance of certain individuals and their work and creates an opportunity to learn more about them and to give them a memorable Royal experience.

The event started with a brief introduction to the audience from Lieutenant Colonel Michael Vernon (Comptroller, Lord Chamberlain’s Office) before presenting and returning the sword to HRH The Princess Royal by the QGOOs. The event also saw the medal awards to the QGOOs of 2019 and 2020 in recognition of their loyal, hard work and dedication to the Royal duties. These individuals included Major Sanjipkumar Rai (2 RGR), Captain Deny Gurung (Queen’s Own Gurkha Logistic Regiment), Captain Ganeshkumar Gurung (1 RGR) and Major Deepak Rai (Queen’s Gurkha Signals) who were received by HRH The Princess Royal and invested them to be a member of the Royal Victorian Order (MVO). They are all now a proud members of the Royal Household.

Also present were the ladies of the Gurkha Officers and itt was also a great honour and privilege for them to meet with HRH at the end of the event. The Audience with HRH was a significant day for the Brigade of Gurkhas which saw the biggest gatherings of Queens Orderlies in living memory.