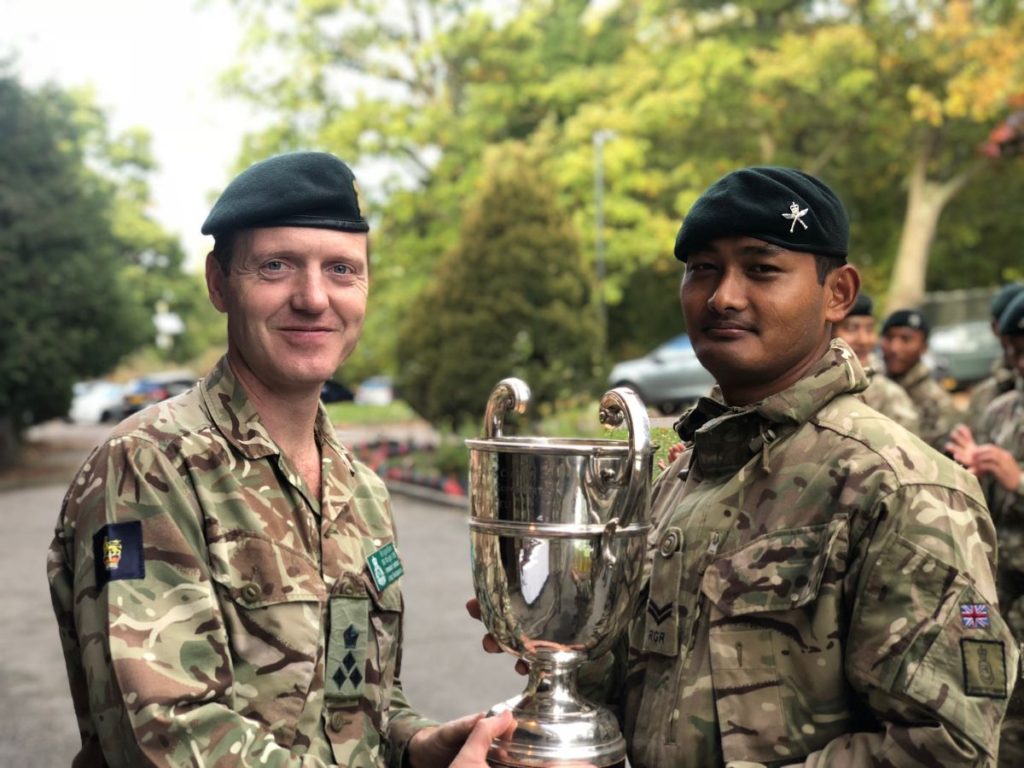 The afternoon was spent at GCS where he received a brief update about various issues, capabilities and the future role of GCS.  His visit also included a prize giving ceremony where he awarded medal and trophies to individual and Platoon winners of RMAS Shooting Competition run by Sergeant Uttam Pun. He also did congratulate RMAS Exericise Cambrian Patrol Team who won silver medal.

The visit provided a great opportunity for all soldiers to express their views and concerns to the Commandant.