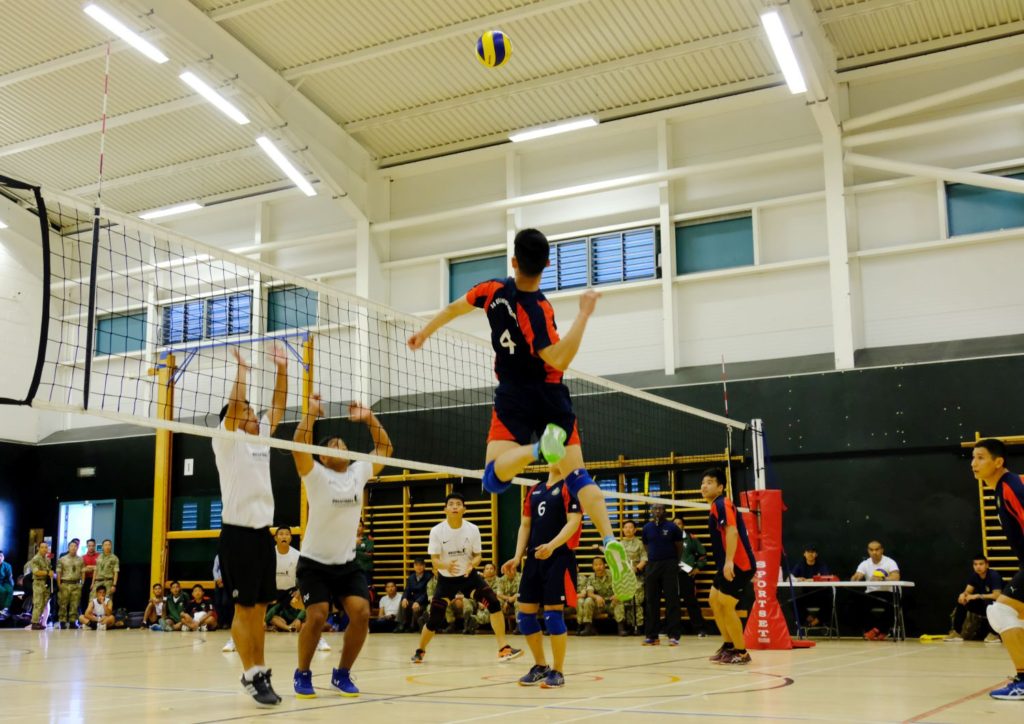 There were three competitions; Regular units men, Ladies and Army Reserve Units. The competition was run over a knock out system. To reach the Inter-Units final teams had already secured their places by competing in area competitions around the UK except for 1 Royal Gurkha Rifles who were reigning champions. 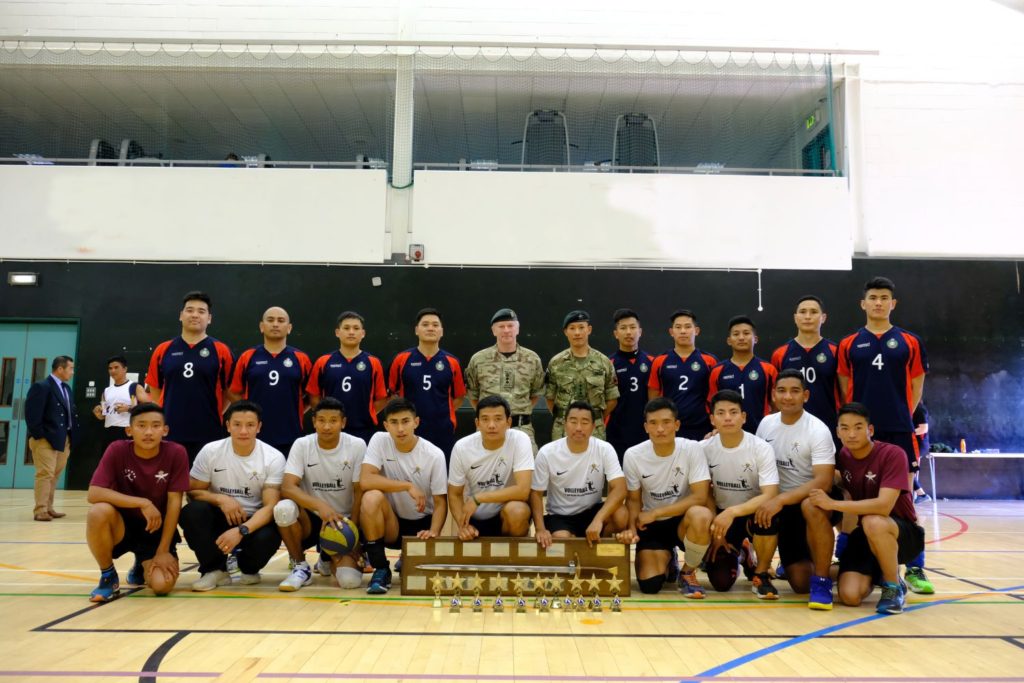 Then the Mens final played out between the reigning champions 1 Royal Gurkha Rifles and the Queen’s Gurkha Engineers. Early both these teams had overcome other Gurkha teams from the Queen’s Own Gurkha Logistic Regiment and 2 Royal Gurkha Rifles who had arrived only yesterday from Brunei to take part. Clearly Gurkhas are very good at volleyball.

The Mens final was had tough battle for both sides with some excellent play, skills and endurance. In the end the reigning champions 1 Royal Gurkha Rifles managed to find some space and won the match in two sets securing their crown once again as the best Unit volleyball team in the British Army.