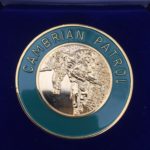 This years Exercise Cambrian Patrol has just taken place. The exercise is unique, world class and the largest of its kind with some foreign entrants having to claim the right to take part in the UK by winning through their own domestic competition. Teams from the Brigade of Gurkhas have once again done extremely well. 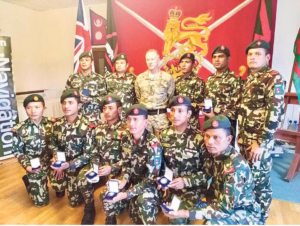 And a very special congratulations to the Nepalese Army Team who also secured gold. Members of 1 Royal Gurkha Rifles spent 2 weeks prior to event training with this team and it clearly paid off for both parties.

This year’s event saw 139 patrols entered into the mix, including five overseas armies with soldiers from Armenia, Uzbekistan, United Arab Emirates, the Philippines and Moldova having their first crack at completing the patrol and aiming to navigate their way through the arduous terrain of Mid Wales.

Exercise Cambrian Patrol itself began in 1959, when a group of Welsh Territorial Army soldiers designed a weekend training event, featuring long distance marching over the Cambrian Mountains, culminating in a shooting match on the Sennybridge Training Area.

On arriving at the Patrol Base teams, made up of eight soldiers, will be subjected to a thorough check to ensure that they are in possession of the correct kit, equipment and clothing required for the exercise.

Patrol commanders will then be given a set of orders based on a specific scenario involving enemy forces for onward briefing to members of their patrol. They must battle prep and map out a designated route, along which they must navigate through, day and night, and deal with a set of stands: these include casualty evacuation scenarios, dealing with mock improvised explosive device finds, intelligence gathering, seeking protective measures against chemical, biological, radiological and nuclear threats, a water crossing, close-target reconnaissance and others.
The two-day patrolling mission is a mind-and-muscle sapping 60km, carrying full personal kit and equipment weighing in at some 50lbs. At the completion of the exercise each patrol faces a comprehensive debriefing session.

Depending on how they have dealt with all those challenges they are awarded points, for which they will either gain the top gold medal, a silver, bronze or certificate finish. A patrol can complete with five soldiers, taking into account any injuries or other issues which depletes the team, but they can only be awarded a certificate in that instance.

On average, only five per cent of patrols gain the top award while about a third fail to finish, indicating just how arduous Exercise Cambrian Patrol is. Patrols find out how they have done at the presentation ceremonies, which take place daily at the Sennybridge Training Area camp.

The exercise is mentally and physically demanding and tests all the basic military skills of a modern-day soldier, enhancing leadership ability and levels of endurance and determination. 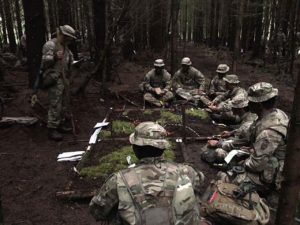 Find out more about the event with this video from the British Army.