The conference provides a chance for Buddhists whether they are serving, veterans or working in the wider defence community to come together for three days.

Buddhism is one of the smaller religions represented in the UK Armed Forces, with only 4,000.

Speaking to Forces News, Dr Sunil Kariyakarawana, the Buddhist Chaplain to the military, said: “This provides an opportunity at a focal point to meet with other Buddhists and like-minded people and to also touch base with their own practice.” 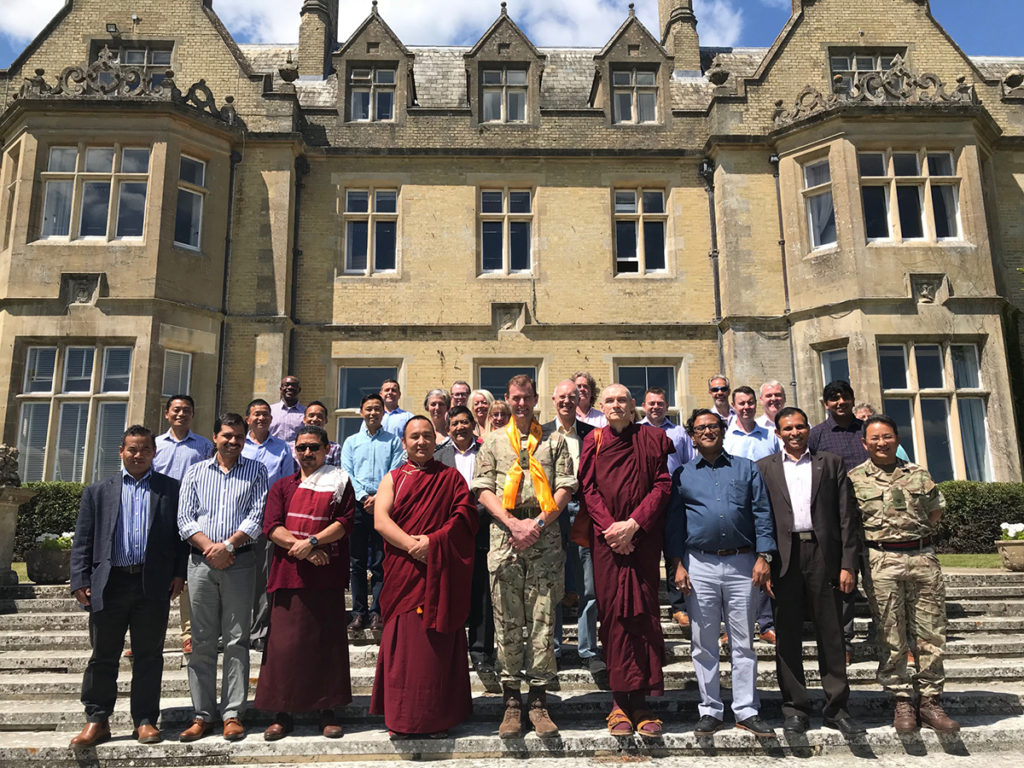 The conference started with meditation before focusing on breathing and movement exercises like Qi Gong, which is similar to Tai Chi.

Across The MOD the Brigade of Gurkhas has the largest number of serving Hindu and Buddhist faith followers and their welfare and pastoral care is provided by respective Religious Leaders.

Headquarters Brigade of Gurkhas aspires to provide a place of worship in locations where members of Brigade serve in mass.  It has been encouraging to know that the Armed Forces Faith communities across the MOD wish to assist the Brigade to meet the obligations to practice faith and meet the Gurkhas’ cultural distinctiveness.

It was encouraging to hear that other Military units are providing opportunities to their soldiers, officers and the Religious Leaders to have an input into future development of this area at the Annual Hindu and Buddhist Faith Conference held at Amport House.