The Band of the Brigade of Gurkhas

The Band of The Brigade of Gurkhas is based at Shorncliffe near Folkestone.

The Band was raised in November 1859 as part of an Indian Army Gurkha Regiment called the Sirmoor Rifle Regiment. It had 16 Bandsmen and one Naik (a leader) and soon became a part of Regimental life, playing for parades, polo matches, dinners and troop entertainment at the Regimental base at Dehra Dun, North East of Dehli. In the early days the Band travelled with the Regiment to other areas of India, Malta, Cyprus and Afghanistan.

1886 saw the raising of a 2nd Battalion which allowed for a further 16 Bandsmen and Naik and whenever possible these joined the already trained band, effectively forming one large band. As the 2 Battalions were often co-located this worked well enough but when separated the band would support each Battalion with a smaller group both musically and as stretcher-bearers on operational duties.

When India was partitioned in 1947 Gurkha Regiments chose their new affiliations to either Britain or India. The 2nd Goorkhas, as the Regiment was now called, chose Britain and sailed for Sungei Patani in Malaya with the Band Instruments. Sadly there were no bandsmen to play them as they had all elected to remain in India! In 1949 sanction was given to raise the band again, with some 56 recruits commencing training.

Ad-hoc musical instruction from co-located British Regimental Bandmasters was given until May 1951 when Captain J P C Bailey MBE was appointed as the first Director of Music. From that day forward they have delighted crowds with their fast and slick marching displays, lively concert music, ethnic Nepali folk tunes and colourful traditional dances. 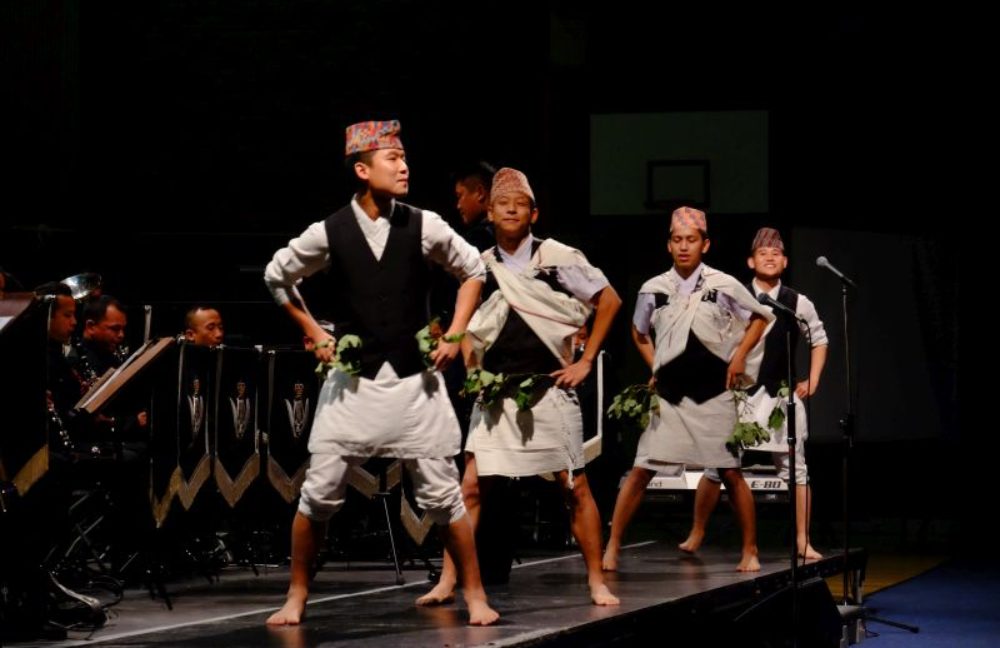 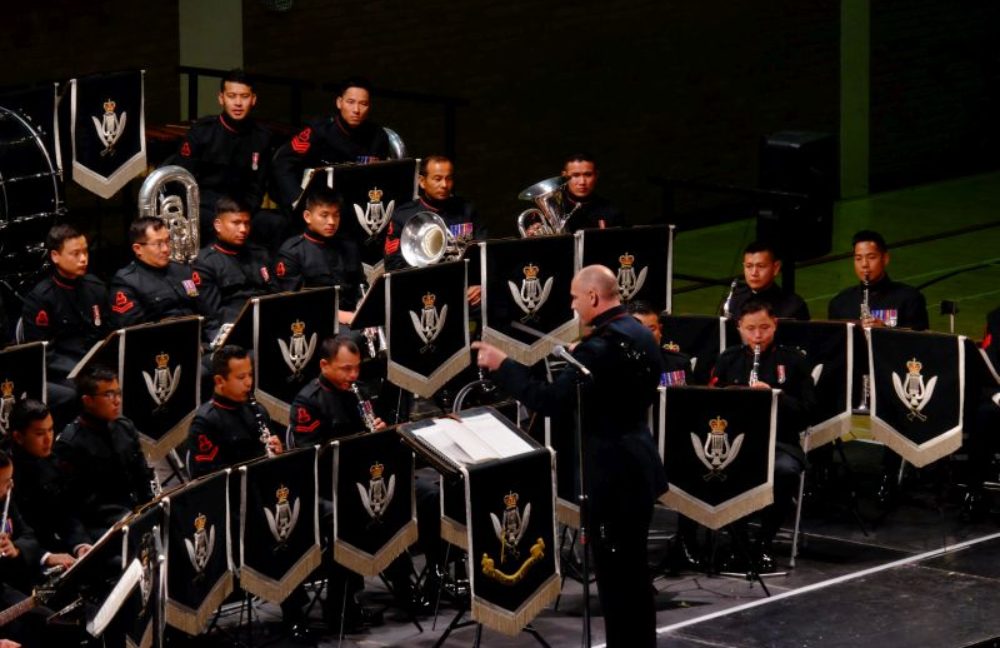 In 1950 the decision was made to raise a Staff Band for the Brigade and by 1958 there were two flourishing Gurkha bands. This happy state continued for some twelve years when, because of financial stringencies, the 2 bands were amalgamated. Hong Kong and the United Kingdom provided dual bases for the Band in support of the two Battalions of 2nd Goorkhas and other units of the Brigade of Gurkhas. Then in 1994 as a result of the withdrawal from Hong Kong the Band moved back to the United Kingdom permanently.   It has travelled extensively throughout the world. Australia, Brunei, Canada, South Korea and Malaya were visited in the 70’s and more recently Solomon Islands, The Falkland Islands, France, Canada, Korea, Germany, Cyprus, Belgium and Australia again in 1995.

Today, musicians are recruited into the Band after their basic military training. Initial musical instruction then commences, first under the supervision of the Director of Music then after approximately four years, at the Royal Military School of Music.