The annual Combat Arms Seaview Regatta was held at Seaview, Isle of Wight over the period 7th – 9th May 2019.  Sponsored by QIOPTIQ, this annual regatta is open to Infantry and Royal Armoured Corps crew of three soldiers. The Specialist Weapons School (SWS) entered a crew, consisting of Major Darren Szymanski (Chief Instructor Mortar Division) as the helmsman, with Lance Corporal (LCpl) Bal Thapa and Rifleman (Rfn) Prakash Tamang both from Gurkha Company Tavoleto, SWS as crew. Both were novice sailors, having never set foot on a sailing boat before. 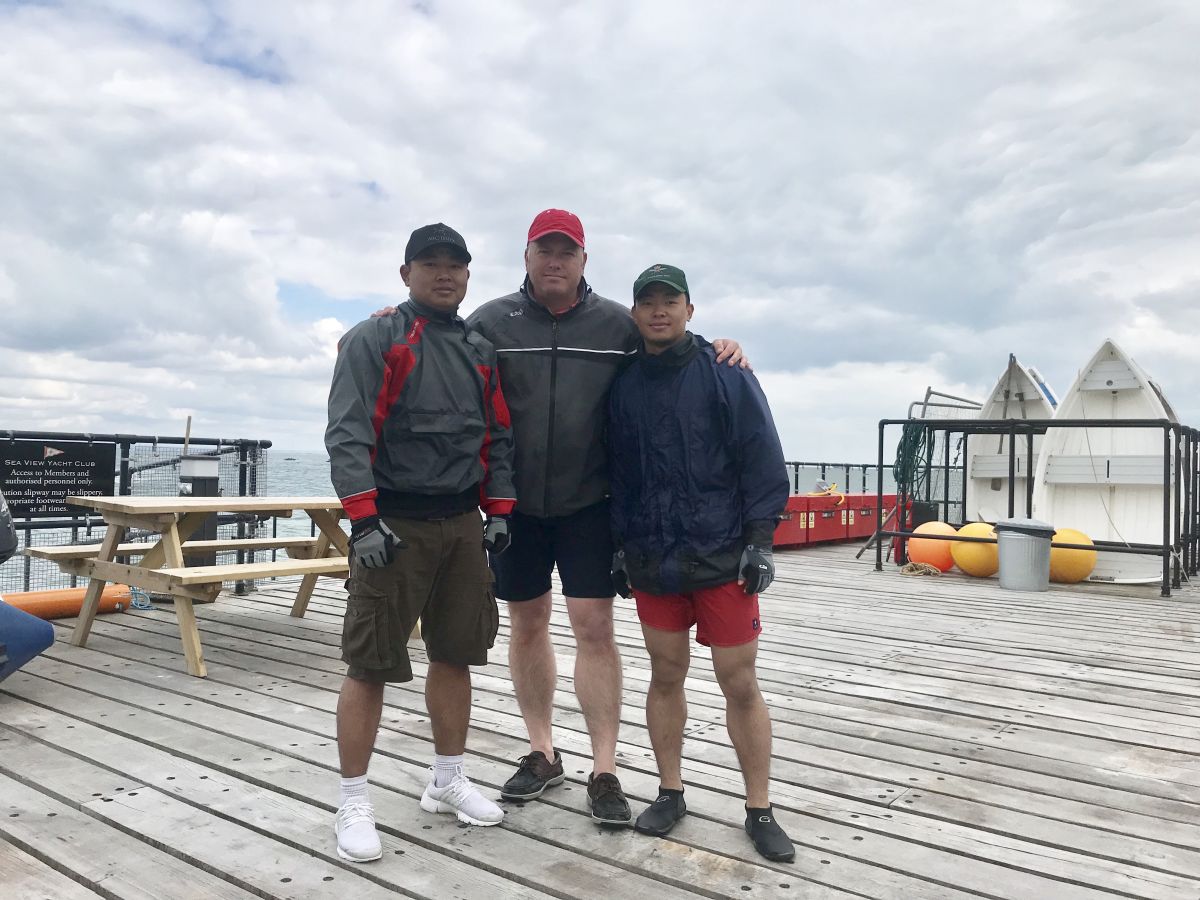 A total of 24 crew were competing this year, with a mixture of teams coming from major units representing their respective Regiments to ad hoc teams drawing from those at E, including a crew containing a mix of Infantry and Royal Armoured Corps personnel.

With minimal opportunity to familiarise the crew with the one design fleet of ‘Mermaid’ keelboats which we would be racing, much preparation was carried out shoreside, with LCpl Bal Thapa and Rfn Prakash keen to learn the techniques, rules and tactics which are vital when keelboat racing.

All racing took place on the coast immediately off Seaview, with the course for each race being set according to the wind and tidal conditions at the time, but all requiring crew to sail around windward and downwind buoys amongst a fleet of 12 boats in each race, testing the tactical and technical abilities of the crew over races which averaged around an hour per race.

The crew quickly found it’s groove, with LCpl Bal Thapa and Rfn Prakash rapidly learning the ‘ropes’ and anticipating the actions required prior to rounding each racing mark, something which is critical to maintain boat speed and hold or gain position in the fleet.

With each race, the crew confidence and proficiency increased, resulting in second (of 12 in each race) being the average finishing position across eight races, with the team’s worst placing being discarded. The discarded result was a ‘Retired from race’, which was a consequence of a very lumpy sea state which resulted in the whole boat and crew being underwater at one stage, with only the mast above the surface!

An hour of hard work bailing out got the boat in good order and the adrenalin pumping, and so we were able to race again. 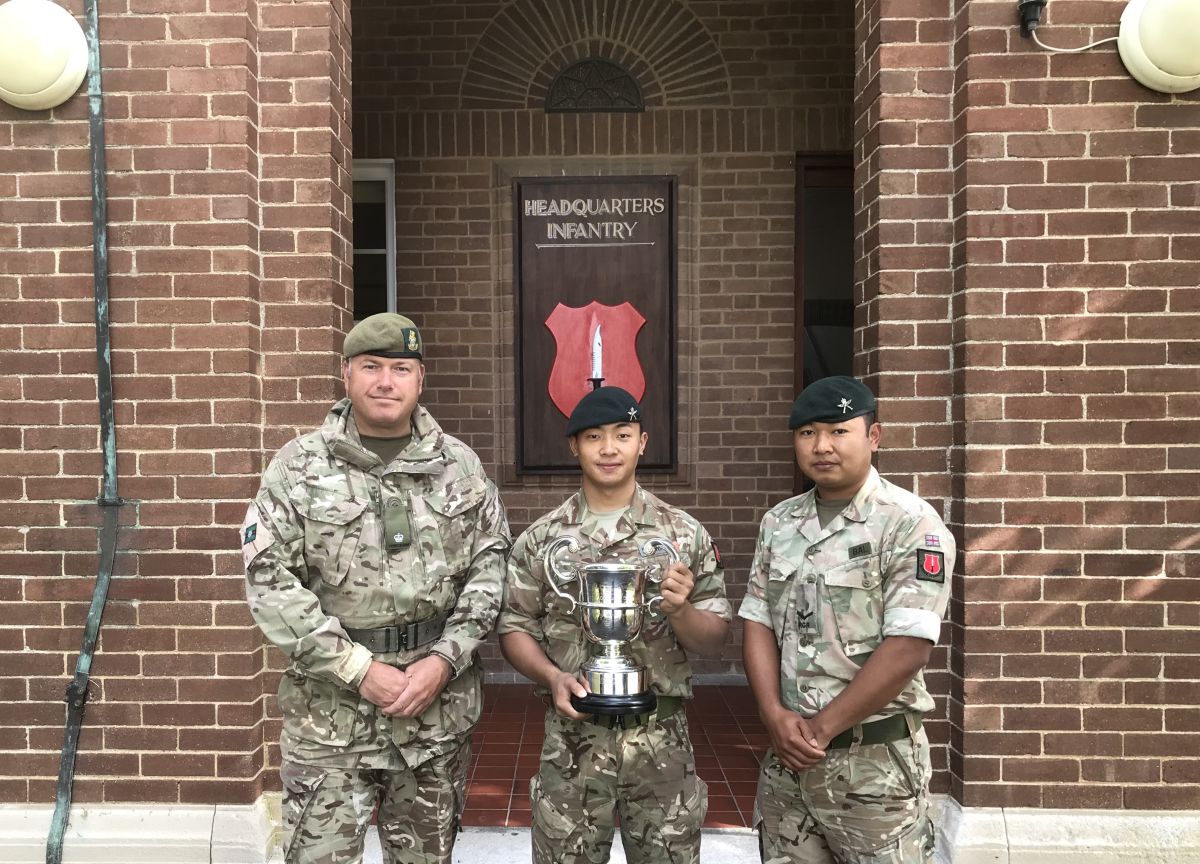 Over three days of racing this consistency was an outstanding achievement, enabled entirely by the skills and desire to win displayed by the whole crew; a true team effort. The end result being that the SWS team finished the regatta as the winning Infantry team, being awarded the Infantry Open cup as Infantry Champions 2019!

With an increasingly enthusiastic cohort of Gurkha soldiers who are keen to experience sailing, Gurkha Company Tavoleto are well placed to qualify young soldiers as competent sailors, with an aim to retain the title in 2020 and generate sailing expertise in depth, which will in turn feed potential crew back into 1 and 2 Royal Gurkha Rifles which will be able to enter this and other regattas in the future.