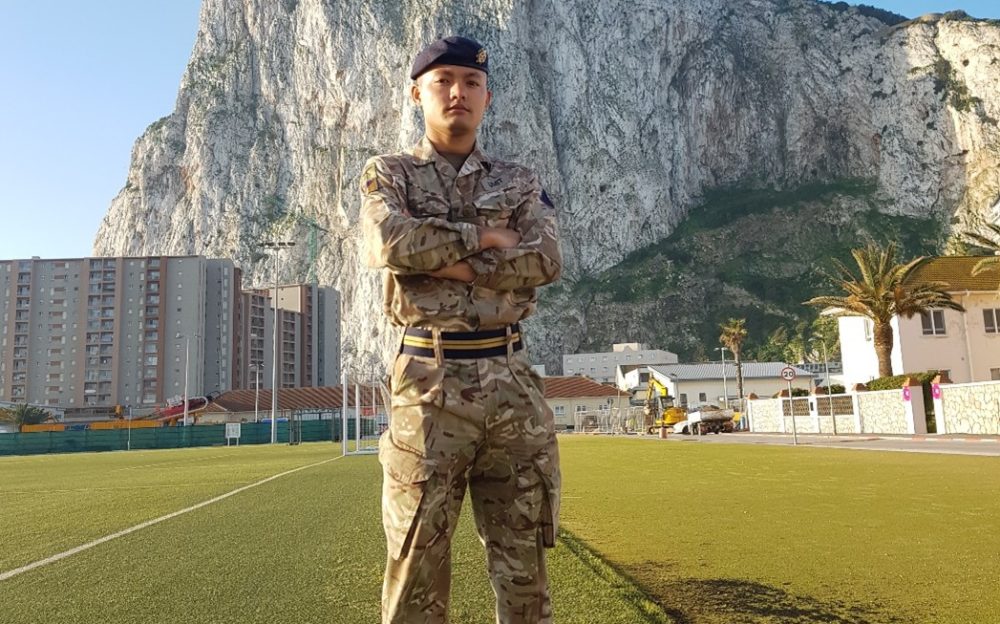 The annual award is competed for by a plethora of chefs of various ranks from across the Royal Logistic Corps chef trade and not just within the Brigade of Gurkhas. Th award is named after Wally Mackenzie, formerly of the Army Catering Corps. The award is granted every six months to a British Army chef for outstanding achievements, either in or out of the kitchen.

The award is granted every six months to a British Army Chef for outstanding achievements, either in or out of the kitchen and Pte Rai’s citation shows a clear indication of his commitment and dedication in both of these fields.

During Exercise LOYAL LEDA, he performed above and beyond to meet the catering output in demanding time pressures. For his outstanding contribution and resolve during extremely testing times, his efforts were recognised with a Chief of Staff Allied Rapid Reaction Corps’ (COSARRC) Coin.

Private Umit Rai also receives the “Conductors Coin” and certificate in recognition of his dedication to his Continuous Professional Development which is regarded very highly by the chef trade and the Royal Logistic Corps. To commemorate this incredible achievement, The Army Catering Training Trust has presented Private Umit Rai with a set of brand-new chefs’ knives, and traditionally a picture is placed on the wall of fame within the Food Services Training Wing at Worthy Down.

A truly outstanding year from Private Umit Rai who epitomises all that is good about the chef trade and the Queen’s Own Gurkha Logistic Regiment.