The Queen’s Truncheon Presentation to Her Majesty The Queen

On the 16th July 2019 The Royal Gurkha Rifles (RGR) formally presented The Queen’s Truncheon to Her Majesty The Queen in a private ceremony inside Buckingham Palace in the 1844 room. 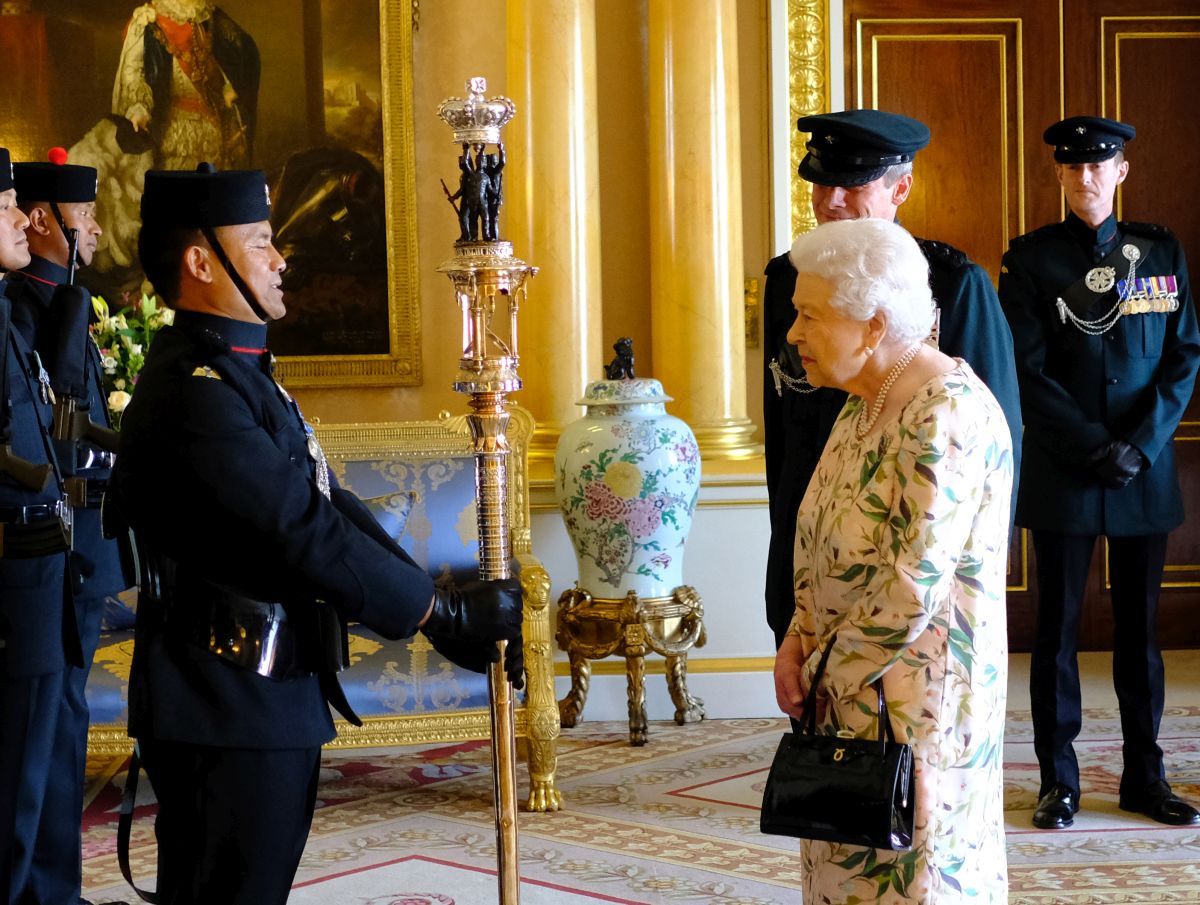 Present at the event were:

At 1240hrs Her Majesty The Queen entered the Marble Hall and was escorted to the Carnarvon Room by the Queen’s Gurkha Orderly Officers, where the Equerry presented Colonel RGR and Deputy Colonel RGR. 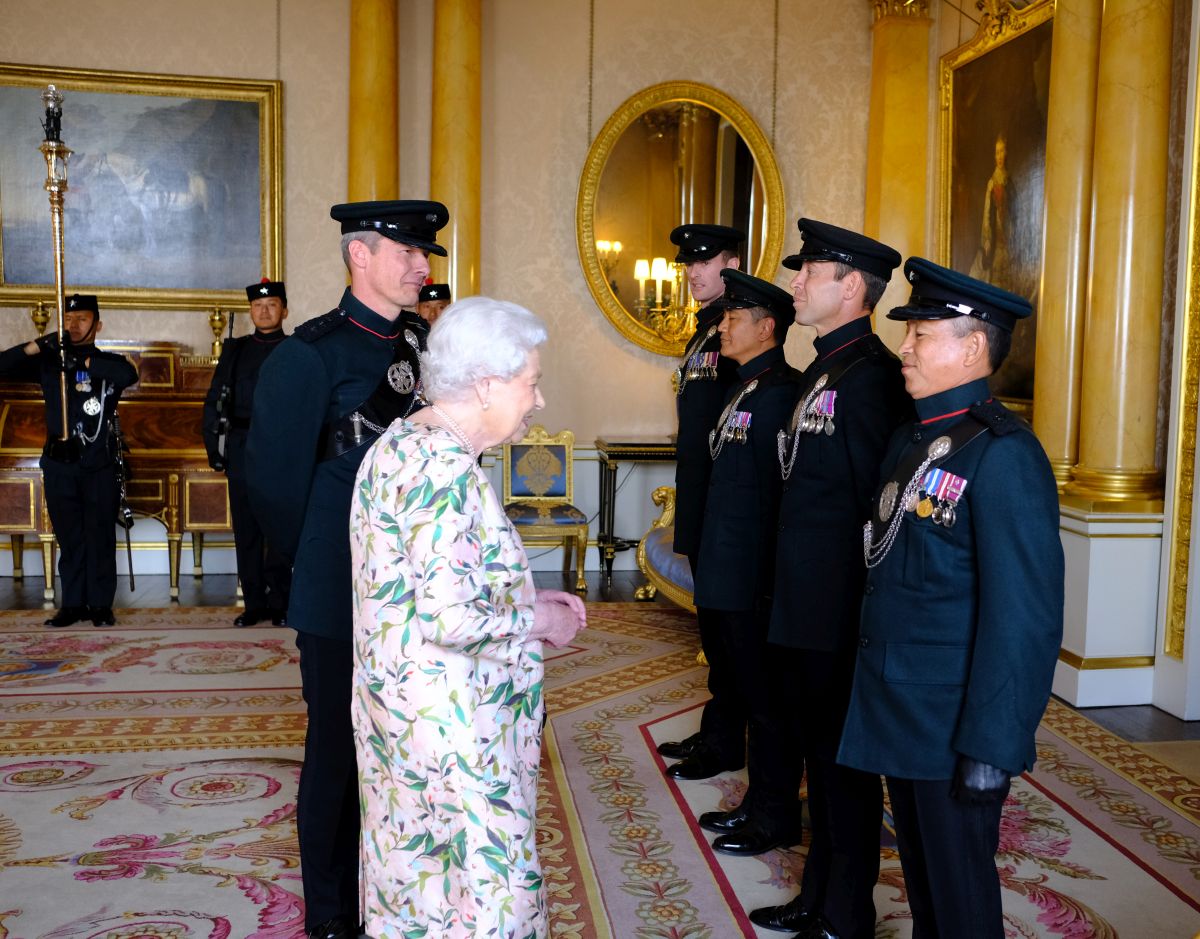 The Queen was then introduced to the RGR Command Group, taking time to speak to all four Officers. She then spoke to the Deputy Colonel RGR who escorted her from the 1844 room back to the Carnarvon Room where in a private ceremony she presented the two Queen’s Gurkha Orderly Officer with their Royal Victorian Order medals (MVO) in recognition of services to the Royal family during their tenure as Queen’s Gurkha Orderly Officers over the last 12 months.

More images from the event can be seen here.

History of The Queen’s Truncheon

During the Indian Mutiny in 1857-8 the Sirmoor Battalion (which later became the 2nd KEO Goorkhas, and latterly The Royal Gurkha Rifles) remained loyal to the British Crown. The Battalion, together with the Guides and the 60th Rifles, held the key position on the outskirts of Delhi known as Hindu Rao’s House for over three months of constant attack. During this period the 2nd Goorkhas suffered 327 casualties (including 8 of their 9 British Officers) out of a total strength of 490.

Following the conclusion of the mutiny, the 2nd Goorkhas were designated as a Rifle Regiment as a mark of the bond that had been created with the 60th Rifles. This explains the dark green uniforms, the rapid marching pace, and the title of Rifleman given to Gurkha soldiers. In addition, Queen Victoria directed that the Battalion be awarded a special truncheon to replace the Regimental Colours that could no longer be carried by a Rifle Regiment. The ornate Gurkha Truncheon (ceremonial staff), which is the Gurkha Rifles equivalent of a Regimental Colour (battle flag) was given to the Rifles by order of Queen Victoria in 1863 during a viewing of the truncheon in the Bow room at Buckingham Palace in London. The Queen’s Truncheon is still in service today, proudly guarded by The Royal Gurkha Rifles. There is an inscribed band around the staff of the truncheon to commemorate each occasion that it has subsequently been presented to the Sovereign.