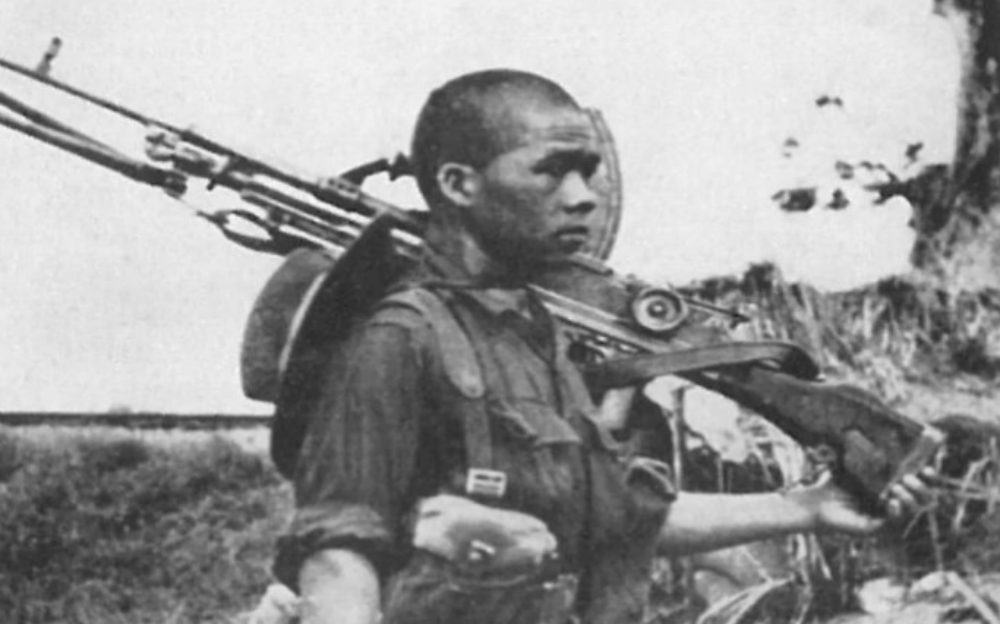 In August 1995, fifty years on from victory in Burma and the end of the Second World War, VJ Day was marked with a major parade in London. As a retired Gurkha General, I was in attendance, watching five of the six surviving Gurkha holders of the Victoria Cross won in the Burma campaign march past the Queen in the Mall.

Subsequently, I accompanied these five gallant Gurkhas to visit the late Field Marshal Bramall at his home in Surrey. Following copious drinks in his garden we all repaired to a popular Indian restaurant in Farnham. It was a happy, garrulous, and drink-fuelled gathering that began to attract attention from a packed restaurant. The Field Marshal stood up, called strongly for silence, and announced:

“Ladies and Gentlemen, I want to apologise for the noise, but you need to know that you are dining tonight with five holders of the Victoria Cross.” Immediately the whole restaurant rose to its feet and cheered the Gurkhas with a spontaneous round of applause. 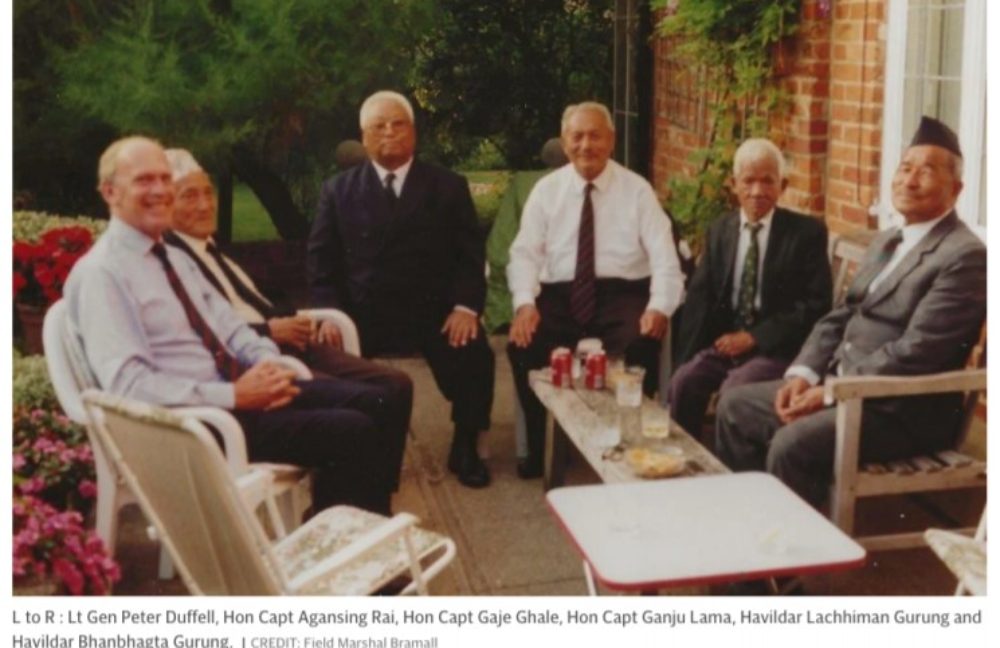 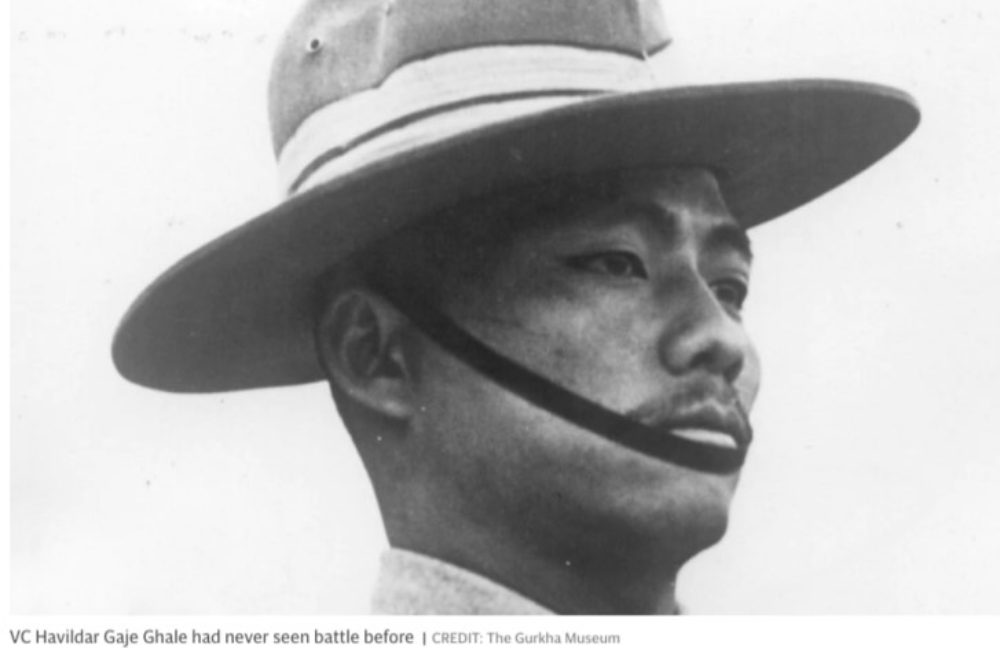 The story of those men is emblematic of the 35,000 officers and soldiers of the Gurkha Rifles led by General Bill Slim who helped bring the Second World War to a close but whose exploits have been overshadowed by history.

In December 1941 an expansionist Japan had entered the war on the side of the Axis Powers. In one hundred dark days much of South East Asia and more had fallen to a marauding Imperial army. Three Gurkha Battalions fought a gallant delaying battle in Malaya with their remnants ordered to surrender in the humiliating debacle of Singapore.

In January 1942 the Japanese invaded Burma.  Their aim was twofold: to cut off the flow of war material into Nationalist China along the Burma Road that was preventing their conquest of China and to place themselves at the gates of India and promote insurrection against the British Raj. The rich resources within Burma proved an additional lure.

The war in Burma was one of fluctuating fortunes. Led by General ‘Bill’ Slim it was fought with uncompromising ferocity against Japanese soldiers who gave no quarter until death intervened. Stubborn victories at Imphal and Kohima in 1944 eventually allowed General Slim and his Fourteenth Army to launch his offensive and expel the Japanese from Burma.

A total of 27 Gurkha Battalions of the British Indian Army and manned by the gallant and light-hearted hillmen from Nepal fought together with the British and many other Allied nationalities for General Slim in that punishing campaign – one that when set against battles closer to home in North Africa and Europe was overlooked. They remain known as a ‘Forgotten Army’. 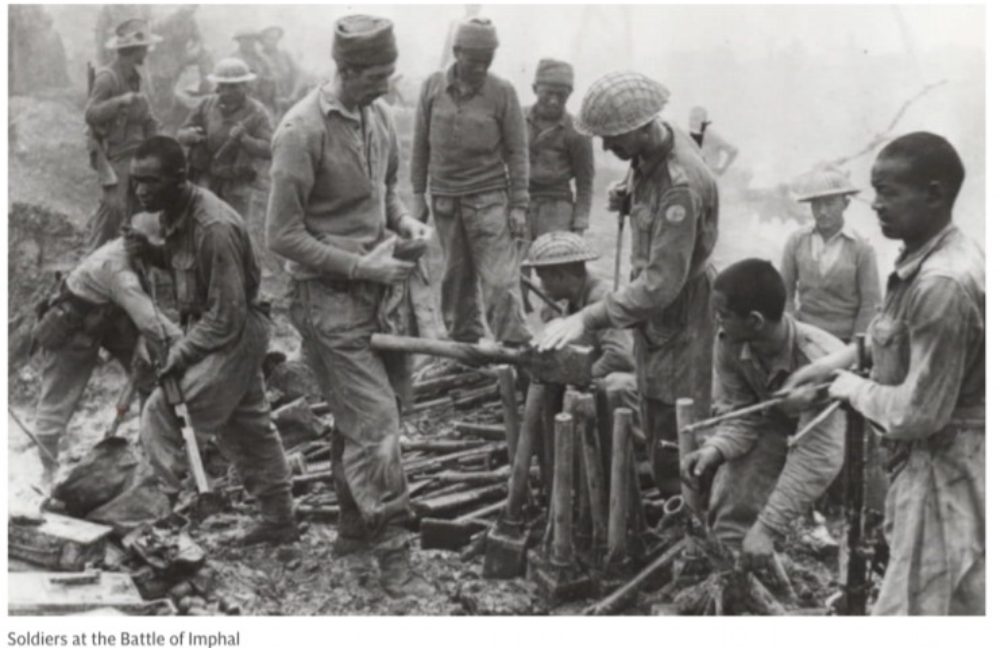 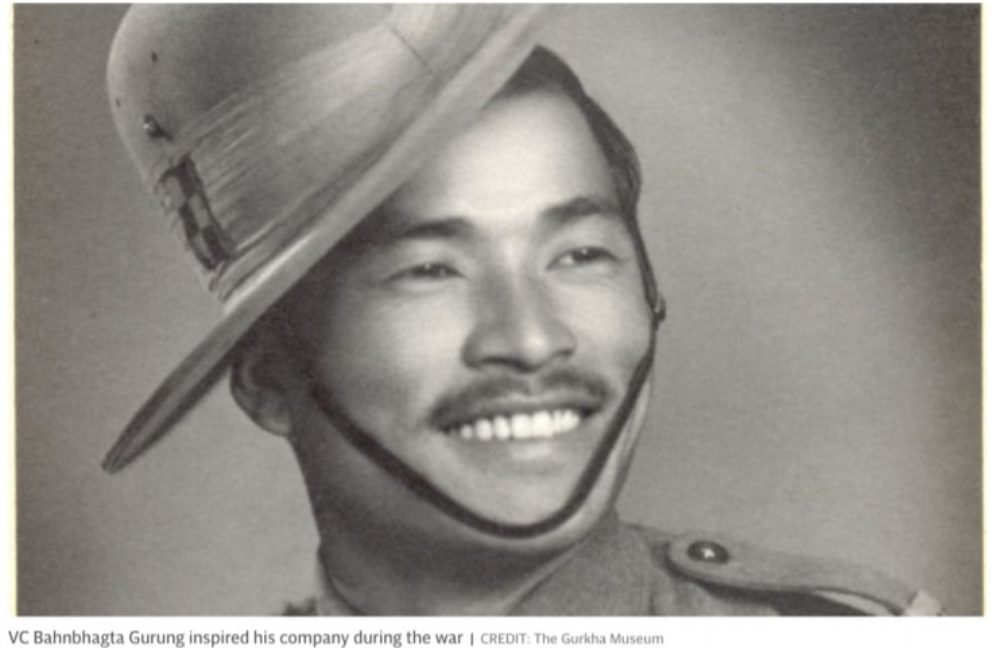 In 1964 I was 24 years old and commanding a Rifle Company of the Second Gurkhas in a jungle campaign against Indonesian forces in Borneo – a very minor echo of Burma and the Chindits endured. I soon recognised and admired the Gurkha soldier’s military character and fighting skills and the truth of General Slim’s words – ‘The Almighty created in the Gurkha an ideal infantryman…brave, tough, patient, adaptable, skilled in fieldcraft’.

All of those five Gurkha VC holders who we celebrated the 50th anniversary of VJ Day with are sadly all gone. But their heroic deeds outlive them.

Gaje Ghale, who had never seen action before, had won his VC in the Chin Hills in May 1943, a year before the notorious battles at Imphal in 1944 where Agansing Rai and Ganju Lama were to fight so heroically and win their Crosses. A further twelve months on and the Japanese were in fighting retreat from Burma. Defending his forward post on the west bank of the Irrawaddy, Lachhiman Gurung met them and in winning his VC lost an eye and a hand in a tenacious close-quarter fight that left 37 enemy dead in front of his trench.

I knew Bhanbhagta best – this rough, tough and blunt speaking soldier had belonged to my Regiment. In March 1945 as part of one of General Slim’s celebrated hooks into the rear of the retreating enemy, Bhanbhagta’s ‘B’ Company was attacking a strongly held Japanese feature south of the Arakan known as Snowdon East. His company was in trouble and taking casualties.

Then came one of those astonishing acts of bravery by one man that alters the course of a battle. Bhanbhagta’s section was pinned down by heavy Japanese fire and a tree sniper. Bhanbhagta, bravely stood up, engaged in a point-blank duel with the sniper and shot him dead. Continuing the advance, Bhanbhagta dashed forward alone and cleared a foxhole to his front killing two Japanese with grenades. Then, crawling on, he reached a second foxhole and killed the occupants with his bayonet. He dealt with two more foxholes in similar fashion.

Finally, Bhanbhagta reached a strong enemy bunker. Jumping onto its roof he flung in smoke grenades that flushed the Japanese into the open to be dealt with by his kukri. Then entering the bunker, he proceeded to batter a final Japanese soldier to death with rocks. This Rifleman’s brave, savage and angry assault inspired his company and led to the capture of the feature. ‘B’ Company had taken 45 casualties in this bitter attack, but 66 Japanese lay dead, Snowdon East belonged to the Gurkhas and Bhanbhagta had his Victoria Cross.

Not all witnesses to the Gurkha campaign in Burma have disappeared. A last Gurkha survivor of the Chindits – the men who waged guerrilla warfare deep behind enemy lines – now lives with his family in the centre of Kathmandu.

Captain Kulbahadur Gurung is 101-years-old and still takes a brisk 30-minute walk every morning. His hearing is fading but his eyesight is still strong. And memories of the battles he fought more than 75 years ago, remain seared on his mind.

Awarded the Military Medal for an action where he personally killed several Japanese, Havildar (Sergeant) Kulbahadur of the 3rd Battalion, 6th Gurkha Rifles (3/6GR), was commissioned in the field, and witnessed his Company Commander shot dead by his side during the Chindit battles.

Captain Kulbahadur Gurung still remembers other fierce battles he was involved in. During the Battle of Mogaung he commanded an ‘A’ Company platoon that flanked ‘B’ Company led by Captain Michael Allmand (another posthumous recipient of the VC in Burma) who was killed in action.

“There was so much fighting, so much machine gun fire” he recalls. “I lost fifteen men of my platoon, “I could not follow what was going on in B Company and I heard of Allmand’s death only after the battle.”

After so much fighting with 3/6GR he is still not sure for which Chindit action his own Military Medal was awarded. He was lucky to emerge unscathed, but cheerfully remembers the bullet holes in his Gurkha hat and backpack.

Even at the age of 101, Captain Kulbahadur Gurung personifies what the Gurkha soldier is all about – robust and gallant, a worthy friend and a fearsome foe – a surviving measure of the contribution the Gurkha soldier made in the Burma campaign that cost them 2,600 lives (including 113 of their British Officers). 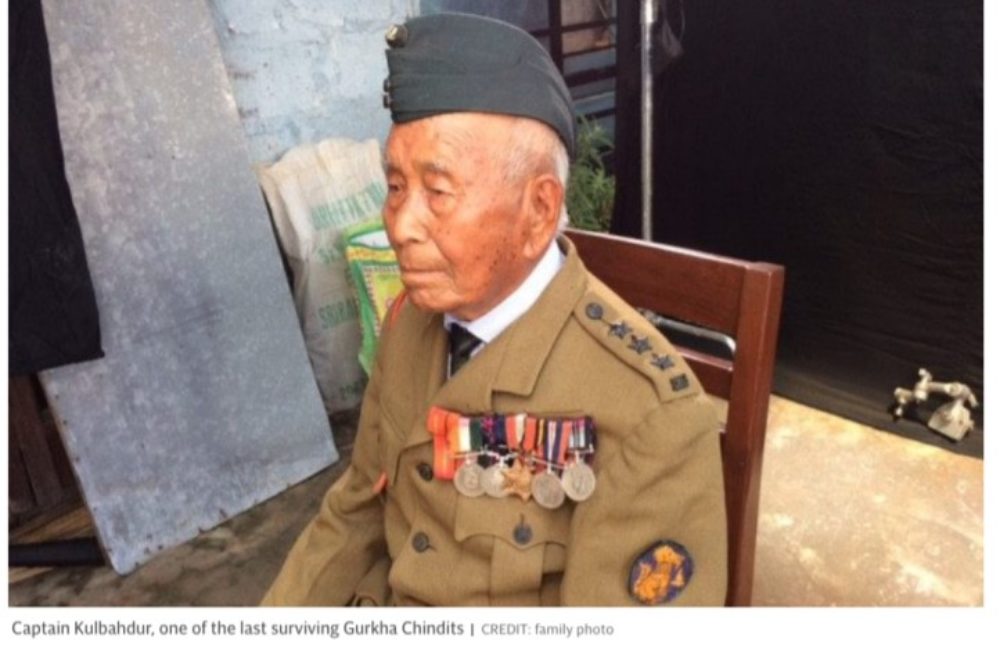